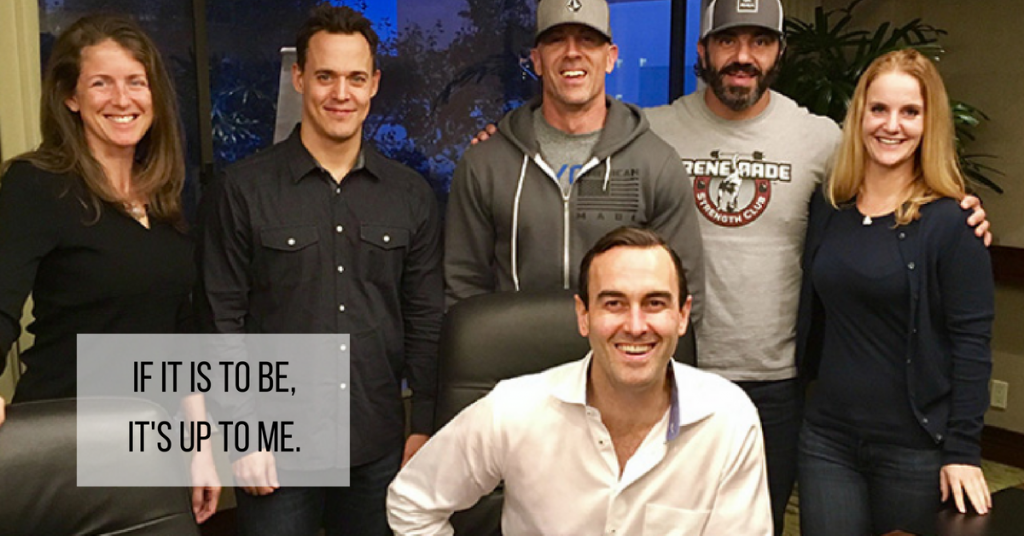 This is the most embarrassing podcast you’re ever going to hear from me, it starts with my introverted jerk story and it gets worse before it gets better.

At what point did you make the conscious decision that you need to start working on yourself?

I would say that I always knew.

I think that’s why I love the Big Brother thing so much because I definitely didn’t have a good role model as a father.

Tell our friends how early you started drinking beer.

I started drinking beer when I was 14, for sure. I remember ninth grade once or twice and then tenth grade every weekend.

It was the norm. That then became the norm for me until I was 30, which that’s when I really kick myself. I could have done so much more and was very hypocritical.

Tell our friends about the anxiety attack that you had and the circumstances that you had to go into the hospital.

I actually went to the hospital twice. The first time was on New Year’s Day 2006. I had gone out and just drank a ton of vodka Redbulls. I had drunk at least seven cans of Redbull that night. I remember waking up the next day, like 11 o’clock, got in the shower, and as soon as I got out of the shower the heart rate was pounding.

As soon as I walked outside I felt 10-20% better, so fresh air. That’s one of the tips I give people. You have to get outside. I go outside, I get in a cab, I start talking to the cab driver. Then I get to the emergency room, I walk in, I walk up to him, I say, “I think I’m having a heart attack”.

Turns out, it was an anxiety attack.

How does your business take off so quickly after all your struggles with anxiety??

It was letting go. Up until that point, I did everything myself. By 2010 I had assistance, but it was still top-down. Then around 2012 is when I started letting go, letting go of hey listen, I’m not going to tell you what to do.

I was not a good leader at that point, but I was still a little bit more open to other people driving some stuff. So a copywriter came in and he just wrote a sales letter. He took the stuff that I could do, the great programs. I reinvented myself in terms of the fitness base because before that I was turbulence training.

Why do you think you were able to all of a sudden start trusting others in your business?

I think it was because of the environmental exposure to other people. I would see you do it. I would see my business partner Matt Smith do it. I think Joel Marion is one of the most generous guys that we know and you mentioned Shawn Hatsell before. I remember Joel just let Shawn come down and spend two full days working beside Joel to learn everything he knew.

Also then all the affiliate parties that Joel would have, he had the biggest parties with over 100 people there. He was just giving so freely. He would take people on these affiliate trips. He was just so giving and so generous. I was such a cynical, skeptical jerk that I was like he’s doing this for a reason, but he’s not.

Then you being involved in Toys for Tots and your commitment to Shriner’s, and Matt driving the Toys for Tots thing, and the generosity that he has with friends. There is a couple other people in my life who are just super generous that it made me realize not everybody’s bitter, and cynical, and jealous like my father was.

What’s missing in this Craig’s life?

I think it’s what you have in your life that I look up to more than ever now, which is that partner and that support.

I think that’s what’s missing. It’s like the last little piece of the jigsaw puzzle and then it will just be exactly as advertised, perfect life.

Posted in Early to Rise Radio and tagged craig ballantyne, growth, Introverted, jerk
This error message is only visible to WordPress admins