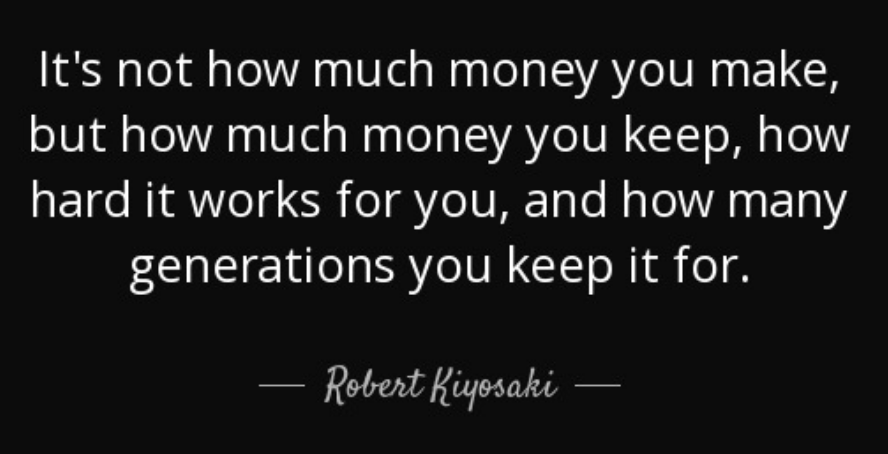 Today we are talking money and we will take a look behind the scenes of the most popular money myths with Garrett Gunderson, the CEO of Wealth Factory and a New York Times bestselling author of Killing Sacred Cows.

It’s actually based on scarcity, and the scarcity mindset is the greatest destroyer of wealth.

So if people are coming from a place of fear, lack, doubt, worry, entitlement, luck it keeps them away from having more wealth. On the other hand, there’s this kind of philosophy in finance of accumulation.

In accumulation, they believe that wealth is the function of three things.

So usually they’re saying invest early, often, and always, regardless of the outcome because they have things like dollar cost average, or notions like you’re in it for the long haul. But the problem with that model is it takes money to make money.

Not true. You have to have:

Where do we get this mentality that drives us to make bad decisions with our money?

Man, those greed glands are difficult because I consider myself financially savvy, and I still had a week where Bitcoin and cryptocurrency were entering my dreams. People that make money are the ones that are selling picks and shovels, not the ones trying to find the gold.

What are the 3 main things about accumulating money?

Stocks always go up, but the problem with that is there are fees that are coming out all the time.

What big 2018 tax changes should business owners be wide-eyed about?

It was supposed to be this amazing thing. And it really hasn’t been all that amazing.

But they also took away a lot of things:

Is there anything else on the investment stuff that you wanted to mention?

That’s antiquated rules that follow this accumulation philosophy. And maybe it’s good for the masses, but it’s not necessarily good for the entrepreneur. It can harm the entrepreneur to start other business, to make good money and put it in places that you don’t understand, you have no control over.

You have other people around you that are your outside eyes.

You need outside eyes on the problem. And then I also used the phrase, “Give some advice to somebody going through a problem, and then take that advice that you gave them and give it to yourself.”

In most cases, it’s the same thing. Since you no longer have emotion tied to the problem or the solution.

Now, you mentioned one of your books and we talked about another one, Killing Sacred Cows. Walk us through each one that you have and where people in different situations should start.

People can get my books for free here!

The first book I wrote was Killing Sacred Cows, and that’s really a roadmap of how to avoid the landmines and misinformation so that you can detect it so that subtle lies don’t lead you astray. Nine main myths that now all the sudden when you read it, you will be able to recognize them.

The next book I wrote, I co-authored, called Portal to Genius. It’s about launching and starting a business and dealing with tough cash flow times and how to be resourceful.

The book I wrote after that is called The Money Tree. Guild Media is distributing that, and that book is scarcity versus abundance, and it just walks down the two paths. One side shows the tree growing, one shows it dying. And it just keeps showing the branches each chapter and kind of unveils the whole plan.

Tell us about your weekend retreats that you have for business owners?

Yeah, so we do wealth acceleration workshops almost every month. And that’s an A to Z going through finances.

I believe we don’t get a second chance to create a legacy that lasts and live a life that we love. So that is really about putting the pieces together. That’s really for business owners doing between $1 and $10 million of revenue.

For people that are doing below a million we actually just created a program called Wealth Architecture where they can meet with someone one on one, every other week. We do two webinars a month. And there’s live Q and A on it. And then it’s got this entire financial network so they can have attorneys, accountants, and everything.

Thank you so much. It’s been really helpful. Anything else you wanted to mention?

Before you try to make more money, keep a lot more of what you make. Forget about budgeting. Set up just a separate account. Pay yourself first. Live off the rest. And it’s going to save you a boatload of time.