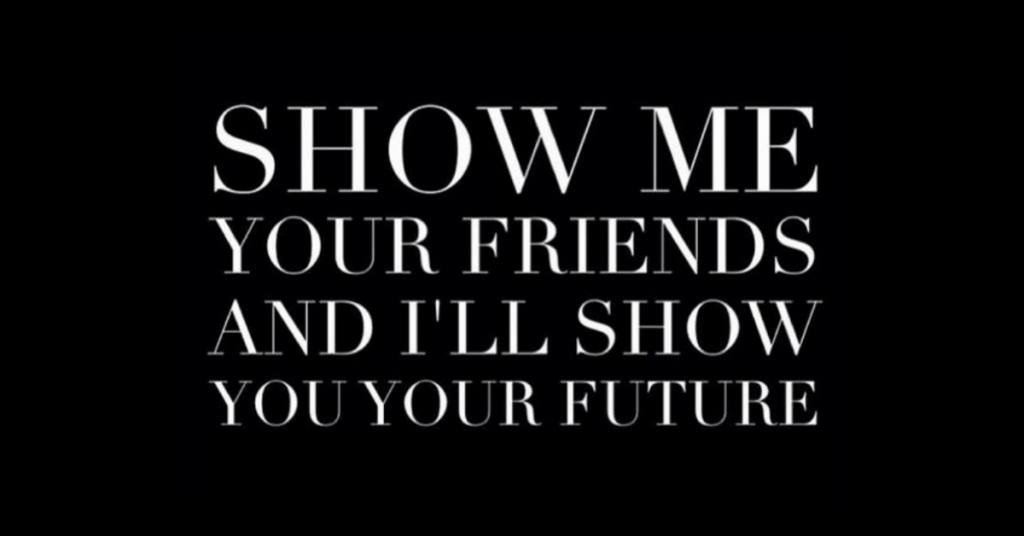 Give us a little bit of backstory about where you came from and how you landed as an author, speaker, and where you are today?

I actually began as a broadcaster, first in radio doing sports and then I was the late night news guy for a very small ABC affiliate out in the Midwestern United States. I was not particularly good at it. I could read the news, anybody can do that, but I certainly was not a journalist. Before long, not surprisingly, I was no longer in news and I graduated into sales.

The challenge was, I knew nothing about selling and the training where I first was working was negligible at best.

I really floundered for the first few months, eventually, I found my way into a bookstore. Now, this is almost 40 years ago, this is back when bookstores were most known for selling books, coffee. and all these other things. I saw there was a sales section which really surprised me, I didn’t realize that that was a thing that they were actually books on how to sell. I saw two books, one was by Zig Ziglar and one was by Tom Hopkins, and I absolutely devoured them.

I think the big thing was having a methodology, having a system, and to this day I define a system as simply the process of predictably achieving a goal based on a logical and specific set of how to principals.

Why sales from broadcasting?

I was in a really small market when I was in broadcasting so I wasn’t making a lot of money. When I realized that broadcasting was really not going to be my thing, I got into sales just as a way of earning some extra money.

And that wasn’t really happening either because I didn’t know how to sell.

When did you decide that it was the right time in the right space to start writing these books about giving as opposed to getting in the business world to create value?

At that time my biggest book was Endless Referrals and that was pretty much what I spoke on. I was writing monthly articles for a magazine in a niche market and John David Mann was the editor in chief of that magazine. Every month John would email back the article with the corrections and he was always just so nice about it.

We came up with the name Go-Giver as a kind of a playoff on the more common term go-getter. However, we also love go-getters, right? Go-getters are full of action, right? People who you know, we all know everyone listening to us we’re all business people. We know you can have the best ideas, the greatest thoughts, the most wonderful intent, but unless action is put into the mix, nothing’s going to happen so we love go-getters.

Fortunately, many go-getters are also go-givers. People who are laser-focused on providing value to others.

What is the Go-Giver Influencer going to give in the next chapter?

It’s five ideas, in this story, instead of there being one main mentor and one protégé, there were actually two mentors and two protégés because one of the protégés is selling their idea, which is a line of very healthy and delicious pet foods, and the other one, Gillian, she is the buyer for a company that is a national pet supply store. They each have something the other one wants, needs, and/or desires.

It should be an absolute business marriage made in heaven, but it’s not, it’s anything but that, and you’ve seen this so often, but both parties, Jillian and Jackson both coming at it from their own points of view, their own needs, their own wants, their own desires, their own challenges and they were not focused on the other person.

There’s just too much information at our disposal. I can’t help but think a 173-page book could’ve been distilled down to 20-30 pages. Did you consider that? Has that ever been a consideration?

I think that’s important, I think the more we can distill into, and I think you can do that by the way, with a how-to book, but not much, I think that’s something that should be a goal of any writer to say what you need to say in as few words as possible. It’s what the market is looking for and for good reason.

Once you’re able to connect, then the selling can start. Whether it’s selling the idea in terms of the book or weather in sales, which is why I say that all things being equal that the know, like, and trust. Because once someone knows, likes and trusts you now the actual conveying the idea once you understand what they need, want, and desire, now you can connect the benefits of your product or service with their needs, wants and desires.

Do you have any specific tactics or approaches to being able to separate that reason from feelings and vice-versa, so that they’re both at play in that relationship?

I think this is one of the most important aspects of all because it all begins with mastering your emotions. A person who can control their own emotions and make of an enemy – or of a potential enemy, a friend.

It’s only when we’re in control of our emotions that we’re even in a position to take a potentially negative situation or a person and turn it into a win for everyone involved.

We back up those emotional decisions with logic, we all know this. We rationalize, whichIf we take the word rationalize it simply means we tell ourselves rational lies. We do that to justify doing what we know we shouldn’t have. Again, I want to come back first to a great point you made. We’re not saying you should be a robot, some unemotional robot. We’re not saying you should deny your emotions.

Are there tools that you have used successfully for yourself to help you master your emotions and create that healthy relationship between the two?

Here’s what I’m going to suggest, let’s say you know, there’s a certain person or situation that really pushes your buttons, happens again and again and again. Picture what usually happens and picture the feeling you get afterward.

It’s not bothering you. You’re very zen about it. And that you say the exact right things and don’t worry about that right now, that comes later. But right now I just want you to picture that happening in your mind and I want you to feel what you feel like afterward, how good you feel about the fact that you handled it so well.

How do we go about finding our own coach? What qualities are we looking for? Where do you recommend people go?

I think mentorship is so very important. I mean, you find a good mentor, it cuts your learning curve time down five years.

I’ve always been very lucky that I mean my first mentors were my parents. So I’m very blessed with that, but it also seemed like growing up into adulthood, I could seem to come across the mentors I needed when I needed them.

I think there’s a couple of things:

Is there an actual tool out there that people can use or a website that people should know about that will help them connect the more easily to someone who’s appropriate?

I’m not sure that you find a coach necessarily by doing a Google search as much as use that to research the person that you already want to have as your mentor, but I’m also not saying that you wouldn’t either because that’s also a great idea.

It also depends upon what you do, what line of work you’re in, who you’re most likely to meet and how you’re most likely to meet them but the medium doesn’t really matter. You can connect with people and you can reach out to people and again, I think even if it’s someone where there is no relationship, I think as long as you do it respectfully, not with a sense of entitlement but with a sense of gratitude. I think it’s fine.

For a broad sales audience, what do you do with a salesperson who doesn’t believe in the product they’re selling or who has a quota to fill in, that’s all they care about?

They’re going to buy from you only because they believe they’ll be better off by doing so than by not doing so. That’s the only reason why they should buy from you. What that does is it says to the salesperson that it’s in your best interest to actually put the interest of the customer first.

Is it possible at all that there are some people out there who are just not cut out to be influencers?

We’ve all seen people who seem to have this inclination, this natural kind of way of being able to connect with others and so forth. Now, to the degree that they study it, and they can get better at it they can improve.

Now, a person who has really very little inclination in that way, I believe they can study these things and be a lot more effective than they normally would be. However, it’s still going to be only to a certain degree, but I think that’s few and far between.

What’s the next book going to be? What’s still missing from the Go-Giver?

That’s a great question because when we get through a book, we’re really not even thinking of the next book. We put so much into this and personally and I’ve got probably 10 or 11, I think maybe 12 books, out there altogether. I’ve got to tell you, after every single one I’ve said, that’s the last one I’m doing.

But still, it’s a long process. Then, of course, I’m back to another book within a year or two. I don’t know, I don’t know what more Pindar and his protégés in that fictional city that all the Go-Giver books are in. I don’t know if they have something else they want to talk about, that something that comes up and a year or two or three years, I really don’t know, but it’s a great question. I love the question.

So thanks for listening to Early to Rise Radio and if you get a chance, head over to Bob’s podcast and listen to his interview with me, but in the meantime, head over to iTunes today and rate the show. Share with your friends and don’t forget building your Go-Giver Influence, so that you can go and build your own life and never stop learning, and make those big leaps to the next level.