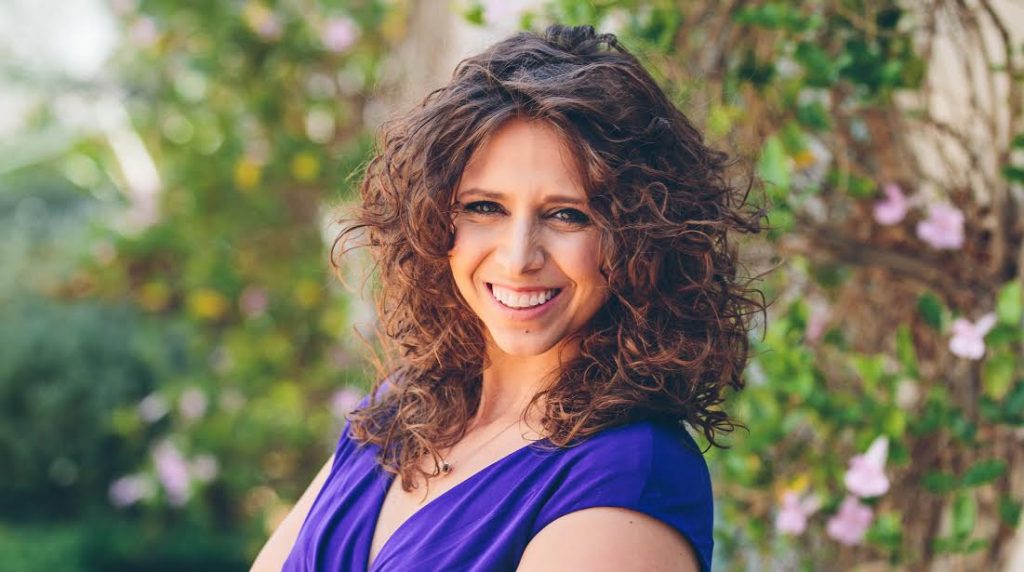 According to Dark Arts Persuasiveness coach, Shari Alexander, most people aren’t making the most of the words that they use. They’re losing out on the power of positive, profitable influence.

Shari knows all about this. You see, she spent years interviewing masters of influence, including:

You’re described as a persuasiveness coach who’s bringing the “dark arts of influence” into the light. For someone who’s not familiar, can you unpack that a little bit?

I have always had a distinct passion for the power of words:

I wanted to seek out who are the superheroes of words. Who are the ones who have been able to harness that power and use it at its highest level.

I earned from con artists and hostage negotiators

I translate everything that I’ve learned from those people and I take it from the major leagues that they’re playing in and I bring it down to the minors and help people be better leaders, sell more in their business, and communicate their message in an authentic way that is still influential.

How did you decide to go into this field of work?

I was an actress and that was the plan was I was going to be an actress and be on stages on Broadway. Once I decided that wasn’t the right path for me, I got my one and only “real job”. I did PR work for a national nonprofit, and it was in that context of people who are just business types who didn’t have the skill set that I had learned from my stage training.

I was able to land the largest account that they had seen in over five years and I did it within the first six weeks of being on the job.

Can you talk a little bit about what specifically was lacking in other people’s communication and their use of words?

One of the biggest skill sets is how can you create a movie in somebody’s mind and how can you create the movie of what it’s like if they don’t work with you. You don’t want to go into the dark arts of manipulating somebody and making them feel horrible about themselves.

You mentioned before that you have a fraction of the talent that is part of this world. So what do you still struggle with, in that realm?

When I’m not in Superstar Shari mode or I’m selling something or if I’m speaking at a conference of some sort, my weird everyday life issue is I lean towards listening more than I talk.

I often walk away from gatherings or house parties with me knowing every detail of somebody’s life.

How many of your “dark arts” tools do you actually advocate people using and how do you deal with the ethical issues and that line between influence and manipulation?

Manipulation: Inherently, this means that your actions could lead to a negative outcome for the other person. Now, in that realm, we’re just talking about words.
Coercion: Meaning that you are putting the other person either under physical or psychological threat.
Torture: A level of coercion or saying that your family could get harmed if you don’t take this action is coercion.

So that’s definitely the depths of the dark arts which we do not touch. I argue that every technique that you perceive to be negative can be used positively.

To the second part of your question, I always speak on how these tools can be used for positive purposes because there is an instant negative association with the word influence.

Influence at its best goes completely unnoticed. It’s like a magic show. If you see how the trick is done, then that’s a terrible magician, but when the trick happens and you have no clue how in the world she did it, well now, that’s real quote-unquote “real magic”. That’s how influence should be.

How often do you see that tool being used unwittingly to negative ends and how much effort do you spend making that known to people?

I don’t think I see it very often where somebody is unwittingly using it negatively. Meaning that they have the intention to be manipulative.

What I often see: People trying to copy influential techniques without understanding the principles and therefore it’s sloppy, it’s poorly done and that’s why their e-mail marketing isn’t working, that’s why their sales conversations are closing, that’s why nobody signing up for their lead magnet on their website.

I’m wondering if you could talk a little bit about what people should be aware of as far as facial expressions and body language.

I’m certified in microexpressions and body language, and that’s where I started as well. I honestly thought that it would be a bigger portion of this conversation about influential communication, but what I’ve discovered is there’s a whole lot of misinformation about body language.

In my time doing this where I see the biggest knowledge gap is really in the how to guide a conversation successfully:

And so basically what that boils down to is people don’t know how to have strategic conversations and that’s where I step in.

What kinds of people have been most successful and do those people need to come to the table with some prerequisites for them to be successful?

No, I really don’t think that there’s a prerequisite.

You know, you have to put in the work. What I offer my clients is almost shedding light on things they already inherently know and then when they see the ripple effect of learning this information meaning yeah, I predominately talk about sales and I talk about marketing, but this stuff applies to having a great relationship with your significant other. This stuff applies to being more successful as a parent. It applies to meeting people in the dating scene.

Communication is universal. So when they see so many levels of the application really and truly it becomes even more simple for them because it’s a constant factor in their life.

What do you offer your clients to keep them on track and hold them accountable?

What I teach is very situation based. There’s not a lot of routine to it because if we talk about the word organic, there’s no routine conversation. If there is routine in every conversation, then that in of itself is a problem, because you clearly aren’t opening yourself up to opportunities or being observant to see the subtext of what somebody’s saying and be able to go down certain rabbit holes with people to get to something new and interesting and undiscovered.

What tools are you giving your clients to move ahead in the digital world so that they’re communicating and influencing effectively?

Every single thing can be used in the digital realm. There’s not one thing that I teach that can’t be applied digitally. In fact, most of my clients apply them digitally.

If human communication is trending digitally and there is no denying that we as human beings, our hard wiring is that we want to feel connected.

So, if anything, I especially want the entrepreneurs that are listening to this, to realize that human communication, that human interaction, that element that is not going anywhere, which is our humanity, is now worth so much more than it was in the ’60s, in the ’70s, in the ’80s, because people are putting way too much focus on digital, and if you can be the person that can have that conversation that spurs their emotions, that charges their heart, that opens their eyes, that energizes their mind, then congratulations you have the, you know, yellow brick road paved right in front of you.

What major pitfalls are you seeing in those realms today, specifically in government and politics, and how can we learn from those?

Well, to be honest, I think politicians are still struggling and still trying to catch up with the digital era.

I think that politicians are struggling with how to keep up with it, how to control the narrative and also because our consumption of news is so fast, it’s difficult for politicians to make an imprint and make a real true connection in a positive way.

Usually the only time you know the name of a politician is when they’ve screwed up.

Honestly, I think over time my hope is that we see more authentic politicians that actually speak their mind. I know it’s going to take a while, but the reason why I say that is one of the reasons why you don’t know politicians is because they try to be so vanilla. They try to be so politically correct. They’re editing their words. They just come across as talking statues.

Awesome. Great. All right, well again, thank you, Shari, so much for your time.

Thank you so much, Shari and Jeff. What great advice and so much of it can be used every single day, even right now in your next conversation.

Shari showed that words are powerful and they can change your life. So I’d love to hear what you think about today’s show and how you’re going to use Shari’s advice to build your brand, land a sale, and improve your relationships.

Keep me posted and please email me at support@earlytorise.com or send me a message on Instagram or Twitter.