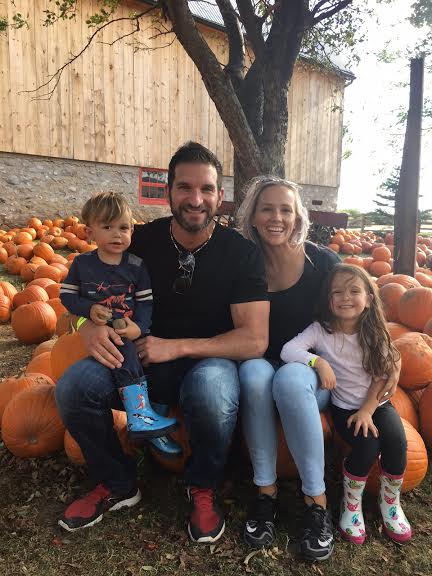 I am here with Vince Del Monte and Flavia Del Monte, two of my favorite people in the world because they have really truly mastered the five seasons of life; health, wealth, personal relationships, family, and personal development. Their success has helped them as they are putting together a great life. I am talking to them today about the morning routines, the busy routines of busy parents and how to be productive and how to have communication between partners so that you live a better life and you’re able to succeed in your work and home life and raise great kids.

Tell me about your daily routines before you were married…

Flavia: Before I was married, I was not an entrepreneur. I was busy working off my student loans so I worked about 60 hours a week. Any routines that I had was really just working and working out.

Vince: When I was a runner, we competed on the weekends. We had set workouts every day of the week and then I work so everything was regimented. I was a creature of habit and routine.

Everyone always focuses on the difficulties and negatives of being busy, married entrepreneurs, let’s focus on what’s better about this than when you were busy, single entrepreneurs

Vince: I think the biggest challenge was going from having all the independence in the world to having no independence, but the big benefit is that I’ve always wanted to have a family and I’ve never wanted to kick my family to the curb. I’ve always known that I want to be an inspiration to men beyond just fitness. I looked at it as an opportunity. I didn’t look at this as a sacrifice because I realize that my ultimate legacy isn’t going to be my business, it’s going to be my kids.

In marriage when there are a lot more responsibilities, you’ve got to work smarter and not harder and you go to work on most things that put money in the bank account and that are actually going to move the business forward. If there’s an emergency, let’s say the air conditioner breaks down, you want to just say, “Write the bill or write the checks.” These are just basic things.

Flavia: I would say that what makes a good marriage is the way that you fight and vice versa. I think what damages a relationship is not fighting well. If you are an effective communicator, it’s going to help those fights instead of throwing a temper tantrum. Instead of that, we’re actually communicating about what the root problem is.

Vince, what about communication for you?

How has faith helped your routines and how you keep structure and raise your kids so everybody is happy and healthy?

Flavia: When you’re trying to love God and love others, you are going to represent strive to be more like Christ. You’re just going to become a better person and so I think that’s what we’ve done really well recently.

Vince: A better version of us is what Christ would consider a better version of us. We both have a model of what we’re striving for. It’s set from an independent source. That way as was we both move towards it, we’re built. If you look at a triangle, I’m at the bottom left and she’s at the bottom right and God is at the pinnacle, as we both move towards that, it brings us closer together.

What some books that you would recommend or YouTube videos or other resources Flavia?

If one of the kids get sick, what the heck do you guys do? How do you deal with that? How do your minds get back on track when you get thrown off the rails like that?

Flavia: Vince’s routine has to stay the same. One of us has to be providing. So that’s my role. When the kids are sick, I take over and I want to take over. I try to only ask for help from Vince if I really need it. My day gets put on hold. They’re the most important things. So regardless if I had anything going on, it just stops.

For people questioning how to balance family, health, wealth building and maybe faith, what’s your number one tip?

Vince: You just need to get clarity on your goals. Getting clarity of vision and then clarity of path would be the biggest things. I kid you not Craig, going to your workshop would be a huge first step for anyone.

Flavia: As you say all the time, structure equals freedom. I think to work on yourself like scheduling some time in your day to read, listen to a podcast, doing something that will propel you forward. Never stop changing.

So, listen, you know what? I want to hear what you thought of today’s episode. Just email support@earlyrise.com or send me a message on Instagram or Twitter. Thanks for listening to Early to Rise Radio.

Posted in Early to Rise Radio