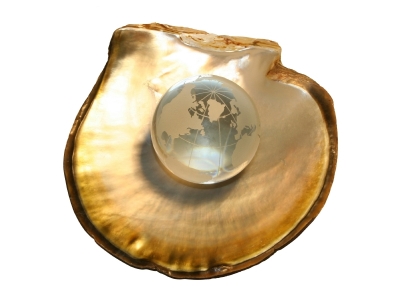 Luck has been in my corner since day one back in 1975.

I was extraordinarily lucky to be born in Canada into a lower-middle class family. Lucky enough to have been educated in the years of the first home computer, to have come of age with the first Internet generation, and to have stumbled across Internet Marketing before everyone and their uncle knew about it.

When I was a child I was also lucky enough to have an alcoholic, underachieving, embarrassing father who gave me the first chip on my shoulder, one that compelled me to work harder, achieve more, and go further so that I could escape his shadow.

I was also lucky my mother had dropped out of high school and spent the rest of her life working for barely more than the minimum wage, never earning more than $28,000 in a year (an amount that I’ve made in a single day on several occasions). I was lucky, because of her mistakes, that she would never let me make the same ones.

And boy was I lucky to have went to grade school with patches on my knees, for this caused me great embarrassment and instilled in me the drive to do better, to excel in school, to get into the best program in college, to make the Dean’s Honor List three years in a row, to get accepted into a Master’s program, and to study until 10 p.m. on weekends so I could earn a scholarship to help me pay for 6 years of post-secondary education — so that I’d never feel embarrassed like that again.

It’s as though I’ve had a horseshoe made out of rabbit’s feet around my neck for these past thirty years.

I’ve also been lucky to make friends with entrepreneurs like Bedros Keuilian, a real-life American Dream. Bedros was lucky to have been born in Armenia (then part of the Soviet Union) and to have a father that gambled his family’s safety by bribing their way out of the USSR so they could arrive virtually penniless in America (legally).

Bedros was also lucky enough to arrive in America in 1980 without being able to speak a lick of English. He was fortunate that his family was so poor that he had to dumpster-dive behind grocery stores for food.

Without this luck, Bedros wouldn’t have the burning desire that has allowed him to succeed and create a better life. He calls this The Immigrant Edge, and claims it to be his secret weapon for success.

“Craig,” he often says to me, “My kids will never have to spend an hour of their lives in daycare thanks to my luck.”

And I’m lucky enough to be friends with Matt Smith, another lucky young man from my generation who, like me, grew up with a disappointment of a dad and a mother that spent the little money she had to take care of her children.

Among Matt’s lucky childhood experiences was the night when his mother scraped together a few dollars for a special Friday dinner of take-out pizza. That night, the Smiths were lucky to have mistakenly left the pizza on top of the car as they drove away. The pizza fell off the car’s roof into the middle of a busy intersection — where car after car drove over it — and this was a lucky break for Matt.

Because the Smiths’ had no money to go and buy a replacement pizza. And so Matt will forever remember that night — and that feeling — as something he will never want to experience again. It’s just another lucky motivator in his drive to do better and succeed so that his children won’t have to experience that great fortune.

That kind of luck leaves a burning desire that NOTHING — certainly not a life of iPhones,  TV’s in every room of the house, unending after-school activities, or 24/7 Internet and cable TV access — could ever top.

My luck continues. I’m fortunate to know Isabel De Los Rios, one of the world’s most successful nutrition experts, who herself was lucky enough to spend almost a decade as an unhealthy, overweight, and unhappy young woman, so that she could truly understand the troubles that her millions of female clients go through.

Isabel was also lucky enough to be downright broke when she applied to my Mastermind Group in 2008, having to borrow the money from her fiancé. Her luck caused her to work harder than almost any other person I’ve ever coached. This has allowed her to pull herself up from financial distress and into a business where today she has over 1,000,000 customers that have been lucky enough to get Isabel’s help as they change their lives.

This is the luckiest group of individuals you might ever meet. We were lucky to have had the experiences we did because they taught us so much and drove us to great action. Without our setbacks, what would we have achieved? We have been part of the luckiest generations to have ever lived.

What about your luck? Have you lucked out and been fortunate to have gone through similar struggles? Have you been given the inspiration to work harder than ever, to explore new opportunities to take control of your future, and that drive you towards financial independence? Are you one of the fortunate ones that were not born with a silver spoon so that you could learn the importance of adding value to the world in exchange for a fair return? Have you been lucky enough to fail again and again?

Failure is good luck. Just listen to these experts.

“Problems are in your life so that you can discover potentials that you didn’t even know you had.” – Barry Michels

“Failure is a detour, not a dead-end street.” – Zig Ziglar

“Every adversity, every failure, every heartache carries with it the seed on an equal or greater benefit.” – Napolean Hill

“Success is not final, failure is not fatal: it is the courage to continue that counts.” -Winston Churchill

“Everybody in your situation has the same choice: you can rue your situation or you can dedicate yourself to changing it. Accept responsibility for your future. Refuse to complain, criticize, or condemn. If you want us to help you achieve your goals, then trust in and follow our advice. Stop doubting it. Stop denying it. Have faith.” – Mark Ford

I can only hope you’ve been as lucky as I have over the years. And the old saying is true, you know, “The harder I work, the luckier I get.” So take that luck that you get and press it. Keep on pushing. It only gets easier from here.

Posted in Family, Lifestyle, Motivation, Self-Improvement, Work
This error message is only visible to WordPress admins