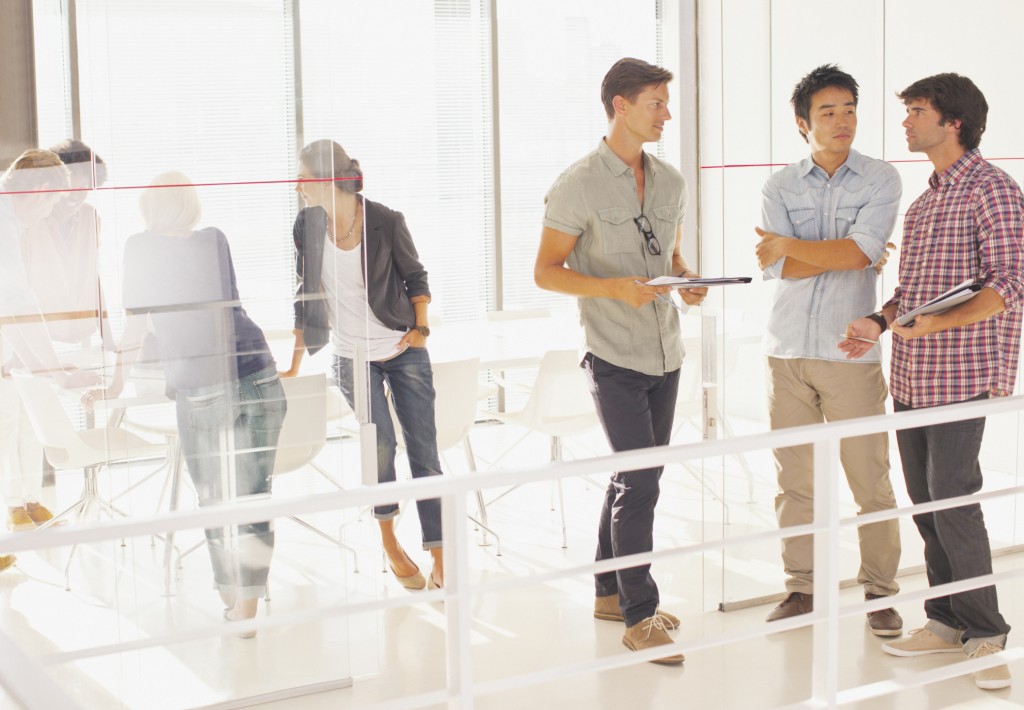 “I come from a poor family. I want to start a business and make money to help them. But when I see successful businesspeople depicted on TV and in the movies, it seems like lying and cheating and screwing people is the way to go. I’m worried. Is that what I’m going to have to do?”

This question was posed just after I had given a presentation on entrepreneurship to a group of MBA candidates at Florida Atlantic University. I was momentarily startled by the question. I was sure I hadn’t said anything that suggested success in business required a cutthroat approach.

Still, the question was understandable. When Hollywood depicts business and businesspeople, it is more often than not in a negative light. And when Wall Street, the banking community, and the insurance industry screw their clients – as they’ve done so notoriously lately – how could any young person think any differently?

So I told the young people in my audience what I’m about to tell you today.

It is definitely not necessary to be bad to be good in business. But the path to business success – and this is especially true for small businesses – is booby-trapped with temptations to do the wrong thing.

I have been starting and growing businesses ever since I was a teenager, and was never tempted to violate my conscience until I went to work for a South-Florida direct-marketing company when I was in my early thirties.

During my time there, I accomplished a lot that I am still proud of. But I also got involved with a few marketing schemes that were misleading. These got me into regulatory trouble and cost me a lot of money.

Looking back at it now, I feel foolish to have allowed myself to act that way. The projects that made the most money in the long run were the good ones. The flim-flam stuff was only good for short-term money. I could have done better had I walked a narrower line.

Most of the successful businesspeople I know are honest men and women who treat their colleagues, vendors, and customers as they would like to be treated themselves. But there are a good number who do cut corners now and then. And there are a few who are bad – who seem to derive pleasure from causing others harm.

I’ve known direct-mail marketers who bargained with their printers and letter shops to provide service at below cost simply because they knew these guys needed to keep their staffs employed.

I’ve known owners of profitable businesses who paid lower-level employees minimum wage simply because they could get away with it.

I once worked with a man who refused to pay me my equity in a business when I wanted to get out simply because he knew I wouldn’t sue him.

I once worked with a consultant who slandered my client on the Internet as a way to generate business for himself – then had the nerve to teach his dirty trick to people who bought his largely plagiarized marketing program.

These rotten apples prove you can become successful by being ruthless. But if you look at their lives, you can see their path is not easier, faster, or emotionally satisfying in the end. When you grow your business by being devious, your character is tainted by your actions. You become jealous of your competitors, distrustful of your employees, and suspicious of almost everyone you deal with because you assume they think the way you think. As time goes by, you find yourself spending most of your time fighting to stay in business. It’s a miserable way to get rich.

My experience tells me ruthlessness is not an essential component of entrepreneurial success. Success is always a product of…

Machiavellian business tactics are self-defeating. All those people you suckered will remember you. In their own quiet but powerful ways, they will do whatever they can to see you punished. That may mean anything from ignoring your next sales effort to denouncing you on the Internet to reporting you to the authorities – even to blowing your head off.

Wise businesspeople understand the trust and loyalty they’ve earned will pave golden paths of opportunity. With each passing year, every dollar will come more easily because of all the relationships they have developed along the way.

The dozens of “good” businesspeople I work with these days are open and honest in their dealings, generous with their time and knowledge, and always willing to share in areas of mutual interest.

EP is a great example. We started working together about 15 years ago on some large-scale, residential real-estate projects.I knew nothing about that business at the time. He could have easily taken advantage of me in a hundred different ways. Instead, his deals were fair – even generous. He never made a nickel until I made one first. And when one of his deals went bad, he put in a big part of his personal savings to bail out me and the other investors.

When he calls me to say “I’ve got a project you might be interested in,” I never hesitate to invest. I don’t ask to see a business plan and prospectus. I just say “How much do you need?”

And I’m not the only one who has this level of trust in him. He has established relationships with a group of wealthy investors who are all eager to work with him.

A few years ago, I loaned one of my Jiu Jitsu instructors $5,000. He was embarrassed when he asked for it, but he needed the money – and I really wanted to help him out. He paid me back every dollar, insisting on paying me interest too. So when he came to me recently and asked for advice on a business he wanted to start, I was happy to give it to him – and to invest a considerable amount of money in the business as well.

Donald Trump presents himself as a very tough businessman. And I’m sure he drives a hard bargain. But I don’t think he’s ruthless. I’ve heard from people who’ve worked with him his deals are generally fair – and although he can be a bit pompous, his business demeanor is usually measured and respectful.

Treating people fairly is like putting money in the bank and collecting compound interest. As the years go by, your account will grow gradually larger and then, suddenly, it will get huge. When that happens, you can enjoy continued success without working very hard because you will have banked so much good will.

One caveat: Treating people well and fairly works for 95% of those you come in contact with. As for the other 5% – well, there’s not much you can do except try to avoid them in the first place.

So before you go into business with anyone (an employee, a colleague, a vendor – anyone), get to know him on a personal basis. Meet him. Ask questions. Ask for references. Check them. If you feel at all concerned you might be dealing with one of the rotten few, take a pass.

Over the years, I’ve become a better businessman because I’ve been influenced by people of good character who were kind enough to give me lots of good advice. Among the things I’ve learned, I recommend the following “commandments” to you:

The Ten Commandments of Doing “Good” in Business

1. The customer is always right. Even when he is wrong.

2. Don’t promise what you know you can’t deliver.

3. Honor your verbal contracts with the same seriousness as you honor written agreements.

4. When negotiating, always aim for a deal that is as good for your partner as it is for you.

5. If a deal turns out badly for your partner but stays good for you, change it to be fair to him.

6. Always pay your employees as much as or more than they are worth – or, if that is impossible, as much as you can afford to pay them, with the promise of making it up to them later.

7. Share your business wisdom with everyone, including your competitors.

8. Never engage in gossip. Speak as if the person you are speaking about will find out what you are saying. (Because they will.)

9. Never take advantage of your vendors simply because you can. Your goal should be to compensate them fairly, even if it means paying them more than the market demands.

10. Never engage in recriminations and try to avoid litigation. In the long run, it is better to be the screwee rather than the screwer.