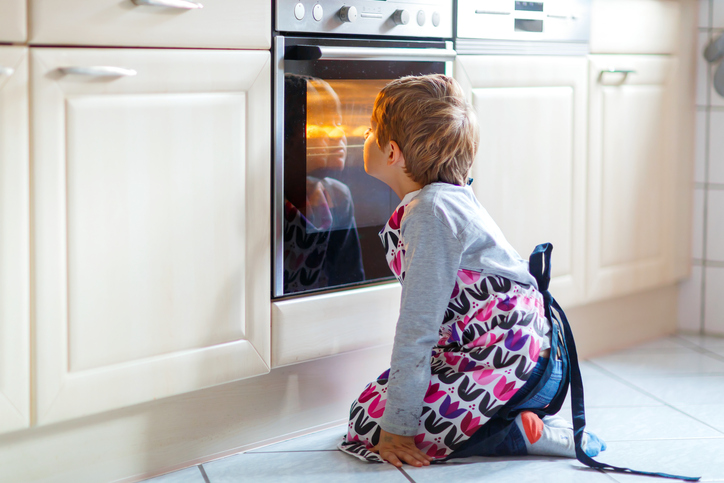 Most of us don’t want to travel more, have more meetings, or get a promotion… we just want to get home for dinner.

Sheryl Sandberg was ranked the fifth most powerful woman in the world by Fortune magazine, ahead of even First Lady, Michelle Obama.

Sandberg, the author of Lean In, recalls her time at Google, her first major job in Silicon Valley, saying she was “in the office from 7 a.m. to 7 p.m., every day, at a minimum.” After giving birth to her first child, she was back answering work emails from her hospital bed the next day. In her first few months back on the job after maternity leave, Sandberg admits to using a breast milk pump while on conference calls. When her co-workers asked her about the noise in the background, she would lie and say it was a fire truck or jackhammer.

It’s clear Sandberg is not a typical 9-to-5 employee (many of us aren’t these days!). She creates spreadsheets to plan her professional life, carries a notebook and pen to every meeting (rather than an e-device), and demands order in her personal life.

Men and women in any position in their company should aspire to control the chaos of life in the same way Sandberg has.

When you control your morning and conquer the chaos of the afternoon you can concentrate on what counts at night.

Today Sandberg uses her power not to add another meeting to her plate, but to get home in time for dinner.

The reality of Sandberg’s life is that she is not just working 9-to-5. She never has, and readily admits she does not work 40-hour weeks. She is just like you, a high-achiever with many demands on her time and not enough hours on the clock. She simply means she gets home for dinner. That’s it.

The process of this entails setting a personal rule to do so. Not a hope or wish, but a solid rule.

She began adopting this rule for herself toward her later years at Google. Then she made a career jump to Facebook (today she holds the position of COO). When she first came on board, the social media platform was a rapidly growing, 550-employee business famous for its all-night hackathons and night-owl work schedules. Her first six months at Facebook were difficult and soon she was missing dinners with the kids again.

Facebook requires a lot of travel and working weekends, but over time she has found the will to leave on time to get home for dinner.

She does not have time to volunteer at her children’s school, but she takes comfort in research that has shown a lack of parental involvement at school does not impact a child’s cognitive or social development. And she is no longer bothered by the little things, like sending her child to school in a blue t-shirt on St. Patrick’s Day when every kid was asked to wear green.

She knows what matters, and she concentrates on what counts, and in her mind, and according to research on healthy child development, it’s being home for dinner.

Today, even though she and her husband Dave, a Silicon Valley CEO, can afford the best childcare, Sheryl Sandberg says,

“there are still difficult and painful decisions about how much time our jobs require us to be away from the family and who will pick up the slack. We sit down at the beginning of every week and figure out which one of us will drive our children to school each day. On weekends, I try to focus completely on my kids (although I have been known to sneak off a few e-mails from the bathroom of the local soccer field).”

She says she is blessed to have a partner like her husband, Dave, and that she was lucky that her father, an ophthalmologist, was home for dinner and able to help her with homework.

“Studies from around the world have concluded that children benefit greatly from paternal involvement,” Sandberg says, “in comparison to children with less-involved fathers, children with involved and loving fathers have higher levels of psychological well-being and better cognitive abilities.”

Sandberg tells women, “Find someone who wants to be an equal partner. Someone who thinks women should be smart, opinionated, and ambitious. Someone who values fairness and expects or, even better, wants to do his share in the home. These men exist, and trust me, over time, nothing is sexier.” Sandberg later quotes a research study that found couples who share domestic responsibilities have more sex, so perhaps that is the reason that sly old Bill Gates enjoys doing the dishes every night (as Gates admitted in a recent “Ask Me Anything” session on Reddit.com).

Sandberg has long been a lightning rod for criticism, even before her book was published and her daily routine became famous (or infamous, depending on how you look at it). The criticism took a heavy emotional toll early in her career. When she joined Facebook Mark Zuckerberg told Sandberg point blank that her “desire to be liked by everyone would hold her back, and that when you want to change things, you can’t please everyone. If you do please everyone, then you aren’t making enough progress.”

She learned how to deal with criticism from Ariana Huffington, founder of the Huffington Post. “Learning to withstand criticism is a necessary for women.” Huffington told her, “We should let ourselves react emotionally and feel whatever anger or sadness being criticized evokes for us. And then we should move on.” Frankly this advice will work for both genders.

Sandberg believes we should, “Be ambitious, start out with big dreams and goals…and lean into your career,” but she also knows none of us are perfect and we can’t have it all. She wants both men and women to drop the parental guilt trips and to simply do the best they can – whether that means getting home on time for dinner every night or not.

Direct your energy to what matters.

The key, no matter who you are, is to let the criticism go and move on. Direct your energy to what matters. Sandberg lives by this mindset that she learned from Stanford professor Jennifer Aaker, “Instead of perfection, we should aim for sustainable and fulfilling. The right question is not, ‘Can I do it all?’, but ‘Can I do what’s most important for me and my family’ The aim is to have children who are happy and St Patrick’s Day is purely optional.”