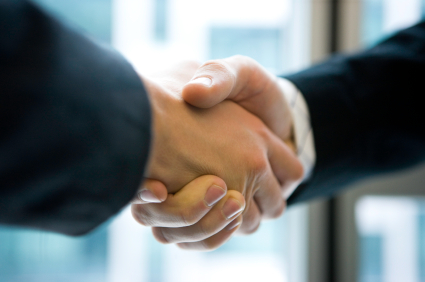 It was a Friday afternoon and during our weekly sales review, one of my publishing partners gave me an invalid excuse for poor performance.

“Sales are down because it’s a slow time of the year, so don’t worry about it.”

This is WRONG thing to say to me.

Because I don’t believe it.

Your assumptions about the marketplace don’t matter.

You’re not the one to judge whether or not a sale should be made.

Your role, as a salesperson (and that’s what everybody is) that wants to boost their income and achieve their dreams, is to SELL. Not to judge on whether or not this is a good time to even try.

The truth is that you and I – and any salesperson – can sell on any day of the year.

Sure, some days will be a little harder than others, but there’s no such thing as a good excuse for poor performance – or worse, not trying at all.

Recently I made the argument that, “Every minute you procrastinate on adding value to the world, someone out there continues to suffer because they aren’t getting your help. That makes you a big meanie, so stop procrastinating, and start taking action to help more people. Complete your solution-to-their-problems and get it out to the world.”

Well, frankly, that goes for when you aren’t trying, as well.

Even if it IS a slow time of the year, there are still people out there on your email list that NEED your help.

Your readers didn’t end up on your list because of some communist central planning agency that randomly assigns people to email lists.

They ended up on your list because they are interested in your topic. It was THEIR choice.

And unless something has dramatically changed in their lives, they are just as interested in your content today, if not MORE interested, than they were yesterday.

Plus, with good copy and a great offer, you can always increase your prospects interest.

You just have to WORK at it.

Here’s a real world example. The other week, late on a Thursday afternoon, I decided to have a sale on one of my products. I made an irresistible offer that resonated with readers and have sold 399 copies of this program in 72 hours (and ended up with a total of 838 sales in 7 days).

All that despite it being the start of the summer and a big holiday weekend coming up.

Actually, now that I think of it, it’s probably BECAUSE of the holiday that it sold so well…

…because I used the holiday to tie-in to the reason why my readers needed this product.

You can overcome anything with a good offer, at ANY time of the year, in ANY economy. You know that.

Let me give you another example. On July 9th, the town of Candle Lake, Saskatchewan hosted its annual Christmas in July craft show.
Christmas in July? You might think, that’s ridiculous.

Because they’ve sold it. They’ve put the effort in to making it an irresistible offer for people to attend, even though you and I would agree that July is probably a pretty darn slow month for Christmas Craft Sales.

Just don’t tell the people there that are making it happen.

So don’t give me (or worse, give yourself) any excuses.

Just like you can’t accept the excuse of a ‘bad economy’, you also can’t allow yourself to believe in such things like a “slow time of year”.

Whether it’s selling Christmas in July or selling fat loss on Christmas Eve (I make plenty of sales around Christmas in my fitness business), if you take action and add value then anything can be sold anytime of the year.

On the other hand, it’s a slippery slope when you start allowing these excuses into your life.

Soon it goes from “slow time of the year” to “bad economy” to “I can’t do this” to “I quit and this doesn’t work anyway because it’s all a scam.”

This cycle of negativity all starts in YOUR MIND.

And frankly, this cycle of negativity should never start at all.

You choose what to believe.

And listen, I am fine with you thinking that I’m an insensitive jerk for writing this.

That’s A-OK with me.

What you THINK of me doesn’t matter…it’s what you DO that matters.

And if I can inspire you to action, then I’ve done my job.

It might seem extreme to you that you should be selling all the time, but I’m sure you also find it extreme that I get up at 4am seven days a week.

However, as ETR Publisher Matt Smith says, I shouldn’t expect readers to get up at 4am, but I should hope that some readers take that message to heart and at least start getting up an extra 20 or 30 minutes earlier each workday so they can get more done and move their lives ahead.

My “living at the extremes” is shared with you in order to get you to move ahead – even if it’s just a little.

I’ll take giant steps down an uncharted path laden with snares and traps, and I might fall down or even get slaughtered, but at least the path will be safe for you to make steps in the right direction.

Because time is running out.

I’ll bet you can…and in the process, double, triple, or more the number of people you HELP and whose lives you change.

No more excuses, you hear? **me lifting up your chin and  looking you straight in the eye, and you nodding back**

Now get out there and sell something.

The global economy needs the business.

[Ed. Note. Craig Ballantyne is the Editor of EarlytoRise.com and Financial Independence Monthly. He also coaches executives of companies with sales over $1 million. Today, Matt Smith and Craig are now offering more information on their new virtual mastermind program. Click here to find out more.]
Get updates on living the good life delivered to your inbox.
Posted in Entrepreneur, Motivation, Self-Improvement, Wealth