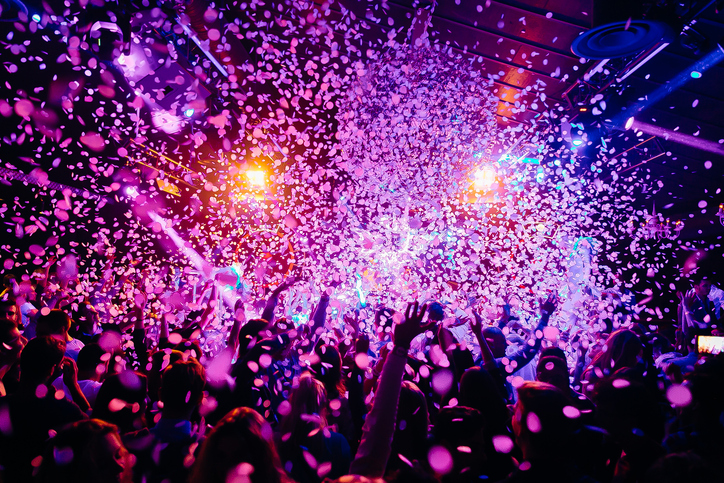 I’ve discovered a small business you can start for as little as $100 – one that can make thousands in a single night. Better yet, once you’ve got it going, you can rapidly expand it.

I’m talking about the event-promotion business.

I’ve been promoting events part-time for over 10 years. In 2006, for example, I promoted the International Sketch Comedy Championship in Los Angeles. Because of the success of that event, I expanded it for the 2007 Championships to include three preliminary competitions in New York City, Chicago, and Los Angeles.

Top sketch comedy groups competed in comedy clubs in the preliminaries. Then the winners went on to the finals, held at the world-famous Laugh Factory on Sunset Boulevard in Hollywood. All of the venues were packed, and the entire competition was a resounding success.

All of these qualities make this business exciting for aspiring entrepreneurs. But today, I’d like to focus on just one of them – its enormous growth potential.

SUGGESTED: The Key to Getting Someone to Invest in Your Small Business

Whenever I’m considering launching a business, I always ask myself one crucial question: “Does this business not only have the ability to make a profit, but also the potential to make BIG profits?” Since profits are tied to revenues, the question becomes: “Once this business is off the ground, is there an easy way to expand it and bring in more money?”

Depending on the kind of business you’re in, you can increase revenues by (1) charging more for your product or service, (2) selling more of it, or (3) doing what you’re doing, but more often and/or in more places. This third method works perfectly with the event-promotion business.

You see, once you’ve developed a formula that works, it’s pretty easy to simply do the same thing in other, similar markets. Hit more markets, and you pull in more revenues. Which means more money in your pocket. That’s what I did with the sketch comedy competition. I took a formula that worked for one event, and turned it into four events. In doing so, I quadrupled my profits.

Here are some of the most important things I’ve learned about successfully creating and expanding an event-promotion business:

* Choose venues for your events that don’t require a big advance payment.

As a fledgling event promoter, you’re not going to be able to rent out a stadium and produce a giant concert with a famous rock band. That would be an enormous cost up front, which would tap resources you don’t have. That’s why you want to host smaller events at venues that can be secured without making a major financial investment. Some ways to do this are by signing with venues that will accept little or nothing in the way of an initial deposit, by signing with venues that will do revenue-sharing deals, or by obtaining sponsors who’ll fund the cost.

The trick is to make them an offer that can make them money with little risk or effort on their part.

For example, I have promoted ballroom dance competitions that were videotaped and shown on local cable television. These events drew enthusiastic crowds to the dance halls where they were held, so the owners of those places were not only willing to do a 50-50 split with me on the price of admission, but also paid additional promotional fees. I’ve also promoted many comedy shows at clubs that allowed me to keep the entire admission price if they got to keep the food and beverage revenues.

* Choose to promote events that will not only attract audiences but also local participants.

Ice shows, circuses, theater companies – there are many promoters that produce extravaganzas that travel around the country and even the world. They may make lots of money… but think of what it costs to transport all of those people (not to mention costumes, scenery, and equipment)!

I prefer to keep my business simple (and low stress). So I make sure any event I produce will attract audiences in many different parts of the country, as well as lots of local participants. You might, for example, decide to promote a series of beauty contests… or hot rod exhibitions… or stand-up comedy nights… or even dog shows. These are all events that, once you have a winning formula, could be easily expanded to additional cities.

* Develop a marketing plan that can be executed the same way in each city.

Most cities have a local newspaper or two, radio stations for popular music genres, various cultural and ethnic groups, and entertainment venues ranging from theaters to nightclubs. This will make it easy for you to produce your event in different places with similar demographics, just by using your already established and proven marketing strategy.

SUGGESTED: How to Create Products That Self-Promote (Drake’s marketing strategy)

In the case of my sketch comedy competition, I used a three-pronged approach:

The potential profits from the event-promotion business vary quite a bit, depending on the type of events you choose to produce. But even smaller events – such as a local fashion show – can net around $1,500. Larger events – such as concerts or athletic competitions – can bring in $5,000 to $10,000 a night.

There’s one more advantage to this business that I want to mention.

Once the event is over, it’s over.

You can go back to your regular life until you decide you want to promote something else. It gives you the best of both worlds. You can be involved in the glamour and excitement of a live event… but you don’t have to disrupt your entire life to do so. Plus, there’s almost infinite room for this business to grow, which means it could help you achieve the wealth you’ve always wanted.

SUGGESTED: Paying To Play – The Payoff of Live Events

“Patience and perseverance have a magical effect before which difficulties disappear and obstacles vanish.” – John Quincy Adams