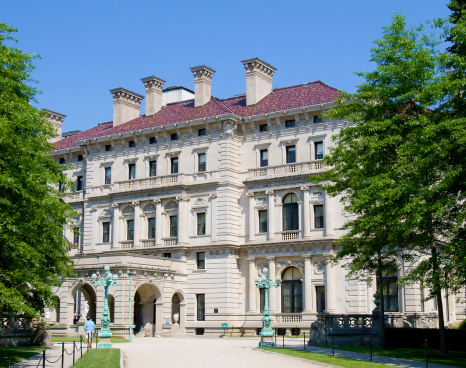 Cornelius “The Commodore” Vanderbilt was the second wealthiest American ever. Adjusted for the size of the economy, he was estimated to be worth $143 billion in 2007 dollars. The only wealthier American was oil man John D. Rockefeller, who amassed a fortune of nearly $192 billion. Both men were wealthier than modern moguls Bill Gates and Henry Ford, worth $82 billion and $54 billion respectively using the same parameters.

Cornelius built his fortune as a ruthless steamboat entrepreneur, who undercut his competitors with illegal runs across New York Bay. Then in 1862, when he was nearly 70, he started buying railroad lines… which became the source of the vast bulk of his fortune.

The Commodore’s legacy was more than what was held in the US Treasury at the time. And yet, according to Michael Klepper and Robert Gunther in their book, The Wealthy 100, by the 1970s the Vanderbilt family held a reunion with 120 members attending, and there wasn’t a millionaire among them.

Why didn’t the Vanderbilt fortune last? How can you make sure you don’t follow in the Commodore’s wealth preservation footsteps? (Although we could all learn a lot from the man about wealth creation.)

The numbers speak for themselves. In 90% of cases, family fortunes are squandered by the third generation. Forget rags to riches. What most often happens is rags to riches to rags. Nearly 60% of the time a family’s money is exhausted by the children of the wealth creator.

As Roy Williams, president of wealth consultancy The Williams Group, told CNN Money recently, “It goes back to the Biblical story of the Prodigal Son. We haven’t changed in 2,000 years, and that same unprepared heir issue is now worldwide.”

Simply put, the biggest threat to your wealth is not your investment decisions, but the potential for spendthrift kids to blow their inheritance. If spending alone doesn’t destroy the family fortune, then family squabbles over the money will.

“Money drives families apart,” as scion of the Commodore and chronicler of the losing of the Vanderbilt fortune, Arthur T. Vanderbilt, lamented to the Los Angeles Times.

The Vanderbilt family was not a close-knit family. After the death of the Commodore, his children used their inherited wealth to isolate themselves from one another. For all his success in New York Bay… and for all his astuteness as an investor in the nation’s railroads… the Commodore did not build a unified family capable of holding on to wealth. And so his fortune didn’t live on.

The Commodore was a fairly typical wealth creator in that he was hard-driving and astute. But he was also coarse. According to one account, he was “illiterate, bad-tempered and foul-mouthed, and inclined, when trapped into a social event, to spit streams of tobacco juice and fondle the maids.”

After his wife’s death he married a cousin 43 years his junior at the age of 75. He also expressed his disappointment with his family publicly. Out of 10 children he only had two boys. And he believed these boys were not up to his standards. This was not an auspicious start to a lasting legacy.

Typically, too, the Commodore’s children turned out to be spendthrifts. The first of the Vanderbilts’ Fifth Avenue mansions in Manhattan was finished in 1883. By 1947, all 10 of these opulent homes had been torn down after their contents were auctioned off. Within just 30 years of the death of the Commodore no member of the Vanderbilt family was among the richest in the US. And 48 years after his death, one of his grandchildren is said to have died penniless.

Think about that for a moment. In less than a single generation the surviving Vanderbilts had spent the majority of their family wealth! And the wealth was virtually gone within four generations. How was this possible? They went from producers of great wealth, to great consumers of it. The Commodore’s children and grandchildren tried to outdo each other in building increasingly large and lavish homes. They became what my dad calls “insiders.”

The Vanderbilt children were classic insiders. They set and followed the trends of New York’s high society. They gave money away to fashionable charities. They held over-the-top fairy tale parties. They raced yachts, sports cars and horses. They indulged their fantasies. Some were said to have developed substance abuse problems.

No doubt, the Great Depression and the introduction of the income and estate taxes in the early 1900s took a toll. But families such as the Rothschilds, the Rockefellers, the Fords and the DuPonts were able to navigate these obstacles and preserve their wealth. Members of these families – all of whom run family offices – still occupy the billionaire lists today.

If you want to join the ranks of the families that succeed over generations, you have to deal with the family side of the family wealth equation.

It’s a real tragedy. But it’s also entirely understandable. That’s because the left-brain skills (logic, language and analytical thinking) that help you succeed in business don’t help much when it comes to dealing with delicate family issues. In fact, they can be downright problematic…

The take-charge, get-it-done personality often doesn’t worry about “personal issues.” He (or she, if the wealth creator is the family matriarch) is focused on the business, the investments and the bottom line. But it’s sibling rivalries… childhood slights… personality conflicts… and parent issues that can really tear a family apart.

These are the things that cause families to breakdown and lose their wealth. They tend to come to the surface at the worst times, such as when a family member dies. Then emotional conflicts turn into legal conflicts. Family money turns into a weapon…

What’s the solution? How do you prevent this all-too-common family breakdown? If you are a typical left-brain thinker, this may sound horribly “fuzzy” to you. But it’s essential that you get your family together, have a meeting, and work through any issues you might have. My family had such a meeting last month. And it’s also what we do at our Bonner & Partners Family Office workshops.

Years ago, I would’ve never imagined my family doing this, especially my dad, the hard-charging wealth creator. We did it because the dangers of inherited wealth are too great. It’s important to me because I don’t want family wealth issues from my generation crashing down on the heads of my two children.

Like any family we have some issues. We weren’t having a family crisis or anything like that. Instead we were making a preemptive strike on any potential family conflicts, emotional or personal problems that might be simmering below the surface.

If “God forbid,” as the estate planners say, something were to happen to our parents, it would be a major test of my family’s emotional strength and unity. That’s why we want to make sure we’re as united and prepared as possible.

It’s not just that. It’s also about our individual personal growth and development. The children of wealthy parents have triple the national average rate of alcoholism, drug abuse and suicide. Not that we have those problems, but it just shows that we are in a difficult position.

We also wanted to “catch up” with family members… We wanted to find out what’s important to each member of the family… where they see themselves over the next few years. You think you know your family members well. But you might be surprised, when you actually sit down with them and ask.

Focused family meetings like this are a great way to confront potential problems. That’s why it’s so important for you to have these meetings on your own.

Our Bonner Family Office has two members-only events coming up that can help you avoid the “Vanderbilt Curse”:

I promise that if you attend one or both of these events with your family members, you can make a big leap forward in building a unified and successful family. I also promise you that you’ll get a huge amount out of meeting with your fellow members. That has been my dad’s and my experience. We learn more at each meeting than members learn from us.

Of course, there are no guarantees. But making the effort and working through issues will greatly increase your chances of avoiding family trouble. That’s why we get so many member families who repeatedly come back to our events.

You can’t talk to just anyone about these issues. At our meetings, you’ll feel a lot of camaraderie. You’ll hear a lot of personal stories. And you’ll also get a lot of ideas and insights that can’t be gotten anywhere else.

[Ed. Note: Will Bonner is the eldest son of New York Times bestselling author Bill Bonner and Executive Director of the Bonner & Partners Family Office If you would like to read more essays like Will’s, we recommend you sign-up for his Dad’s free daily e-letter at “Bill Bonner’s Diary of a Rogue Economist.”]