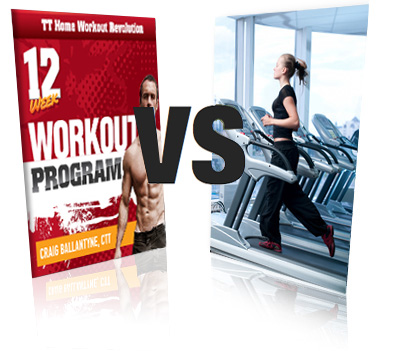 I recently had a great call with Certified Turbulence Trainer and the the creator of Boot Camp Games, Brian Kalakay  that I would like to share with you.

Brian: Awesome. Well, hey, I’m going to pick your brain about some stuff today. I’m going to jump right into it.

We’ve spent the past weekend in my gym up here getting our butts kicked together, once again, doing these new things for this Home Workout Revolution that’s starting to really sweep the online world in terms of fat loss and body weight training. We did this program called a Four Minute Miracle Workout. It was really crazy, because I remember when you sent me the email, Four Minutes, and I went, “What can you do in four minutes?” These things kick our butts.

My question is to you, is a four-minute body weight workout just as effective as a 20- to 30-minute workout?

Craig:    Well, it depends on the workout, right? You and I did a bunch of workouts there in four minutes that were super tough, that are definitely better, I would say, than 90% of people do in 20 minutes. Now, when I say 90%, most of the people listening to this Turbulence Training call are already doing amazing workouts in 20 minutes.

We filmed 14 of them and I’m pretty sure that we haven’t even scraped the surface of what we can come up with. I would say that 99% of them were super awesome. There was one, it was okay, but there were a couple that literally in four minutes beat me down. I really enjoyed especially the lower body ones.

The first one that I filmed, the Leg Muscle Miracle. That one was better than The Punisher.

Brian: That was rough.

Craig:    Better than The Punisher, for sure.

Brian: Absolutely. Now, a quick question. I know you provide a little bit of studies that go around this four to six minute time frame. Could you tell the listeners a little bit to fill them in on that? I know you said a little bit about that when we were filming.

This is actually stuff that’s backed by studies, right?

Craig:    Yes, that’s a great question. I should have mentioned that in the first answer to your question. Literally, studies have shown, or the study that we based this program and protocol off of, did show that four minutes was better than 30 minutes of long, slow cardio.

In the study, they had three groups of women set up to do one of these protocols. One group did nothing. They were the control group. They did absolutely no change to their lifestyle.

What they found was when the female subjects did these body weight exercises and they included burpees, mountain climbers, jumping jacks, and push ups, when they compared their fitness in a cardiovascular test at the end of the training study which was either six or eight weeks long, the women who did four minutes of training had the same improvement in cardiovascular fitness as the people who did the 30 minutes. In seven times less exercise time, they got the same cardiovascular response, but they also improved their muscular endurance significantly more.

That’s why people who can go and jog a marathon in four hours, they still get their butt whooped when they go and hit a basketball court, because it’s not a crossover in training, but a person who goes and plays hard basketball, with a little bit of volume training, they’ll be able to do really well in a marathon. If they didn’t do a little bit of extra volume training, then their knees and shins would get pounded, but they have the fitness level for it from the sprint training. That’s the same as how it goes for the body weight training.

Finally, just as important in all of this, is the subjects who did the body weight training reported enjoying their workouts more than the group that did the slow, boring cardio workouts, which is no surprise to you, or me, or anyone who’s ever been to a gym and watched someone just hate their life for 30 minutes on a treadmill.

Brian: That’s exactly what it is. They hate their life.

Now, it’s the same time frame, 20:10, in the body weight training, over four minutes, but you couldn’t say you’re doing 170% VO2 max when you’re doing that. They didn’t measure it. They didn’t mention it. It’s very similar and it’s probably based off of that, but I wouldn’t call it Tabata training.

Brian: Sure. I think the beauty of it, and it’s one of our core values as Turbulence Trainers, and I’m sure the listeners know this, but we’re always looking for the new scientific studies. This four-minute workout thing wasn’t something that you just woke up and said, “Oh, I want to do four-minute workouts.”

You actually found the studies, you put in the research. This isn’t stuff we’re just making up and throwing at you like, oh, this is going to work. This is science-based innovation just like our core values are, and I think anyone who says, “I don’t have time to work out,” well, do you have four minutes? You do have time to work out.

I’m really pumped about this. This is a big body weight thing. I think body weight is making a big push through this year, in my opinion.

Yeah I agree Brain. Let’s talk a little more about this when we come back in part 2 of this interview series.