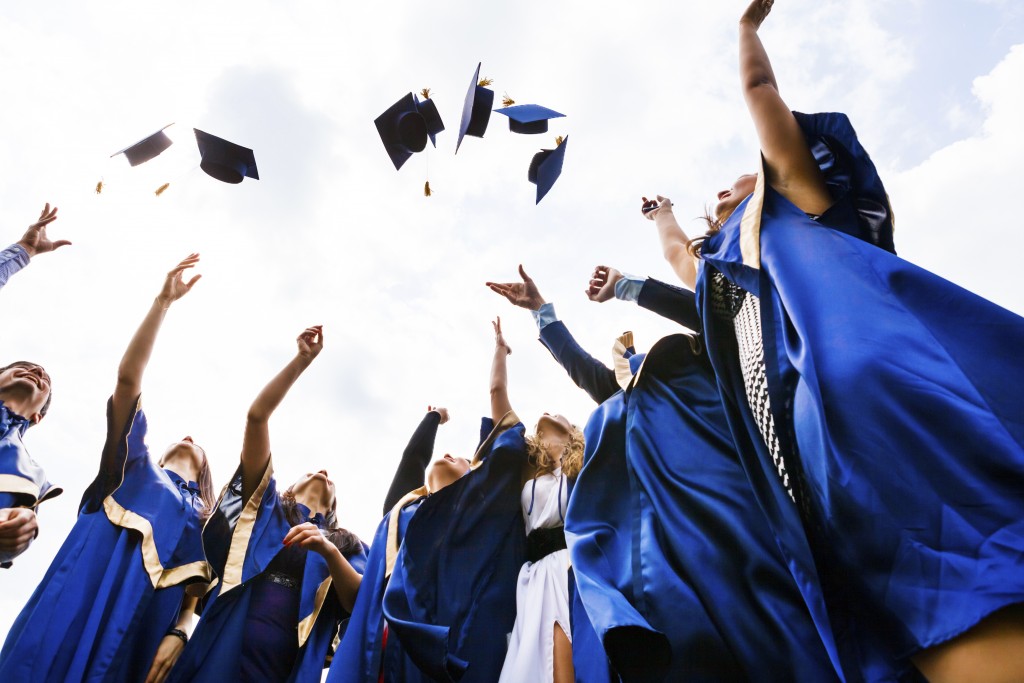 [This commencement address was originally published in 2005. Although it’s not commencement time, many young people are heading back to school and will get a lot out of this message – as will you. Feel quite free to send this to any recent college graduate you may know.]

Mr. Chancellor, Members of the Board of Regents, Members of the Faculty, Honored Graduates, Families and Friends:It’s funny that they call this ceremony a Commencement, for you’ve all reached the finish line:  college, goodbye, we’re outta here.  Yet of course, “commencement” means a beginning, not an end.But one is supposed to at least start – commence – a talk such as this by saying funny things.  So I’ll start by talking about Clark Gable movies.  If you’ve heard of Clark Gable at all, you know he was the biggest movie star in Hollywood a long time ago.  His most famous movie was Gone With The Wind.

Don’t blow it.  Don’t screw it up, lose your chance, the one single chance you’ve got in the history of the universe.  Only you can give your life purpose and meaning.  Only you can make sense of your life.  That’s the great dilemma, the great challenge, the great glory, the great privilege of being human.  It is such a privilege, such an honor to be a human being.  And it is such a responsibility.  Don’t reject that privilege, don’t deny that responsibility.  Feel instead the thrill of being human, the pride of being a member of the human race.  I love being human.  I want you all to be able to say that to yourselves with the deepest conviction:  “I love being human.”Look to the person next you, feel his or her humanity, and tell yourself, “I am proud to be a member of the human race.”  Such pride will make you invulnerable to the worst mind-poison ever to infect human society:  Envy.If I could give you only two words of advice for the rest of your life, they would be:Reject envy.The wisest of the Ten Commandments, the 10th, tells you to not be envious:  “Thou shall not covet.”  There should be its corollary:  “Thou shall not fear those who covet, those who envy you.”   It is not easy to do, for you will be surrounded by envious guilt-peddlers all of your lives, insisting you apologize for your existence, the existence of your country, the existence of your civilization, the existence of your species, and for whatever accomplishments and success you personally achieve.Dismiss all this envy and guilt-peddling as you would the ravings of a lunatic, for that is what they are.  Embrace instead your humanity, your human existence and individual identity.  Your character is your destiny.  It’s the most wonderful thing on this earth to be a human being.  Especially a young human being who can make of your life what you will.  Do so.

[Ed Note: Dr. Jack Wheeler, was a chairman of the Vietnam Veterans Memorial Fund, senior planner for Amtrak, official of the Securities and Exchange Commission, chief executive and CEO of Mothers Against Drunk Driving, consultant to the Mitre Corporation, member of the Council on Foreign Relations and a presidential aide to the Ronald Reagan, George H. W. Bush, and George W. Bush administrations. Before Jack passed away in 2010, he started a Pro-American, Pro-Capitalist, Pro-Western civilization blog called To The Point. You can read more essays like this one by clicking here.]
Posted in Health, Lifestyle, Self-Improvement, Wealth
This error message is only visible to WordPress admins