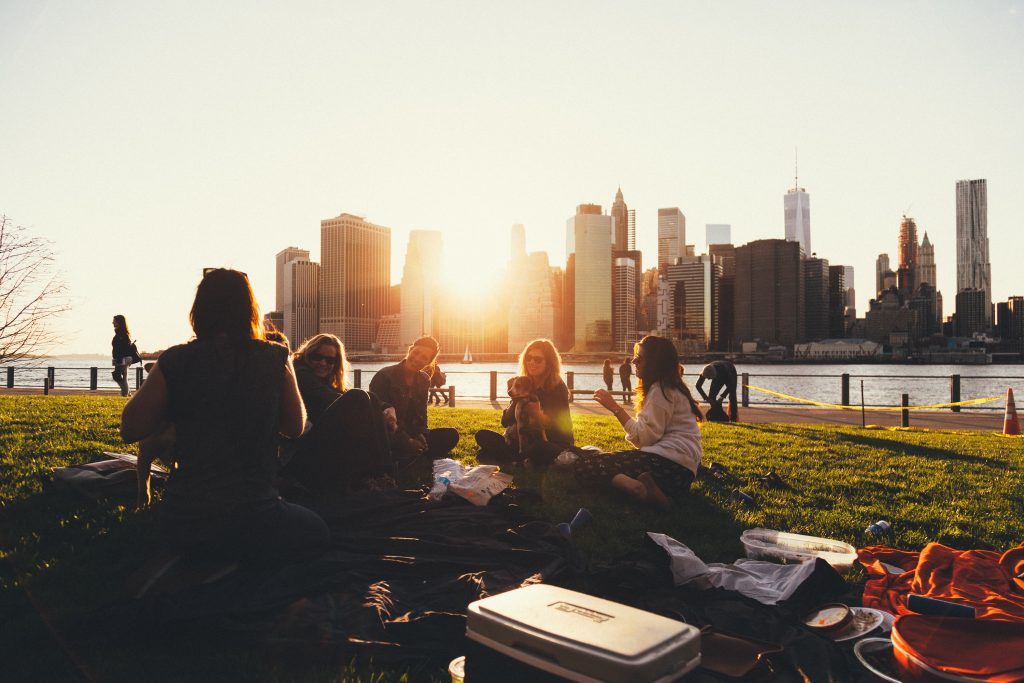 I hate hearing people use this quote ONLY to describe positive people.

The high-school math teacher who lets her class take their desks outside: When the kids forget how to solve for “x” five months later, that’s OK because they still remember the feeling of being outside with their classmates, laughing, and soaking up the sun.

Or, the college football player who forgets all the grueling, hot, and bloody two-a-day practices, but remembers the good times, the comradery, and the support from his teammates and coaches.

In most cases, the positive feelings outweigh the negatives, leaving you with good memories of your teachers, coaches, and teammates. That’s fine.

But what about the times when the negative feelings outweigh the positives?

Derek Sivers and Derek Halpern — two successful entrepreneurs you should be following — wrote separate, but similar articles about this idea.

Imagine you’re at a meetup, and you’re having a conversation about something that just happened in the news.

While making your point, you mispronounce a word… and someone interjects, “Well, actually, you’re supposed to say it like this…”

How would you feel?
On one hand, it’s nice to hear the RIGHT way to say a word. But really? Did it really need to happen in front of so many people?
And what about the guy who corrected you?

Sure, he’s not a bad guy. He isn’t thinking to himself, “Let me sabotage you right now in front of everyone.” But he did embarrass you. And even if you can take it… because you’re an adult… you’ll likely never forget how he made you feel.

This doesn’t seem like a big deal if it happens once or twice. This person obviously needs better social manners — but what if this person is your boss? Or what if you’re the one with bad social manners and you don’t know it?

Derek Sivers talks about this incessant need to share our opinions:

My friend Simone in Korea just became the big boss at work, managing other people for the first time.

She asked if I had any non-obvious advice on management.

My only advice: don’t add your two cents to their ideas.

Here’s how it plays out at work:

Employee — “I’ve been working for the past two weeks on this new design. What do you think?”

Boss — “I like it! Really good. Maybe just a darker shade of blue there, and change the word ‘giant’ to ‘huge’. Other than that, it’s great!”

Now, because the boss said so, the creator of that design will have to change it just a little bit.

Because of that small change, that person no longer feels full ownership of their project. (Then you wonder why they’re not motivated!)

Employee — “I’ve been working for the past two weeks on this new design. What do you think?”

This slight change made a huge difference in the psychology of motivation. Now that person can feel full ownership of this project, which is more likely to lead to more involvement and commitment for future projects.

The boss’s opinion is no better than anyone else’s. But once you become the boss, unfortunately your opinion is dangerous because it’s not just one person’s opinion anymore — it’s a command! So adding your two cents can really hurt morale.

A business should not focus on the boss, so this restraint is healthy. You shouldn’t give your opinion on everything just because you can.

Obviously, if there’s more than “2 cents” worth of stuff that needs to change, then this rule does not apply.

But if your contribution is small and probably just a meaningless opinion, just let it go. Let the other person feel full ownership of the idea, instead.

Halpern and Sivers are choosing to play the long game.

They see the value in sacrificing short-term ego boosts for long-term employee/friend/colleague satisfaction.

This isn’t easy. Restraint is hard. But it’s an essential part of learning how to manage oneself.

What do you think? Give me your two cents… or don’t.