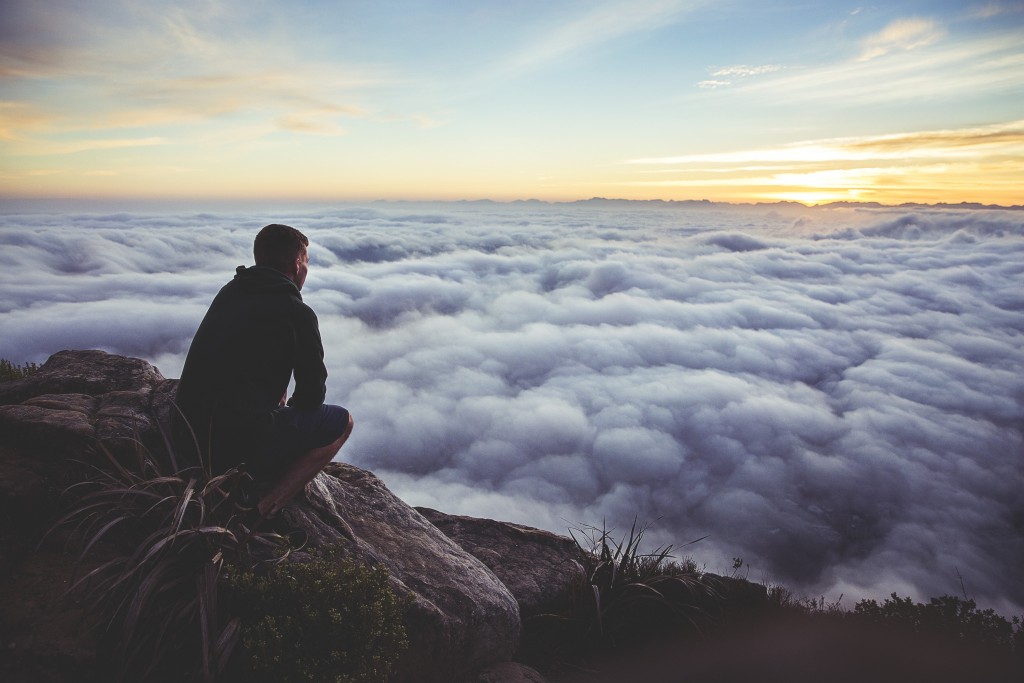 To most people, philosophy is some confusing academic enterprise that’s of little practical use. When they want to make their lives better, they don’t turn to the ancients, they look to self-help gurus and how-to manuals.

Which is funny because philosophy, in its truest most classical form, is actually civilization’s oldest and most-effective form of real help. It’s full of little spiritual exercises that — if practiced — solve some of life’s biggest and smallest problems.

My favorite exercise is a little one that prepares us for the day ahead. It’s something you do each and every morning, before you check your phone and head out into the world. But it’s a little controversial as you’ll soon see.

The exercise prepares you for the world each day by telling you about some of the crap you’re going to have to confront over the next 24 hours.

The Roman Emperor Marcus Aurelius opens his Meditations (a book of stoic philosophy) with almost this exact concept.

When you wake up in the morning, tell yourself: The people I deal with today will be meddling, ungrateful, arrogant, dishonest, jealous and surly.

He’s saying you can’t prevent it. But you can at least know it going in.

A lot of people don’t like thinking this way. It’s so nasty. What a pessimistic way to live. What possible happiness could come from that kind of thinking?

The writer Nicolas Chamfort once joked — along similar lines —
that “a man must swallow a toad every morning if he wishes to be sure of finding nothing still more disgusting before the day is over.” The statesman and thinker John Morley was so incensed by it that he later said that “all literature might be ransacked in vain for a more repulsive saying.”

I don’t know why he found it so repulsive, because the line is hilarious. And true. Why is it sacrilegious to meditate on a very real fact of life? What if it could actually make us happier and better people?

Sure, naiveté feels nice, but where does it really get us? If the goal is tolerance, understanding and patience, surprise and disappointment are hardly positive emotions to throw into the mix.

The solution for the Stoics was a spiritual practice known as premeditatio malorum.That is: a premeditation of evils — thinking about the things that might go wrong before they happen. It’s essentially negative visualization.

We might be able to do it for a business more easily (thinking about the worst-case scenario or running a pre-mortem) but for people it’s harder. What we don’t do, what we don’t like to think about, is that other people might be on their worst behavior. And by people I mean: our employees, our co-workers, our spouses, our friends, a random troll on Twitter, the car in front of us, or the customer-service representative on the phone. We seem to forget that they might suck sometimes. That they might suck in our direction. We seem to forget that the more successful we are in life, the higher the chances of this will be. And then we wonder and complain why life feels so hard.

Which I suppose is an individual prerogative. Except it usually ends up making you worse than the people you’re so pissed off about.

Going around with unrealistic or unexpressed expectations for the world around usputs us in a perpetual state of being aggrieved. So while we might have legitimate gripes, it turns us into something unrecognizable. We become exactly what David Foster Wallace voiced in his excellent This Is Water speech. We become the person who thinks (or says):

Look at how repulsive most of them are and how stupid and cow-like and dead-eyed and nonhuman they seem here in the checkout line, or at how annoying and rude it is that people are talking loudly on cell phones in the middle of the line, and look at how deeply unfair this is: I’ve worked really hard all day and I’m starved and tired and I can’t even get home to eat and unwind because of all these stupid god-damn people.

That hate. That anger.

Is that really any better than swallowing a toad in the morning?

There is a second half of that quote from Marcus. And when you see it, the exercise makes a lot more sense. It’s not about resigning yourself to a bad day from the moment you wake up. It’s not writing your fellow man off before they even have a chance. On the contrary, it’s about preparing yourself to forgive, to forget, to appreciate and empathize.

It’s what you’re supposed to remember right after reminding yourself that people might suck today. And why it happens and why you can’t take it personally.

But I have seen the beauty of good, and the ugliness of evil, and I have recognized that the wrongdoer has a nature related to my own — not of the same blood or birth, but the same mind, and possessing a share of the divine. And so none of them can hurt me. No one can implicate me in ugliness. Nor can I feel; angry at my relative, or hate him.

You can be certain as clockwork that you’re going to interact with someone whoseems like they’re out to get you today. But it’s the seems part that matters. Because you don’t know if they actually are. You don’t know why.

But when you step outside your own experience, it becomes easier to think about that, or what forces might be acting on someone. Or at least, if you’ve accepted that some people are going to act that way at one time or another, you don’t have to make anything out of this specific instance. It happens. This person is just fulfilling their unpleasant role, as you yourself have on many occasions. (There is another great line from Marcus Aurelius “When faced with people’s bad behavior, turn around and ask when you have acted like that.”)

So here it is:

People might suck today. It’s not going to feel great when that happens.

But it’s far better to know that going in and to take your medicine up front, in the morning, than it is to dribble it out through the day.

And who knows — maybe you’ll be pleasantly surprised sometimes. Better that than disappointed and pissed off.