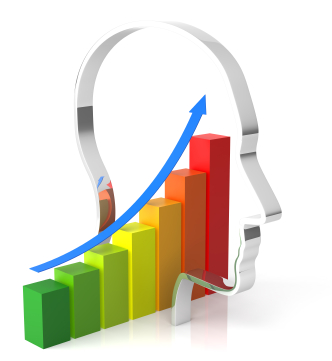 Motivational speakers and authors have long insisted that it’s possible to exert a great deal of control over your destiny by having a positive outlook on life.  Even though problems are an integral part of the living experience, they believe that the key to success is how you react to those problems.  So, are they right?  Or is it all just a bunch of motivational hype?

When Napoleon Hill, in his classic Think and Grow Rich, first penned such statements as “Anything the mind can conceive and believe, it can achieve” and “When you’re ready for a thing, it will make it’s appearance,” they weren’t just frivolous thoughts.  He based his beliefs on centuries of empirical evidence drawn from human experience.

As modern scientific research has rapidly accelerated its pace, creditable cases, such as Norman Cousins’ well-publicized recovery from a diagnosed terminal illness, gained more and more attention.  Cousins, who finally passed away in 1990, was famous for his amazing mind-power cure that he described in his best-selling book, “Anatomy of An Illness.”

Cousins had a friend bring a movie projector to his hospital room and spent months watching hilarious movies like those of the Marx Brothers.  As a result, he believed that he literally laughed himself out of his disease.  What is particularly impressive about Cousins’ case is that even his doctors agreed that his mental state was the crucial determinate in his overcoming his “incurable” illness for so many years.

Since then, scientific researchers have made dramatic strides in discovering the major role that the mind plays in producing results.  Of particular interest is the research done by Dr. Karl Pribram, a neurosurgeon who has convincingly demonstrated that there is a direct correlation between what the mind visualizes and the results a person achieves.

Dr. Pribram’s Theory of Holographic Memory contends that the mind houses three-dimensional holographic images of what it envisions, which in turn stimulates the senses to translate those images into their physical, real-life equivalents.  More precisely, when your mind believes something to be true, it stimulates your senses to draw to you the things, people, and circumstances necessary to convert the mental image it houses into a physical reality.

Thus, there is nothing at all mystical about the power of the mind to control a person’s destiny.  On the contrary, it’s a phenomenon that is scientific in nature.  Therefore, the individual who desires to achieve a genuine positive mental attitude (as opposed to the superficial rah-rah stuff) would be wise to study and learn how the powers of the mind can, indeed, draw to him the things, people, and circumstances necessary to convert his desires into results.

Based on the evidence, you might say that a good way to start getting what you want in life is to develop the habit of imagining that you already have it.  For example, let’s go back to Napoleon Hill’s statement, “When you’re ready for a thing, it will make its appearance.”  Have you ever heard something for years, then suddenly the right person, in the right place, at the right time says it in just the right way, and you say something like, “Wow, what a great thought!”  Then a friend or spouse says, “But I’ve been telling you that for years, and you’ve never gotten excited about it before.  What’s the big deal?”

The big deal was that prior to that time your mind was not ready to receive the information, so you didn’t really believe it.  Then, when it finally hit you like a sledgehammer, it was because you were at a point in your life when you were ready to hear it, ready to absorb it, ready to act on it.  Thus, it created the illusion that it magically made its appearance at that particular moment.

But it wasn’t really magic at all.  Rather, it was a result of raising your awareness level and expanding your “mental paradigm.”  I use the term mental paradigm to describe an imaginary box within your mind, a box that houses what you believe to be the world of the possible.  Conversely, everything that lies outside the perimeter of that box represents the world of the impossible to you.

It’s the combination of what lies both inside and outside of this imaginary box that forms what is commonly known as your “system of beliefs.”  What determines on which side of the box’s boundaries something lies are your experiences, your environment, your knowledge, your wisdom — everything you’ve been exposed to throughout your life.

To the extent you have accumulated a great deal of knowledge and wisdom, not only will more possibilities lie inside the boundaries of your mental paradigm, the paradigm itself will be expanded; i.e., your mind will be more open to new ideas, new concepts, and new possibilities.  On the other hand, to the extent you have not done much to improve your mind through reading, learning from others, and firsthand experience, you will tend to have a much smaller mental paradigm.

Start the new year by making a commitment to put more effort into improving yourself (particularly when it comes to knowledge and wisdom) than you put into your job or profession.  When you do so, you will be absolutely amazed at how your mental paradigm naturally expands and how that, in turn, will draw to you the things, people, and circumstances you need to accomplish your goals.

Trust me, it works!