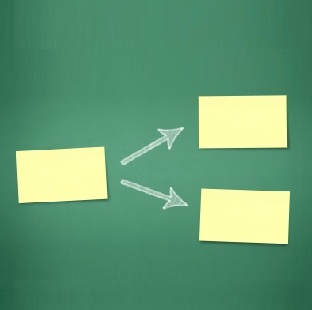 At a press conference early in his presidency, Dwight Eisenhower was asked for the name of his favorite author. “Harry Sinclair Drago,” said Eisenhower.

The reporters looked puzzled. They obviously hadn’t heard of Drago, even though he’d written several classics of western fiction, including Suzanna: A Romance of Early California and Whispering Sage.

So they asked Eisenhower for his second favorite. “Bliss Lomax,” replied Eisenhower. If nothing else, this proved that Eisenhower was consistent, because that was a pen name used by, you guessed it, Harry Sinclair Drago.

Drago used at least eight additional pen names. He needed all those names because he wrote a lot. Over the course of his career, he wrote short stories, screenplays, articles, and more than a hundred novels. More than three full-length novels a year for 30 years.

When Syracuse University announced that it would be the custodian of Drago’s papers, the thing that seemed to fascinate reporters the most was the amount he wrote. One of them asked him: “How did you write over a hundred books?”

One Bite at a Time

Harry Sinclair Drago knew that, often, the secret of accomplishing big things is to break the big task into lots of small tasks. There’s an old joke that illustrates the point.

Question: “How do you eat an elephant?”

You can make it a big bite or a small one. I bet Drago didn’t start out writing four pages a day. It might have been as little as one hundred words.

By breaking your big projects into little action steps and doing at least one step a day, you can accomplish great things. Just don’t keep all your action steps in your head.

Get Out of Your Head

I’ve met people who get the “baby steps” concept, but they still don’t get anywhere because they never get to the action part. They come up with action steps like “Think about the plot for the novel” or “Analyze marketing options.”

Those sound like action steps, but they’re not. They don’t result in real action. Real action is something out in the physical world that others can witness.

Instead of “Think about the plot for the novel,” try “Draft plot outline.” Instead of “Analyze marketing options,” try creating several specific action steps. They might include: “List three sources of information,” “Contact source A,” and “Prepare report on costs and benefits.”

Make a call. Make a list. Send an e-mail. Write a report. Do something. If you make it visible, you won’t fool yourself about whether you’re making progress. And to keep things moving, define action steps that are small enough that you’re sure to succeed.

Make It Small Enough to Get You Going

You’re more likely to succeed at small, easy action steps. So when you’re feeling overwhelmed by all the things, or the big thing, you have to do, make your action steps smaller and easier. One clue that you need to break your goal into smaller chunks is when you find yourself procrastinating.

Say that you know you need to get the house painted, but you’re not doing anything about it. So make it smaller.

What’s the first thing you need to do?

It could be: “Get some estimates.”

If getting estimates is still blocking you, make your next action step even smaller. Try: “Call three painting companies.”

If you’re still procrastinating, choose a smaller step. How about: “Make a list of five painting companies to call?”

At some point, you’ll be down to an action step that moves you forward but isn’t so big it stops you in your tracks. That gets you moving and gives you momentum.

The principle of using small wins to build psychological momentum was presented in a Ph.D. dissertation at Stanford University in 1977. The theory: It works because it’s a truly brain-friendly concept.

When someone praises you, you feel good because your brain produces a chemical called dopamine. When you praise yourself by checking off a completed action step, you get the same physiological result. As you achieve one small win after another, you find it easier and easier to take the action steps that generate the wins.

One way to keep things moving is to keep score.

At the end of every day, Ben Franklin would ask himself: “What good have I done this day?” You can ask the question: “What have I done today to move my life and career forward?”

Think about the action steps you took today. Think about how they helped you achieve your goals. Savor your victories.

Remember that success usually isn’t a result of achieving great big things all at once. Eat the elephant of a big achievement one bite at a time.

[Ed. Note: Matthew White is the author of The Confidence Bible: the Little Blue Book of Fearless Confidence. He believes being confident is a skill that can be learned, just like playing golf or learning to drive.]
Posted in Motivation, Productivity, Self-Improvement and tagged guidance, marketing, Productivity
This error message is only visible to WordPress admins