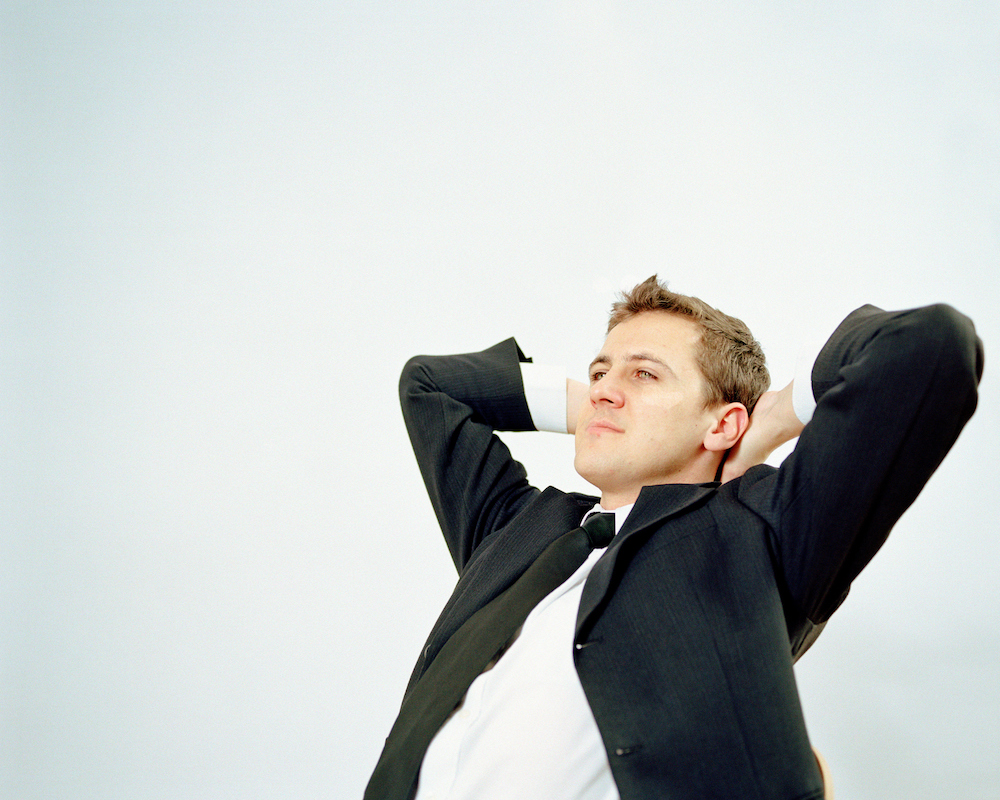 I was recently on a trip to Australia. One night, a couple of new friends and I were having beers when one of one of them asked me a pointed but simple question: “Who are you and what have you done?”

I BSed my way through the question, but in honesty, I didn’t really know how to answer it. After evading the question, I quickly jotted it down and continued on with the night.

On the plane ride back, I thought about the question a bit more, pulled out my computer in an attempt to answer to the question, and then quickly pushed it aside. Turns out the weight of the question was more than I wanted to think about on the 14-hour flight. My glass of wine and an episode of Fargo was a much easier way to pass the time.

But the question still lingered in the back of my mind: Who are you?

Two weeks later, I was interviewing Jason Feifer (Editor-in-Chief for Entrepreneur Magazine) for the TR Talk Podcast and he shared a story similar to my Australian one. One night, he was relaxing with a group of friends and each friend went around the table describing what their “thing” was. This was their guiding life compass. It was what defined them as a person—the one mantra they could always go back to when making big decisions or pushing through a rough patch.

More importantly, it wasn’t their job. It was who they were (and are).

Jason’s “thing” was crystal clear: “I love telling stories through my own voice,” he said. He explained that everything he does—every goal he sets, every decision he makes—is influenced by this “thing.”

In other words, the “thing” is a behavior that reflects specific innate qualities.

This concept reminded me of my friend’s question about who I am. I realized that our “thing” is not just a guide—it’s who we are. One and the same.

Considering that I didn’t have a clearly identifiable “thing” of my own, I spent the next couple of days journaling. The overarching prompt was always the same: Who are you?

I wanted to share the three techniques that helped me develop my “thing” through this process, in an effort to help you find your own clarity and definition.

This is the easiest place to start, as we can all rattle off a few activities that we like to do.  Here are a few from my list:

When working on this list, just write anything that comes to mind. Aim for 10-15 items.

This “thing” was their guiding life compass. It was what defined them as a person—the one mantra they could always go back to when making big decisions or pushing through a rough patch.

2. What kind of person do you want to become?

To quote the great and powerful Joe Rogan, “If your life were a movie and it started now, what would the hero of your life’s movie do? Do that now!”

I love this quote.  It’s simple, and something we can all relate to. We all have an image of the person we want to become, right? I mean, who doesn’t have an idol?

The person you want to become should align with your thing—or, at the very least, should not conflict with it. If it does, rethink your idol.

Jumping back to me, I asked myself what kind of person do I want to become. Instead of starting with a list of names, I simply called out qualities that shape the person I’m gunning to be. Here’s a look at my list:

The main goal here is that you’re taking time to describe (in detail) the character of the person you want to be. Once you know that, you can determine if that perhaps jells with your “thing.”

3. What are you waiting for?

You can only THINK about becoming someone for so long. At some point, you have to actually work on becoming that person.

Here’s a good place to start: Write down 10 possible options for what your “thing” could be. Twenty-four hours after you write the first draft of 10 options, cross-out seven from your list, and then refine and revise the remaining three.

Continue to do this, spacing your edits out 24 hours for ample reflection time, until you have a working sentence (or 25 words) that describes your thing.

Here is a narrowed down list from my journal:

Now, the problem with the first and second are that they’re too narrow and don’t provide enough direction in moments of big decisions.  The third and fourth bullets are getting closer. The fifth is what I settled on.

Some of you may be thinking, “What kind of person would identify with selling?” Let me explain.

The word “selling” often evokes negative feelings. And sure, if you are dishonest in your selling, you are setting yourself up for failure. But, that’s not the type of selling I’m talking about.

Whether we like to admit it or not, most of our life is dependent on our ability to sell ourselves. It’s what we do when we go for a job interview, make a pitch to buy a house, converse with someone whom we want to be our friend or partner, etc.  It’s not a bad skill to have. Plus, if my thing is “I love selling,” then it also aligns with my love of people and gift for communication.

Think you’re done? You’ve found your “thing” and now life is clear as the waters in Arruba? Nope.

This is not a one-and-done activity. It takes months and years to come to an understanding of what your thing is. But you have to start sometime. And as you begin writing your lists and hewing away the undesirables, consider sharing your thoughts with friends or family. I told a close friend of mine what my “thing” was and he responded positively, which let me know I was on the right track.

Every major decision in life will be a little bit easier because you have a guidepost.

Even small decisions become easier. Recently, for example, I decided to revise my morning routine this past month to align with my focus on selling. You see, I use to workout right after waking up. But I realized that priority wasn’t serving me. Now, I wake up at 5 a.m., have coffee, and read for an hour. Why? Reading more improves my vocabulary. Improved vocabulary allows one to talk more concisely. Concise communication is, more often than not, more effective communication. And effective communication means higher sales.

See how that works?

But there’s another benefit to having a clearly defined “thing.” Outside of the minutiae of decision-making and task completion, having a “thing” reduces anxiety. Why? Because no matter what happens with a job, a friend, or a relationship, you’ll know who you are and can make progress with an unwavering foundation of self.

As Tony Robbins says, “Happiness comes down to making progress in life.”

Need some routines to keep your productivity on track? This Morning Routine video course has been used by countless athletes, entrepreneurs, business leaders, parents, and coaches. It’s worth giving it a shot—it might just help you reach your goals in half the time! Try it now.

Ryan Warner is the co-host of TR Talk Podcast, which interviews leaders in their fields to learn how millennials can fast-track their personal development. Guests have included former NFL players, NBA champions, Olympic gold medalists, CEOs, and New York Times best-selling authors. Ryan is also an account executive on Salesforce’s financial services team. You can subscribe to the podcast here and connect with Ryan through Twitter (@Ryan_N_Warner).