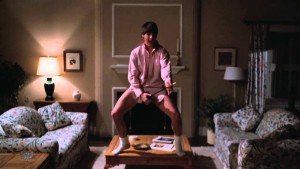 Just take them old records off the shelf  “It was said when vinyl gave way to cassette tapes back in the ’60s and then again when CDs came around in the ’80s. Friends said it to one another when CDs were overtaken by MP3s in the late ’90s and now, here in 2015, it will come back into the public vernacular as streaming music services have become the world’s preferred way to listen to music. For the first time ever, streaming revenue has surpassed $1 billion dollars,” says Tech Radar. Read more.

+ Would you sue or hire this guy? The story: In 2011, Tom Critchlow, founder of Fiercely Curious launched a single page website called F$%& Yeah Spotify. The website’s purpose was to display the top tweeted Spotify URLs (songs) for the day. Tom says, mostly it didn’t work, it looked ugly, and got less than 20,000 views the year and a half it was live. In other words, it failed. But here’s where the story gets good. Tom decided to tweet his project to Spotify. This lead to Tom receiving an invite to present his failed project to Spotify. And caused an internal debate at Spotify on whether to sue or hire Tom. Read the full story (Skip to 12).

Matter of debate: make it ‘til you make it. “In 2009, back when I was the creative director of a music magazine, I sat on a panel of music industry professionals. The audience was mostly comprised of bands and curious non-music-industry people, so when it came to the Q&A part of the evening, the questions were predictable. One of the less surprising questions was: “I’m in a band. How do we get booked for bigger shows?” The answer — from the owner and booking manager of a concert venue — caught me off guard: “Don’t play bad shows.” He went on to explain that, if you’re just starting to play shows, you have to pick your battles: only perform when you’re sure there’s going to be a big audience and a good stage to play on. Only play when you’re sure you’re going to get paid. In other words: play it safe,” says Matt Ström. Now before you lose your mind and tell me that there’s so much you can learn from failure, read this. Then I’d love to hear your thoughts… Is “failure-worship” overrated? Is patience underrated? Leave a comment.

Here’s why doing things that scale IS overrated. “Build a business that scales.” Let’s talk about why this advice is overrated. Paul Graham — a legendary angel investor — wrote a detailed post about this here. But I’ll save you some time and summarize the main benefits of doing things that don’t scale: a) you get intimate with inefficiencies b) you learn where there’s room in a business to scale. Procrastinating on an idea because it might not scale should never be an excuse for new entrepreneurs. What you’re actually doing is setting yourself up to fail once you find an idea that can scale.

How to charge more by offering less value. “Most people will tell you to offer more value. And that’s a great strategy. But what if I told you you could charge more and offer less.” I’m sure you heard about Turing Pharmaceuticals — the company that raised the price of Daraprim, a drug used in AIDS and malaria treatment, from $13.50 to $750. Today, Turing Pharmaceuticals announced it will be lowering the price. What was this all about? Price testing? All bad jokes aside, I don’t need to tell you how wrong this was. But let’s actually talk price testing. Derek Halpern found a way you can increase your prices by 26% by offering less value.

How the Pope flies. The Pope visits the White House today. Here’s an interesting read on How the Pope Flies: Across Four Continents With Pope John Paul II (The New Yorker).