“Meet the Internet-connected water jug that orders its own filters from Amazon.” This is a great headline by TheNextWeb. It was lifted straight from the Brita Infinity Smart Water Pitcher description page, but whoever copied it saw the big benefit immediately. Think about it, what separates this autonomous-Wi-Fi water jug from other auto-pay monthly subscription services? Does your razor order its own replacement blades when it starts getting dull? No. You just get billed each month and new blades arrive on your doorstep, whether you need them or not. Most likely you need them, but that’s beside the point. There’s something less magical about the whole process. It seems less justified. We all know the one magic word all salespeople need to be using is ‘because.’ This smart water jug has its ‘because’ built in.

What does this say about us? Someone created a new tool that allows you to track your friends sleep patterns via Facebook — and according to many of its users the tool is shockingly accurate. For most of us millennials, checking Facebook is the first thing we do in the morning and the last thing we do before going to bed. But what does this really say about us? I don’t know, but I read this over the weekend and my gut is telling me today is a good day to take a break from FB. The Leo memes will be there tomorrow, y’all.

Hiring A-players: 7 questions to ask. Q1: Have they been promoted at least once in a previous role? “A-players are great at what they do and good managers will pick up on that fast, offering them more responsibility and eventually a more challenging role. Look at their LinkedIn profile and see if, at any of their previous companies, they’ve been promoted. Once is great, twice is amazing, and three times is out of this world,” says Mitchell Harper. Here are 6 more questions Harper recommends you ask if you want to hire A-players.

How productivity blogs waste your time. This is a dicey one, especially considering I work for what most people would consider to be a “productivity blog.” But this is important, and one of the reasons ETR separates itself from other hack “productivity blogs” is we’re not afraid to share contrarian viewpoints. Enter Nat Eliason:

“Take a look at this headline, and tell me what the problem is: The 1 Habit These 50 Successful Entrepreneurs Have in Common. The premise of the article was that most successful entrepreneurs are avid readers and that they list reading as one of their most important habits. Stop there. Just from that bit, what is already going through your mind?

“If I want to be a successful entrepreneur, then I should read more.”

It seems obvious, right? All these successful entrepreneurs read, you want to be a successful entrepreneur, so you should read too. But, for anyone who’s taken an intro to statistics class, the problem is obvious: these two things being related does not mean that one causes the other. Or, phrased the popular way, “correlation does not imply causation.” You could explain this habit in a number of different ways…

But there’s a bigger problem here: When we read these kinds of articles, we forget that these habits are an improvement on an already successful life, not the source of it. For example, take this headline: Apple CEO Tim Cook Wakes Up At 5 a.m. Every Day. Here’s Why.

TV for millennials. “For the past few months, all of us at VICE have been working hard to put the finishing touches on VICELAND, our new TV channel.” VICELAND goes live today. Here’s how to watch it.

Young entrepreneurs sweeten the Lemonade Stand Model. This story will make you wonder what exactly you were doing when you were eight years old. 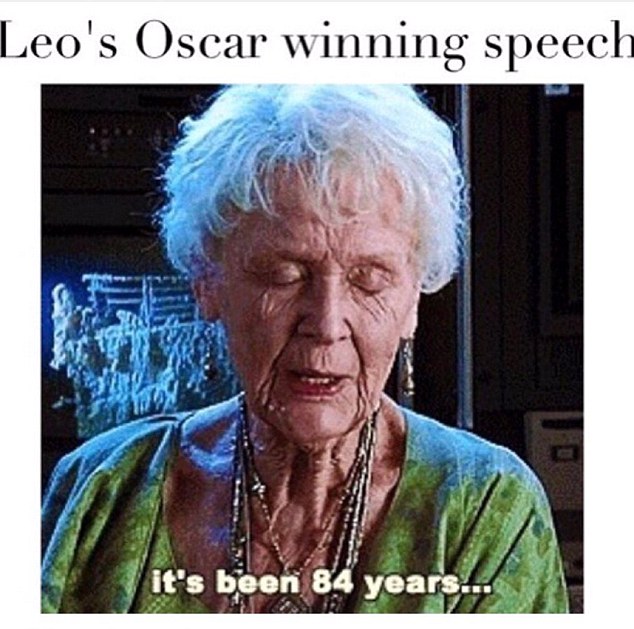 3. For tweens of the late ’90s, DiCaprio has never outdone — and will never outdo — his portrayal of Jack Dawson in 1997’s Titanic. (Not like there needs to be evidence to support this, but in 1998, more than 200 fans petitioned when he was snubbed for the Oscar that year.) Despite our inability to let go, as it happened, DiCaprio originally passed on the role. “His character doesn’t go through torment, and Leo previously and subsequently in his career was always looking for that dark cloud,” director James Cameron told People. “It became my job to convince him that it was a challenge to do what Gregory Peck and Jimmy Stewart did in previous generations, to stand there and be strong and hold the audience’s eye without seeming to do very much. Only when I convinced him that was actually the harder thing to do that he got excited.”