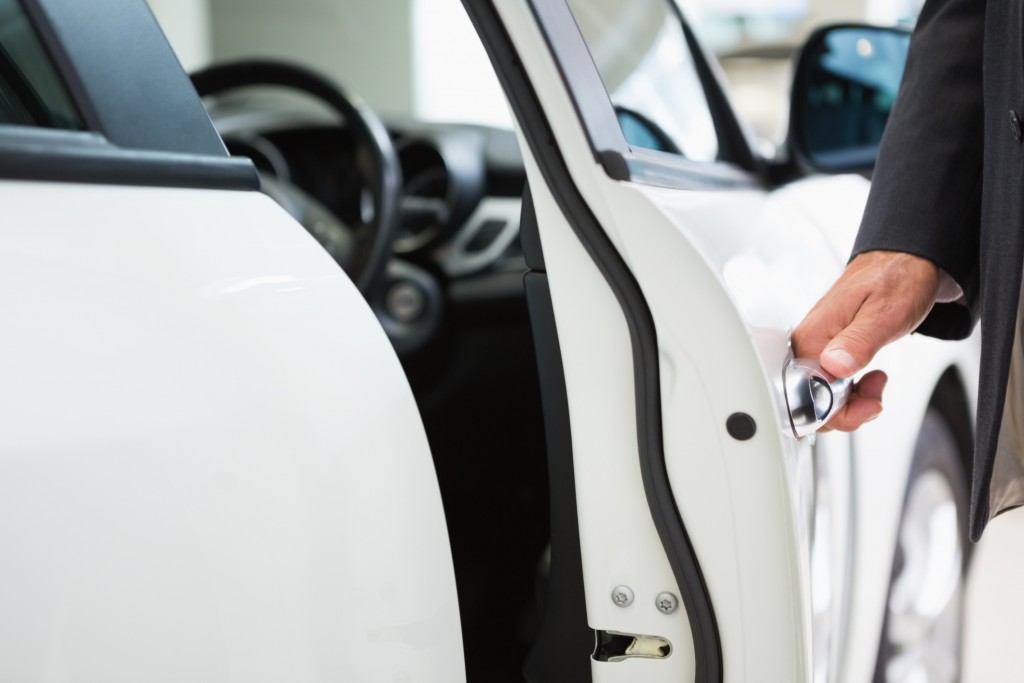 In a column, she shared the wisdom of Father Pat Connor, a Catholic priest with several decades of experience as a marriage counselor.

Too many women marry badly, he says, because infatuation trumps judgment. (I’m sure plenty of men have their own complaints, but today is Ladies’ Day.)

Father Conner advises women not to marry a man who has no friends, who is controlling or irresponsible with money, who is overly attached to his mother, or who has no sense of humor. He lists so many qualities to avoid, in fact, that one woman responded despairingly that he’d “eliminated everyone.”

The column generated a hailstorm of letters to the editor, including one from a Ms. Susan Striker of Easton, Connecticut. The twice-divorced woman insisted that Father Conner had only scratched the surface. She warned women:

Never marry a man who yells at you in front of his friends.

Never marry a man who is more affectionate in public than in private.

Never marry a man who notices all of your faults but never notices his own.

Never marry a man whose first wife had to sue him for child support.

Never marry a man who corrects you in public.

Never marry a man who sends birthday cards to his ex-girlfriends.

Never marry a man who doesn’t treat his dog nicely.

Never marry a man who is rude to waiters.

Never marry a man whose plants are all dead.

Never marry a man who hates his job.

Reading this laundry list, I wasn’t sure whether to laugh or cry.

Clearly, this was the voice of experience. And it made me think what, if anything, I could tell my own daughter to keep her from making a big mistake someday.

Of course, Hannah is only 17 now. But I already identify with comedian Bill Engvall. On one episode of his sitcom, he told his teenage daughter – to her utter mortification – that her date honking the horn out front needed to come inside and meet her parents first.

He does. But before the boy leaves, Engvall pulls him into another room and says, “That’s my only daughter right there and she is precious to me. So if you’ve got any ideas about making out or hooking up or whatever you call it these days, I just want you to know… I don’t mind going back to prison.”

I know more than a few fathers who can identify with that sentiment.

But the problem with the “never marry a man…” list is that it approaches the notion of an ideal man from a purely negative context.

Rather than telling my daughter what to beware of, I’ve only recommended that she marry “a gentleman.” But then what, exactly, is a gentleman in this day and age?

British born American writer Oliver Herford once remarked that a gentleman is someone “who never hurts anyone’s feelings unintentionally.” (This is always said with an emphasis on the word unintentionally so the listener understands that it’s okay if the recipient is deserving.)

But here’s a bit more specificity from John Walter Wayland, who defined the term in 1899:

The True Gentleman is the man whose conduct proceeds from good will and an acute sense of propriety, and whose self-control is equal to all emergencies; who does not make the poor man conscious of his poverty, the obscure man of his obscurity, or any man of his inferiority or deformity; who is himself humbled if necessity compels him to humble another; who does not flatter wealth, cringe before power, or boast of his own possessions or achievements; who speaks with frankness but always with sincerity and sympathy; whose deed follows his word; who thinks of the rights and feelings of others, rather than his own; and who appears well in any company, a man with whom honor is sacred and virtue safe.

Pretty much says it all, doesn’t it?

Perhaps the best thing for single men and women to do would be to cultivate these qualities of character in themselves. This would make them worthy of the affections of their ideal mate, should they have the good fortune to encounter him or her.

One final thought. You may remember Dr. Randy Pausch – the author of The Last Lecture – who succumbed to pancreatic cancer at 47 seven years ago this month.

He, too, struggled with this question and left behind this time capsule of advice for his daughter Chloe, then 2:

“When men are romantically interested in you, it’s really simple. Just ignore everything they say and only pay attention to what they do.”

Pretty good advice. And not a bad way of sizing up people generally.

[Ed Note: Alex Green is the author of excellent books like, The Secret of Shelter Island: Money and What Matters, and Beyond Wealth, that show you how to lead a “rich” life during trying economic times.]
Posted in Motivation, Self-Improvement
This error message is only visible to WordPress admins