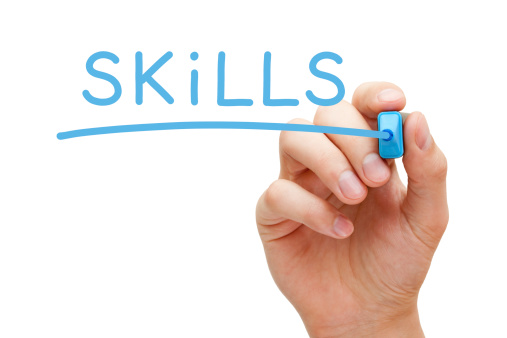 With mastery, the one thing in common is that there are ALWAYS big failures.

Take my friend for example, poker champ Ylon Schwartz. The day before he left for Las Vegas in 2008 where he won over $3 million in the World Series of Poker, he was dead broke, in debt, and using a court-appointed attorney to defend himself in a New York City courtroom.

He asked me that day, “I have to get on a plane for Las Vegas tomorrow and when I get back I could go to jail. How am I going to get through this?”

I didn’t have an answer for him other than the usual clichés. But he got on that plane. And every day he went higher and higher in chips. And he won $3.7 million in that tournament and hasn’t looked back.

When I was at my worst I had built a business, sold it, and then lost everything. I looked back on it and kept thinking to myself, “I just got lucky. Luck like that never happens again.”  And as long as I was thinking that way, I was right.

Thoughts are the ancestors of actions. First, I had to convince myself that I could succeed again. Then, and only then, could I take the first step back, the tiniest step that would release me from my fears and anxieties and allow me to move forward, if not to mastery then at least to success.

On the path to Mastery, everything will go wrong.

As Robert Greene points out in his book, Mastery, Napoleon got banished to Elba where he supposedly said his famous palindrome (somehow speaking English for the first and only time in his life), “Able was I ere I saw Elba“.

Every master has his Elba. Banished to an island where the life you once knew no longer exists and it seems like there is no way to escape.

Napoleon escaped because he was the best in the world at what he does.

Because he had the psychology, or perhaps the blind spot, to not recognize that this was “it”, his final destination. Studying how he came back to power is a great example of psychology mixed with all of the above skills in becoming a master.

Bobby Fischer spent much of his life in borderline schizophrenic agony when he couldn’t deal with his losses. He’d disappear for years at a time but then come back stronger than ever.

How do you build that psychology? I don’t know. It’s a combination of many things:

That brings me to persistence.

Add up all of the above and you get persistence. Persistence creates luck.

Persistence overcomes failure. Persistence gets you experience. Persistence is a sentence of failures punctuated by the briefest of successes, and eventually those successes will start to propel you towards mastery.

Not one success or two. But many.

How do you get persistent when life is filled with changing careers, relationships, responsibilities, economic crashes, historical upswings, and so many things that can get in your way?

It’s painful and brutal and no fun and nobody will ever understand why. And when you achieve success people will act as if it’s the most natural thing in the world to have happened to you.

And you try to explain, “No, there was this one time…” but they don’t want to hear it. They want to know what their next move should be so they can be where you are.

There’s no next move. There’s only your next move.

And then there is mystery.

Ultimately, Mastery = Mystery. You’re going to break the sound barrier in some field where nobody has ever gone that fast or that far. You’re going to find your own unique combination of passions that make you the best in the world at that combination.

What if nobody cares? That’s OK also. You care.

What if you never go for the mystery? What if you settle back into the known, the comfortable, the stress-free existence of your peers and colleagues and everyone you ever knew?

The world might not allow it. What you thought was comfortable might’ve been a myth also.

So you can only do this:

Ask: “What can I do right now to move forward?” Only this second. Having a goal in the distant future is almost a damnation of this moment in time. An insult.

We can’t predict the future. And the history of mastery shows that nobody was able to predict which goals would work and which wouldn’t.

Only this moment matters. Health-wise: physically, emotionally, mentally, and spiritually. Can you move forward today in each?

Then you will attract the mastery and the mystery.

Very few people do… And many of them experienced much hardship and pain along the way. And will continue to experience that hardship.

Freud has said that our two goals in life are human connection and achievement.

But often it’s a reasonable goal to overcome these evolutionary inclinations.

To be happy with your loved ones. To be satisfied for every gift in your life, for every moment, not rushing to the next moment of mastery. True mastery can be found right here, right now.

Nothing is more important than this. Nothing compounds into greater happiness in life more than this.

Because when you rush to get to a mythical THERE, one day you will arrive and realize you missed all of the pleasures and mysteries along the way.

What skill or part of your life do you want to master?

[Editor’s note: James is the host of the #1 business podcast, The James Altucher Show. In the incredible first episode, James interviews a man that essentially reinvented the book-publishing industry. After writing a book and receiving hundreds of rejection notices, this man changed the rules and has since sold nearly 3 million copies of his book and he’s also made a lot of money. You don’t want to miss what he had to say. The easiest way to listen is to subscribe to his podcast through iTunes. Click here to listen.]
Get updates on living the good life delivered to your inbox.
Posted in Careers, Self-Improvement, Skill Development
This error message is only visible to WordPress admins