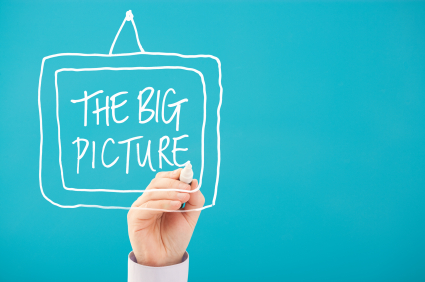 Some years ago, while on a nationwide seminar tour, I happened to be staying overnight in Houston.  After a particularly tiring, stressful day, I made an appointment for a massage at the health spa in the hotel where I was staying.  By the time my appointment rolled around, I was in a pretty gruff mood and looking forward to having someone work on my tired body.

As I finished putting my clothes in a locker and wrapping a towel around my waist, a spa worker greeted me and asked me to follow him to my assigned massage room.  It crossed my mind as a bit unusual that the masseur himself did not come out to greet me, but, being exhausted and stressed, I didn’t give it too much thought.

After entering the massage room, the masseur introduced himself, shook my hand, and asked me to lie facedown on the table.  As I began to get onto the massage table, I happened to notice that the masseur was staring straight ahead.  I immediately did a mental double take, then instantly was jolted out of my own little myopic world.  It was evident that the masseur (“Paul”) was blind.

I soon felt comfortable enough to ask him if he had been blind all his life.  “No,” Paul responded, “it happened about thirty years ago, when I was nineteen years old.”  He went on to explain that he was planning to become a doctor, and was attending a summer orientation session at a special training school in Oklahoma for a few weeks.

While there, he became friendly with another young man (“Charles”), who took him into his confidence and told him about a lucrative scam he was operating.  Charles explained that he had a ring of college students cashing counterfeit checks he had printed up, and was giving them a percentage of the take.

After a time, Charles asked Paul if he would like to get in on the deal.  Paul immediately told him that he wasn’t interested, and thought that would be the end of the matter.

But later that night, Charles came to Paul’s motel room and pulled a gun on him.  He told Paul that he had no choice but to kill him, because he knew too much about his criminal enterprise.  Without even giving him an opportunity to promise that he would never mention it to anyone, Charles shot Paul in the head.  He assumed he was dead, and left him lying on the floor in a pool of blood.

The bullet had severed Paul’s right optic nerve, and he was later told that his left eye could have been saved had he been taken to a hospital right away.  Instead, he lay on the floor for eighteen hours before he was found, and blood clotting and other complications caused him to lose the sight in his left eye as well.

In a voice of resignation that I will never forget, Paul concluded his tragic story by saying, “And I’ve been blind ever since.”

I suddenly found myself thinking of all the things I take for granted that Paul had never experienced.  In his entire adult life, he hasn’t seen a beautiful woman, a spectacular sunset, or a magnificent painting.

Lying on the massage table, my fatigue and stress seemed to fade away as these sobering thoughts pervaded my mind.  How right Socrates was when he said, “If all our misfortunes were laid in one common heap whence everyone must take an equal portion, most people would be contented to take their own.”

My experience with the blind masseur in Houston had a major effect on my life by helping me keep perceived problems, injustices, and adversities in proper perspective.  By perspective, I’m talking about the capacity to view things on their relative level of importance.

Today you’re passed over for a promotion, and you think the world is coming to an end.  Tomorrow you lose your job, and a promotion is no longer important to you; you just yearn to have your job back.  Then you lose your health, and suddenly you realize how good you had it when your only problem was not having a job.

When it gets down to it, I believe one of the main reasons we have such difficulty seeing our everyday problems in a relative light is that we take ourselves too seriously.  There’s a fine line between pathos and humor, and one of the many advantages that a human being has over every other species is that he possesses the capacity to transcend himself, i.e., the ability to detach himself both from situations and from his own thoughts.

One of the unique ways in which he is able to accomplish this is through the use of humor.  As with transcendence, man is the only living creature who can laugh at himself.  He can choose not to see every problem, every injustice, and every adversity as a life-or-death matter.

Fortunately, we have been given the ability to view our problems in a relative light.  Not every bad break turns out to be a problem; not every problem is a bona fide injustice; and not every injustice is of major importance when juxtaposed against the millions of injustices that occur daily throughout the world.

To paraphrase Charles Dickens’s first paragraph in A Tale of Two Cities:  It was the best of times; it was the worst of times; it was, in fact, pretty much like any other time.  Which is to say that crises come and go, but only one time in history is the world going to come to an end — and one thing about which you can be certain is that you won’t be around to remember how it happened anyway.

Learning to view things in a relative light is a skill that is almost certain to add many quality years to your life.