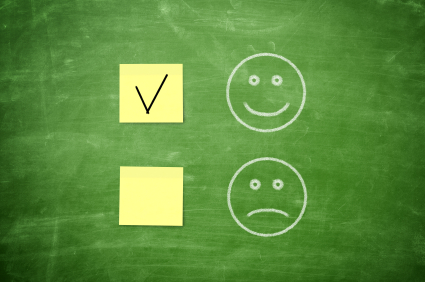 Our nation has a happiness fetish.

Each year, publishers print thousands of books on the subject. Talk show hosts offer advice from psychologists and therapists. Magazine covers promise “The Short-Cut to Happiness” or “The 7 Secrets of Wedded Bliss.”

You might reasonably wonder why the market is so large. A Pew Research Center poll reports that almost 85 percent of Americans say they are happy or very happy.

Yet millions want to be happier still. And they feel they could be, if only they pursued it a little more ardently.

Except… that won’t work.

Happiness is a by-product. It is achieved indirectly, by producing something beautiful or useful or by making someone else happy. The search for happiness, it turns out, is one of the chief sources of unhappiness.

Take a look around. Much of the economic misery we see today is due to the unbridled pursuit of bigger houses, fancier cars and more exorbitant trips. The lure of consumer culture and an obsession with more is precisely what keeps so many from contentment.

The Stoics argued that happiness results not from pursuing affluence and status but rather virtue and wisdom. Pythagoras, the sixth-century BC philosopher and mathematician, asked that his followers take time, before going to sleep each night, to pose three questions: What have I done? Where have I failed myself? What responsibility have I not fulfilled?

If we fixate instead on gratifying all our desires, we become superficial, acquisitive, deluded or foolish. The headlong rush for happiness can also blind us to serious problems or numb us to the pain of others.

After all, every life is lived between the poles of joy and sadness. Laughter and love are part of it. But so are pain and suffering. To deny the tragic aspects of the world is to suppress a large part of what it means to be human.

Playwright Tennessee Williams understood this. Asked in an interview to define happiness, he replied, “Insensitivity, I guess.”

Great artists often try to awaken us – or stir our conscience – by reminding us of the more doleful aspects of life. In response to the 16th Street Church bombing in 1963, an attack by the Ku Klux Klan in Birmingham that killed four girls, saxophonist John Coltrane wrote Alabama, a blues-based instrumental that expresses anguish and sorrow more eloquently than words.

Poetry, too, can inspire us with its sorrowful realizations.

Shakespeare captured the same sentiment in Cymbeline: “Golden lads and girls all must / As chimney-sweepers, come to dust.”

In 1890, Vincent Van Gogh, overcome by feelings of worthlessness, walked out into the southern French countryside and shot himself in the gut with a pistol. Just 37, he died from the wound two days later. Yet in the previous two years – and despite his bleakness – he completed more than two hundred paintings, many of them masterpieces.

Handel, after years spent at the top of the musical world, fell into terrible poverty, ill health and deep depression. Yet from the depths of profound despair, he completed his greatest work, The Messiah.

Beethoven raged against advancing deafness and his own finitude, yet created immortal works during this period, including his Fifth symphony, his only opera, Fidelio, his late string quartets and the Ninth symphony with its triumphant Ode to Joy.

Not all innovators are melancholy, of course, and not all melancholy souls are innovative. And I don’t mean to romanticize clinical depression, an often-debilitating illness.

But there can be no joy without sorrow. No sunrise without the night. Periods of unhappiness are natural and even valuable. How are we to measure our best moments except against those that are not?

Plus, contentment often saps our motivation. Dissatisfaction is the great spur to progress. Imagine the innovations we would lack today if we were satisfied with quill pens, horse-drawn carriages, or the “evil spirits” theory of disease.

Today millions equate happiness with money. But studies show that once people are lifted out of poverty, their happiness is not dependent on income. More often reported levels of well-being are a combination of genetics, health, circumstances and coping skills.

Happiness results when our aspirations are being fulfilled and we are optimistic about the future, when we are developing our capabilities or helping others develop theirs. In short, we are happiest when happiness itself is not the goal.

Contemporary philosopher Robert Nozick writes that “We want experiences, fitting ones, of profound connection with others, of deep understanding of natural phenomena, of love, of being profoundly moved by music or tragedy, or doing something new and innovative, experiences very different from the bounce and rosiness of the happy moments.”

Of all the prescriptions for happiness, perhaps the least helpful one is the now-fashionable idea that you can defeat the blues by “paying attention to yourself.” Nothing could be further from the truth. The happiest individuals are invariably those whose ordinary, everyday mode of living is being busy and unconcerned with self.

That doesn’t mean sacrificing your interests for someone else’s. It only means asking not just “what would it take to make me happy?” but also “What limits should I set on this pursuit?” “How should I weigh my own happiness against that of others?” And “What else matters aside from happiness?”

Life is also about education, work, courage, honor, empathy, and resilience in the face of hardship. Real contentment comes from a feeling that your life is worthwhile, that it is dissolved into something meaningful and great. That leads to gratitude.

And gratitude, it turns out, is an indispensable part of happiness.

[Ed. Note:  Alex Green is the author of excellent books like, The Secret of Shelter Island: Money and What Matters, and Beyond Wealth, that show you how to lead a “rich” life during trying economic times.]
Posted in Motivation, Self-Improvement, Spirituality
This error message is only visible to WordPress admins