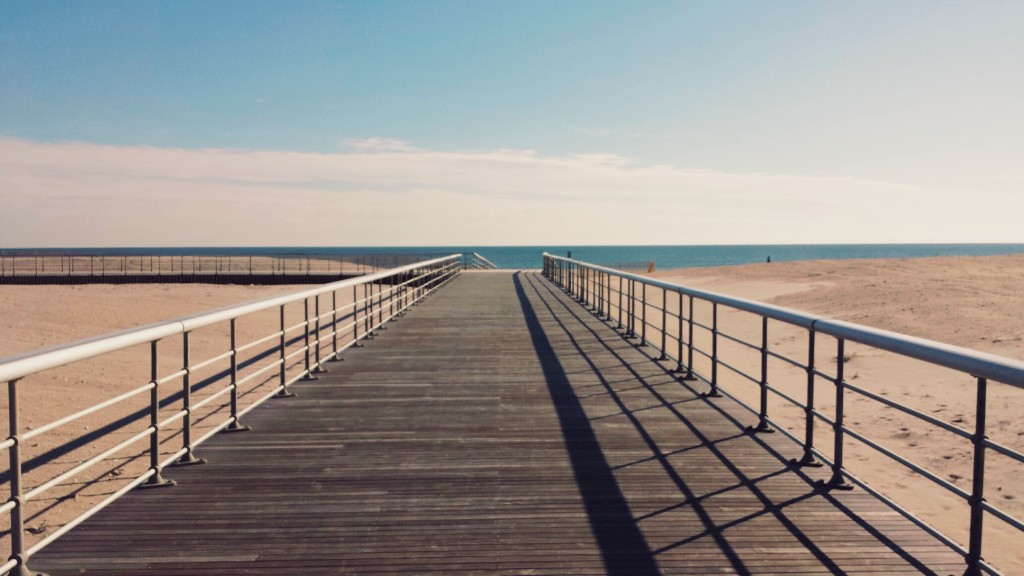 A few years back — in an attempt to help two different groups of people connect more meaningfully — I co-hosted a very weird dinner party.

Deep in the vaults of a London club, together with two blind men and a brilliant social entrepreneur, Gina Badenoch, we sealed a small room until no trace of light intruded.

As the eight guests arrived (four young investors, four social entrepreneurs), the two blind men ushered them into the inky space: seating them at a round table, guiding hands to glasses, reassuring.

Gina’s organisation, Ojos que Sienten, helps ‘differently-abled’ people reach their potential. Including, bewilderingly, by teaching photography to the blind. She generates revenue and awareness by facilitating corporate meetings in the dark.

Dining in the dark with people you know is strange enough. Most of our eight guests also met in darkness, for the first time. Not until dessert did we turn on the lights. By which time, a little over an hour later, it felt like we’d known each other for days…

For in the dark you are forced to listen: a lot, and attentively. If you don’t, if you talk too much, your audience simply vanishes.

Our goal was to help young investors, wary of people wanting them for their money, to meet social entrepreneurs in an unthreatening ‘no pitch’ environment. And to give entrepreneurs time to communicate what they actually needed: mostly not money, but connections.

Afterwards, every single guest followed up enthusiastically. Several remarked that this, in itself, was a first. Problems were solved; friendships forged in the darkness — where everyone was quiet and vulnerable enough to really see each other — persist today.

What You See Ain’t What You Get

I was reminded of this dinner when puzzling over Intros, my new startup.

We want to help people see the impact of their intros and — in understanding how to be more generous with, and grateful for, intros — to make better connections.

We’d expected loud, highly social people to dominate amongst our users. The people you assume connect a lot of people because they seek out, and flourish in, heady networking environments.

We were wrong. When we ask our users to name the best connectors they know, again and again, they introduce us to people who are private, modest and low key.

These people, who regularly transform others’ careers and businesses through connections, are quiet.

“I‘ve never liked the word ‘networking’”, says Susan Cain, a kind of “Queen of Quiet”, famous for her bestselling book, Quiet, about the power of introverts. “It suggests there’s only one way to form social connections.”

Uncomfortable with a more-is-better approach, Susan’s strategy is instead to “go through the world looking for kindred spirits.” This means, she says, that youwant to help. “Connecting is effortless.”

It’s not only effortless, but effective.

Adam Grant — the bestselling author of Give and Take, and an incredibly generous, quiet connector — introduced me to Susan, as the “best connector I know”.

“I was shy,” says Michael Roderick, a Broadway producer, now legendary for his helpful connections. “I came to the city not knowing many people. I didn’t like ‘networking’. I didn’t like talking about myself. So I built a network by asking people how I could help them with connections.”

Anna, a high-powered executive at one of the world’s largest corporations, says, “ I don’t like networking. I’d rather spend my time deepening connections with great people I already know.”

Anna (not her real name) is deeply curious, and loves helping others with connections. She just doesn’t love the classic extroverted process of making new connections. In order to manage in a job that requires reaching powerful people in far flung places, she’s developed a “butterfly strategy”. In every city or sector where she needs to be connected, she ensures she knows one highly connected person, really well. They are the butterfly: wings reaching almost 360 degrees into their environment, connecting her to almost anyone.

The success of quiet connectors, and the lengths others will go to help them, suggests we might all learn from their approach. While none of the follow principles, individually, are unique to quiet connectors, together they form a pattern we see again and again.

This does not mean listening until it is impolite. Rather listening far beyond what is required to bepolite. Long enough to understand both how you can help someone, and if you want to help them.

Getting past pre-packaged chatter takes more time than most think. Investigative journalists, many of whom are quiet connectors with vast networks, are experts in waiting patiently as a snowball of increasingly larger confidences gathers pace. As one put it — speaking of the importance of long stretches of listening — “The story always comes with the check.”

Sustaining another’s mostly-monologue also takes skill. Most people, left to chatter, eventually become uncomfortable. (Those who don’t helpfully flag themselves up as abundantly not ‘kindred spirits’.) To keep others talking, many quiet connectors are also exceptionally deft with notes and questions.

2. Talk with your pen

Taking notes, in the right way, is perhaps the closest you get to participating in a conversation without actually saying anything.

The timing of the note-taking is important. Write down everything, and you look like an automaton. Write down something that another intends to be important, and there’s nothing more engaging.The way you take notes also matters. Quiet connectors tend not only to record, but also to process. They note what’s said, and then note, to themselves, what might be done.

Like all good communicators, they ask excellent questions. But never, as some do, in that polite dance of eliciting ‘good’ answers, irrespective of whether the answer is also interesting to the asker.

They ask “authentic” questions — seeking answers that are personally meaningful. Which helps in detecting kindred spirits, and also in making superb intros.

4. Help! Mostly through intros. Always with permission. Sometimes without mercy.

Once they’ve politely filtered out some unkindred spirits, they offer to help the rest — particularly by making intros, a highly efficient way to be helpful and build goodwill. And because those who give more intros tend to receive more, it’s a way to meet great people without having to stand at cocktail parties too often, listening to unkindreds.

More wary than most of being a burden, they also make intros with tremendous care. Beforehand, they seek permission from both parties. Afterwards they follow up, find out who doesn’t consistently behave, and adjust who they help accordingly.

5. Make grateful intros — and give directions

When making an intro, armed with answers to authentic questions, they’ll often include a few on what each person has meant to them. As well as being compelling and flattering, using an intro as an opportunity for gratitude, as well as generosity, is a subtle, ingenious hedge against the connection going badly.

They’ll also often give as much emphasis to why two people should meet, as to how wonderful each person is. In doing so, they make success more likely — by giving both direction (the why) and momentum (their investment in thinking through the why).

Those who pass the discreet tests embedded in the first five principles become beneficiaries of extraordinary generosity.

Quiet connectors are almost embarrassingly giving towards those they like and trust. And the recipients, by definition generous themselves, become evangelisers. I recently received a email from an entrepreneur signed off #loveadamgrant. If Anna asks one of her trusted contacts for help — her “Man in Havana” as she calls them — they’ll solve any problem for her.

“If you’re my age”, says Susan Cain, “And you’ve spent your life approaching people like this, you end up with a wide and amazing network.” But then she quickly changes the subject.“How else can I help you?”

P.S. Leaving the dinner, one of the entrepreneurs, Tia Kansara, got chatting on the street with the blind men who had helped and humbled us all.

Tia rides a red Brompton bicycle. The blind man, who had never encountered a folding bike, was curious. Kneeling on the pavement, he ran his hands slowly over the contorted bicycle.

Bromptons take time and instruction to learn to unfold. I’ve had one for years; still even a glass of wine can make the sequence tricky. But this blind man, guided only by what he felt, swiftly unfurled the bike and offered it to astonished Tia.

For the rest of us, there’s always a light switch.

[Ed Note: Robyn Scott is a social entrepreneur and author. She is Co-Founder of Mothers for All, which teaches entrepreneurship skills to AIDS orphan caregivers, and Brothers for All, which helps former inmates and vulnerable township youth learn technology, entrepreneurship and leadership skills, and to become positive agents of change in their communities in South Africa. Her work and writing has been featured in the Financial Times, the BBC, Forbes and Fast Company. To learn more about Robyn click here.]