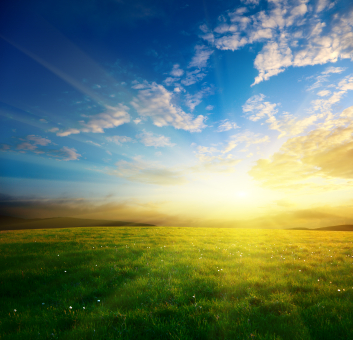 Happiness has been defined in myriad ways over the centuries by some of the world’s greatest thinkers.  Aristotle described happiness as a condition rather than a destination.  Ralph Waldo Emerson referred to it as a journey.

But I think Viktor Frankl got to the heart of the matter even better when he explained that if there is a reason for happiness, happiness ensues.  Happiness, said Frankl, is a side effect of having a purpose in life.

In his book Man’s Search for Meaning, Frankl explained, “What man needs is not a tensionless state, but rather the striving and struggling of some goal worthy of him.”  In other words, man’s purpose in life is not to achieve goals, but to constantly strive toward them.

As early as the 1950s, Frankl referred to meaninglessness as “the mass neurosis of our time,” and correctly predicted a dramatic increase in the problem.  Since the turbulent sixties, young people have been lunging in every direction in search of a cause.

I recall a young lady who once worked for me describing how she and her husband had been professional campus protesters when they were in college.  Of and by itself, that was not earth-shaking news.

What was fascinating, however, was her recalling that on several occasions, in the midst of raucous, sometimes violent, campus demonstrations, she would ask her husband, “Now, why, exactly, are we doing this?” or “What’s this protest about?”  Like Eric Hoffer’s true believers, they were desperately in search of a reason to rebel, for something to believe in.

It made me realize just how right Viktor Frankl was.  Much of the youth revolt over the past fifty years has been due to a lack of purpose in the lives of young people.  Over and over again, we see this meaninglessness lead to depression, which in turn often leads to suicide.

Regardless of whether protest marches have to do with world peace, eradicating poverty, or saving whales from extinction, the reality is that they do not fill the void inherent in a meaningless life.  If man were to succeed in ridding the world of all disease, poverty, pestilence, famine, and war, what then would be the purpose of his existence?

As the struggle for man’s day-to-day survival has increasingly subsided, an important question has emerged:  survival for what?  In other words, just having the means to live is not enough; a person must have something to live for.

Camping outside Best Buy for three days in the hopes of being one of the first to own a new model smart phone is not a reason for living.  On the contrary, the thousands of folks who engage in such behavior are screaming to the world that they have absolutely no purpose in their lives.

And if there is no purpose to an individual’s life — no meaning — then there’s no reason even to get out of bed in the morning, no reason to be alive.  In the words of the great Albert Einstein, “The man who regards his life as meaningless is not merely unhappy, but hardly fit for life.”

The more I reflect on the question, and the more I draw from my own experience and the experiences of others, the more convinced I am that striving toward goals is not a means to an end; striving is an end in itself.  Those who wish their lives away in anticipation of achieving some long-awaited goal do themselves a grave disservice.

Often, it isn’t even a specific goal they are seeking.  Instead, they embody the future in the shadowy allure of some undefinable promised land down the road.  Promised lands, however, are hard to come by.

An unknown author once said, “Yesterday is a cancelled check; tomorrow is a promissory note; but today is cash.”  Psychotherapists refer to this as “mindfulness” — not living for the moment, but living in the moment.  As Voltaire put it, “Do not anxiously expect what has not yet come.  Do not vainly regret what has already past.”

No one ever said on his deathbed, “Gee, I wish I had spent more time thinking about the future.”  The future doesn’t need your attention.  It has an annoying habit of arriving ahead of schedule — without your help.  Even if you have goals, day-to-day life has little meaning if your main reason for living is to look forward to the day when those goals are achieved.

The fact is that it’s possible to achieve all your goals in life, yet miss out on life itself.  And the best insurance policy against that happening is to have a worthwhile purpose in life and live in the present.

One last quote that I believe sums it all up.  In his book The Master Game, Robert DeRopp advised, “Seek, above all, for a game worth playing.  Having found the game, play it with intensity.  Play as if your life and sanity depended on it.  Because they do!”

Remember, happiness comes from enjoying the game — not from the celebration of victory.

[Ed. Note.  Robert Ringer is the author of three #1 bestsellers, two of which have been listed by The New York Times among the 15 best-selling motivational books of all time. Through his books, articles, speeches, and seminars, he has helped more people transform their aspirations and goals into reality than perhaps any other author in history. His articles appear regularly in Early to Rise, A Voice of Sanity, WorldNetDaily, and numerous newspapers nationwide. Gain immediate access to A Dealmaker’s Dream and many bonuses for 66% off here.]
Posted in Lifestyle, Motivation, Self-Improvement, Skill Development
This error message is only visible to WordPress admins