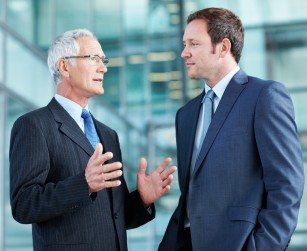 My daughter Hannah has reached the age, 13, where being popular at school is only slightly less important than breathing.

The problem is, like most of us at her age, she is more than a little shy, self-conscious and socially awkward. Despite being an A student, for instance, virtually everything she encounters is “cool” or “awesome” and little more. Her reluctance to express herself better makes it tough to reach out to new friends.

She will outgrow this, I know. But lately I’ve been trying to tell her something about the lost art of conversation.

For most of human history, face-to-face communication was the core of our interaction. But not today. We text, we email, we blog, we friend each other on social networks. In the new age of electronic media, family and friends converse less than ever. As a result, we miss out on one of life’s singular pleasures: a relaxed, civilized exchange of views.

Conversation offers infinite possibilities. It is great for polishing thoughts and generating new ones. It is unbeatable for beating the blues or forging friendships. The ultimate bond of all personal relationships – whether in business, friendship or marriage – is conversation.

Yet two opposing attitudes pull us away from it. The first is the mistaken belief that it is unnecessary. Why bother making the call or the visit when you can fire off an email? Unfortunately, text has difficulty conveying tone – the most important aspect of any communication. As well, think how much is conveyed with a smile, a glance, a wink, an eye roll or an arched eyebrow.

You really can’t compare it with

The opposite attitude is that conversation is too much work. So we don’t really try. Look around the typical home today and you see not faces but the backs of heads. As we stare blankly into our electronic screens, the art of personal interaction is dying.

Yet, as I told Hannah, there are good reasons to exercise our conversational skills.

Society provides lavish rewards to those who express themselves well. (Studies show that no single factor better predicts your future income than the size of your vocabulary.) Good talkers routinely ace the interview, get the contract, close the deal, win the girl. Get on with others and you will get on in life – and enjoy it more.

There is a widespread misconception that the best conversationalists are the smoothest talkers. Not so. (Indeed, glib talk generally comes off as phony or insincere.) And few of us will ever display the conversational genius of, say, Oscar Wilde, whose legendary wit enthralled his contemporaries in the salons of London.

Conversation is not meant to be a performance art or a competition, but an opportunity for mutual appreciation. And the best conversationalists are not the best talkers. They are the best listeners.

History’s wisest men and women have always known this:

Never speak of yourself to others; make them talk about themselves instead. Therein lies the whole art of pleasing. Everyone knows it and everyone forgets it.

The great gift of conversation lies less in displaying it ourselves than in drawing it out in others. He who leaves your company pleased with himself and his own cleverness is perfectly well pleased with you.

It is never necessary to try to impress your conversation partner. You can achieve that simply by demonstrating that they are worth the investment of time and attention it takes to find out what they are about.

It only takes a bit of curiosity. The idea is to find out more about the other person’s attitudes, interests, nature and disposition. For too many, however, a verbal exchange is not talking and listening but rather talking and waiting to talk again. You don’t learn much that way. Or score many points.

Some insist they are poor conversationalists because they are introverted or tongue-tied. In some cases, that may be true. But those who struggle may be trying too hard to say the right thing. Far more important is not succumbing to the temptation to say the wrong thing.

A few years ago, I was invited to a small dinner party at a well-known filmmaker’s home in Telluride. The filmmaker, who was a liberal (big surprise), made some innocuous remark about Bill Clinton. A Wall Streeter at the table, who was a conservative (another shocker), made a snarky comment in return. That caused our host to defend his view. This, in turn, drew support or rebuttal from various guests. In an instant, the verbal spitballs were flying. It was over in a few minutes, but by then it was too late. A pall set over the table. What was about to be an ideal dinner party with interesting people and fabulous food in a gorgeous setting became instead a tense, strained affair. The group never recovered the joie de vivre that had existed only moments before.

Don’t get me wrong. Politics or religion can be fascinating subjects when open-minded friends are interested in a forthright exchange of views. (Although, in my experience, even these can be dicey.) But in a social setting? Consider the likelihood that no one cares what you think. Good conversation is about drawing out the other, not delivering a monologue or a position statement.

The truth is we are seldom better than our conversation. What you choose to talk about – and how you choose to say it – lays you bare. Every time you open your mouth, your mind parades alongside your words.

That doesn’t mean your conversation needs to be sparkling and original. Nor does it need to have a purpose or a point. Quite the opposite, in fact. The best conversations ramble. They have no pre-destination. It is all about the rhythm and flow.

In sum, good conversation is one of life’s most accessible pleasures. It connects us to one another, forges friendships, increases social esteem, raises our mood, generates goodwill, enhances our information and completes our education. And while prices rise and time shrinks, it is a luxury that remains free to us all.

True, conversation won’t make you richer, thinner, or save your life. But it may save your marriage. As Charles Dickens said, “Never close your lips to those whom you have opened your heart.”

So – as I told Hannah – we should value heartfelt conversation. Prioritize it. And reap the many benefits of a companionable, convivial life.

[Ed. Note: Alex Green is the author of excellent books like, “The Secret of Shelter Island: Money and What Matters“, and “Beyond Wealth“, that show you how to lead a “rich” life during trying economic times.]
Posted in Self-Improvement, Skill Development and tagged guidance, opportunity, Productivity
This error message is only visible to WordPress admins