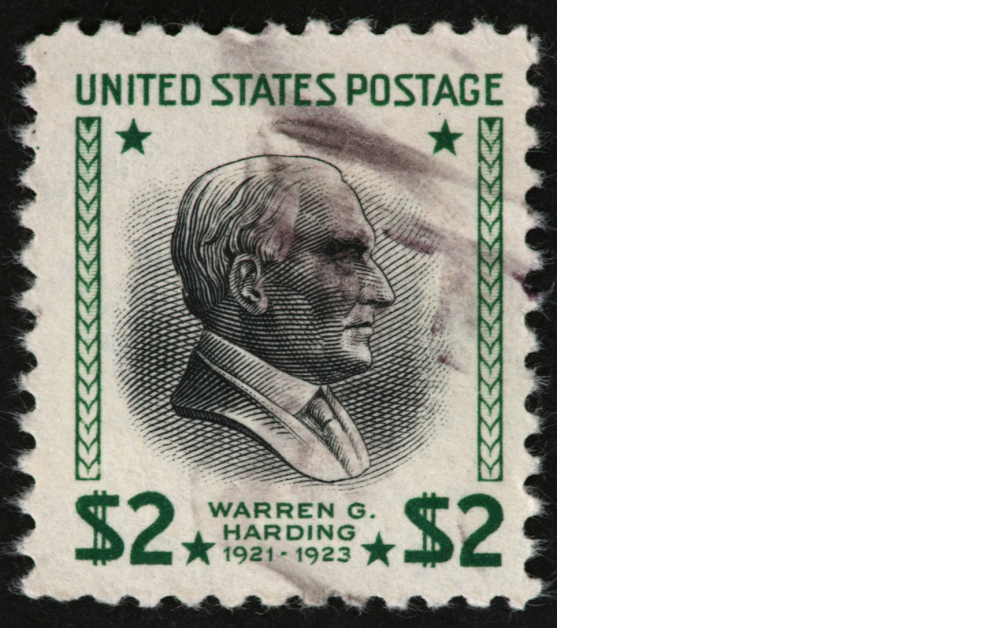 The quote comes from Ben Franklin. But it was recalled to us neither by America’s president nor Britain’s prime minister. Instead, the Telegraph in London reported it from the mouth of Cheng Siwei, a “top member of the Communist hierarchy.”

What goes around comes around. The Anglo-Saxons have forgotten what makes a successful economy. The Chinese have remembered.

Just look up “Warren Harding” on Wikipedia. The first entry you will find is not the 29th president of the United States of America, but a rock climber with the same name.

But what do you expect? History is nothing but a long list of disasters in chronological order. Historians love calamity. And they reserve their highest accolades for those who cause them. The same is true in financial history. Those who make it big are those who make it worse.

It is safe to assume that no one working at the Federal Reserve or at the White House has a picture of Warren Gamaliel Harding over his desk. Yet if American presidents were ranked on the basis of how well they faced up to financial disaster, Warren G. Harding might be somebody. His handsome face would be carved on Rushmore. His likeness would grace the $100 bill.

Harding was the last American president to deal honestly with a major financial crisis. Every president since has tried to scam his way out of it.

By the time Harding took office in 1921 the Panic of 1920 was taking the unemployment rate from 4% to nearly 12%. GDP fell 17%. Then, as now, the president’s subordinates urged him to intervene.

Secretary of Commerce Herbert Hoover wanted to meddle — as he would 10 years later. But Harding resisted. No bailouts. No stimulus. No monetary policy. No fiscal policy. Harding had a better approach; he cut government spending and went out to play poker:

We will attempt intelligent and courageous deflation and strike at government borrowing which enlarges the evil, and we will attack high cost of government with every energy and facility which attend Republican capacity… it will be an example to stimulate thrift and economy in private life.

Let us call… for a nationwide drive against extravagance and luxury, to a recommittal to simplicity of living, to that prudent and normal plan of life which is the health of the republic.

Within a decade, Harding’s views were collectibles. But in 1921, he still saw the economic world as a moral world ordered not by man, but by God. This was not the result of long study or deep reflection on his part. He was probably the dummy everybody said he was. As Keynes pointed out, politicians are always in thrall to some dead economist. At least Harding was in thrall to the good ones.

“No statute enacted by man can repeal the inexorable laws of nature,” he announced. “Our most dangerous tendency is to expect too much of government…”

The Product of Virtue

Harding was not the first to see the economy as a natural order… one that you disturbed at your peril. A Taoist named Zhuangzi, who lived about the same time as Alexander the Great, observed: “Good order results spontaneously when things are let alone.”

Later, economists of the Scottish enlightenment, notably Adam Smith and Adam Ferguson, elaborated. Smith, like Harding, saw the economy ordered by the invisible hand of God. Ferguson saw markets as a “spontaneous order,” which were the “result of human action, but not the execution of any human design.”

The same basic insight led Irving Fisher — the greatest economist of the 1920s — to come up with his debt-deflation theory of depressions. After people had borrowed, they needed to pay back. Busts followed booms; there was no getting around it.

Warren Harding may never have been the brightest bulb on the White House porch, but intuitively he understood that proper macroeconomic policies were more the product of virtue than of genius. Debt led to trouble; that’s all he needed to know.

Keynes came along a few years later. Keynes was a genius; everybody said so. And he had an answer for everything. Nature? Government could do better. Debt? Don’t worry about it, he said. Why not just let capitalism sort itself out? Without government intervention, it will only get worse, said Keynes.

But Harding had already proved him wrong. Harding did the very opposite of what Keynes recommended. Instead of increasing government spending, he reduced it. He cut the budget almost in half. He slashed taxes too… and cut the national debt by a third.

Japan at the time struggled with the same downturn. But it had no Harding at the helm. Instead, its masters prefigured Keynes, trying to stay the correction using price controls and other interventions. The result was a long-drawn-out affair that lasted until 1927 and ended in a bank crisis. In America, meanwhile, by 1922 unemployment was back down to 6.7%. By 1923 it was down further — to 2.4%.

This lesson was entirely lost on the world’s economists. When the next crisis hit a decade later, they turned to Keynes. Of course, it turned out to be a moral world after all. They got what they deserved.

[Ed Note: If you enjoyed this essay, we encourage to sign-up for Bill Bonner’s Diary of a Rogue Economist where Bill shares his insights on the market, economy and how to create lasting wealth, every day, absolutely free. Simply click here now to sign-up.]
Posted in Self-Improvement, Skill Development
This error message is only visible to WordPress admins