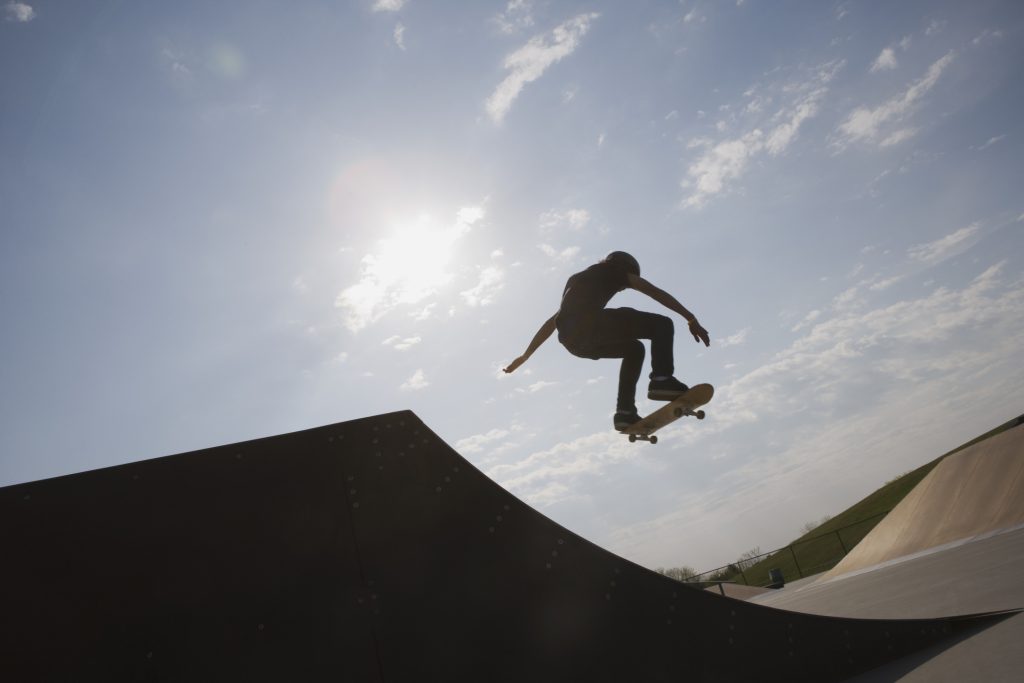 I can’t believe how jealous I am of Tony Hawk.

He is three months younger than me. He was the world champion of skateboarding for 12 years in a row. He’s sold a billion dollars worth of video games.

But that’s not why I am jealous of him.

Every single day since he was 11 years old, he’s done what he loves to do — skateboarding.

When we were driving to the event, he pointed out a skate park down the street. He said, “I got here early so I skated there for a few hours.”

You shouldn’t be jealous of someone else’s success. But I wish I had had a life like that. I can’t help it.

Success and competence compound. I wish I had started compounding some skill at age 11. But… I’m still young.

“Yes!” Jayson Gaignard told me for the tenth time, “you don’t have to keep calling me every week to confirm this. You are interviewing Tony Hawk!”

So I began my research. I read two autobiographies. I watched a movie and 2 documentaries. I asked everyone I knew what they thought of Tony. And I watched about 200 videos of skateboarding.

When he started there was an entire generation of teachers who came before him who were able to teach him his first tricks.

There’s an important reason that the world champion marathon runner in the 1890s would barely make the time to qualify for the Boston Marathon now.

The 11-year-old Tony Hawk watched everyone before him. Learned the bad habits and how to avoid them.

There’s “vert skating,” “street skating,” other kinds of skating. There’s the sub-culture of skating: the music, the clothes, the rebelliousness of the culture.

The entire subculture started because California had a drought. Water was rationed. Swimming pools were emptied.

With swimming pools emptied, kids with skateboards illegally jumped from pool to pool, learning the new skating style of using the walls and curves of the pool to do tricks.

Eventually, they’d get chased out of a pool. Rebelliousness was embedded into the entire sport.

I think it’s this rebelliousness in the DNA of skateboarding, plus the wounds to show for it, that makes it so appealing for kids.

And for a 48 year old who after almost 40 years of skateboarding still immerses himself every day.

For pleasure, yes, but also because this is how he stays on top of the hundreds of companies that would like to take his place as the brand bearer of the entire game.

Thanks to Outliers by Malcolm Gladwell, people mistakenly think if they practice something for 10,000 hours they will become great at it.

Anders Ericsson, the professor who first theorized on the 10,000-hour rule, corrected me on this. “It’s not practice, but deliberate practice.”

“You have to have feedback as quickly as possible. 10,000 hours with a teacher, with constant feedback, is critical.”

What better feedback than skateboarding? You skate, you make a mistake, you fall, you bleed. Repeat.

If you don’t get better, you break bones and have to stop. If you learn from your mistakes with the help of teachers, you stop bleeding.

With business, it’s more difficult. It can take years for a business to fail or succeed. So you don’t get that instant feedback.

To get better at something like business, or writing, or anything, you have to break it up into small chunks that teach you quickly how not to fail.

Or you can figure out a way to every day break your bones if you fail.

Get better every day

“Every day I tried to get out of my comfort zone, to take more risks,” Tony told me. “I would try to learn new tricks every day the entire time I was growing up.”

“Do you still do that?” I asked him, over ten years since he won his last world championship.

He thought about it a few seconds. “Yes,” he said.

There was a pool where we were doing the interview. Tony stopped for a few seconds to look into it.

“See,” he pointed down at the pool and looked at me, “that radius is only about two feet. You need about five feet.”

I didn’t understand what a “radius” was in this context.

“If someone skated here they’d smash right into the wall,” Tony said and then he kept walking.

A few months ago he built a new kind of ramp. It was a spiral. I watched a video of it.

He kept trying to skateboard on the spiral and falling every time. At one point he showed he bloody knee. Again, he was 47 years old at the time.

But he had mattresses protecting his fall on the ramp. And he kept moving the mattresses lower and lower until finally after dozens of tries he removed them all together and was able to skate the whole ramp successfully.

In business he fell a few times, but his pickup time was almost as fast as skateboarding.

He had to be able to look at a situation and know instantly if the “radius” was enough.

I don’t know what that means. It’s why I probably fall too hard.

When we first met:

“I have to ask a stupid question.”

“When you are upside down in the air, and doing a rotation, how is it that 10 seconds later you aren’t dead.”

“You have to learn how to fall,” he said.

I think this is true for every area of life.

Love what you do

Everyone was worried about being sued. Police started being more aggressive. Insurance rates went up on any property that was being used for skateboarding.

All the old stars were disappearing from the scene. Equipment companies were going out of business.

Tony Hawk only wanted to skateboard. He continued to skate every day even though there were no more serious events.

He started to master the newer style of street skating even though he was older than all of the other street skaters.

He didn’t know what else to do with his life. He started editing videos for other skateboarding companies.

“Around 1993 or 1994 I was worried skateboarding wouldn’t come back,” he said, “but I only wanted to do this. I had to take out a second mortgage on my house and I had a young kid. I was scared.”

By that time, because of this persistence, his skateboarding company was one of the few left in the space.

And by that time, because he kept skateboarding every day, he kept improving his skills while other pros dropped off.

Then the X Games hit on ESPN. Skateboarding was a featured sport. Tony Hawk was the world champion. Sponsors started to call. “Everything took off after that.”

Who you have around you

He trusts his family. “We all know that none of us are better than the other and we each have our roles.”

I’m invested in about 30 companies right now. I can always tell which companies will fail and which will succeed simply by the dynamic between the partners.

A friend of mine told me, “Even if you sit down at a table with someone who you think will be a negative influence on you, instantly move tables.”

Another friend of mine just fired someone who was spreading rumors within his company.

You always have to cut the cancer out first and then ask questions later.

This is the most important thing in relationships, in business, in trying to become competent in an area you love – ONLY surround yourself with good people.

Success is a byproduct of the quality of the people you have in your life.

Why do so many athletes make a ton of money in their careers and then go broke?

But a few years later, there was no more money in being a pro.

He reinvented into video editing skate videos, then sponsorships, then he went from being an individual with an agent who hooked up his sponsorships, to starting his own company to license his name and sell merchandise.

Then, with various gaming company partners, he became the largest producer of skateboarding video games, selling over a billion dollars worth of video games.

He started youtube channels, he promoted other skaters, he funded other skateboarding companies, and he kept his finger on the pulse of the culture.

“I can’t feel good about the products we put out,” he told me, “if I’m not every day staying involved in the sport at the ground level.”

The one motto in my own business is “Message over money.” If anything is off-message, then in the long run it will provide less value, less money, and the idea will be less sustainable as a business.

One time Tony Hawk visited a company that was licensing his name. He saw “Tony Hawk toilet paper” on the shelf.

He instantly bought out the contract, losing money in the process.

Ever since he has stayed completely on message. Which is why he keeps involved in every aspect of skating. If it doesn’t fit the culture, he doesn’t do it.

When he helped Activision make the first skateboarding video game, he spent a year playing around with every control until it felt exactly how it should feel to a pro skateboarder.

“We wanted it to be perfect,” he said. It sold 7 million copies the first year.

No matter his love for the business, his love and appreciation for the sport showed more, even as he gets older and continues his reinvention.

He started a foundation. He’s built over 500 public skateboarding parks.

When we were waiting for the event to start, he took out his phone to show me a video.

He was describing the skating at the skatepark down the street from where we were that he mentioned he had skated at earlier that day.

He showed me a video he took of a kid at that park who was flying up the ramp and into the air. We watched it for awhile.