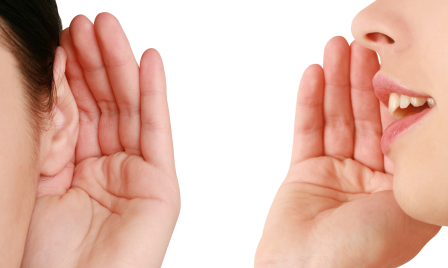 Not long ago, I was waiting at a stoplight and I saw a guy walking down the road who looked like he should have been on stage with the Grateful Dead.

I look at people like that and I have this natural interest to know the story behind those people.

On one hand, people are extremely unique. We have billions of unique beings running around all over the place.

On the other hand, it seems that all people end up in one of two groups.

You have people who say they will do things, and people with little need for talking that just get on with the doing.

Which path do you think leads to a fuller life?

They say talk is cheap.

Because if you’re not awake and aware, it’s easy to fool yourself into believing that talking is progress.

It’s not. I’ve tried that enough times to know that talking gets you nowhere.

From what I’ve seen, it seems like some talkers talk because they’re more interested in the validation of their big plans by others than they actually are in making those plans happen.

Living for validation from others is a dead end. And if you start doing it, you’re in for a long and miserable road.

The question I ask myself is, “Why aren’t there more doers?”

What It Takes to Be a “Doer”

I remember years ago, I used to have this nasty habit of being a talker. I don’t really remember a specific situation, but I do very well remember the feeling I had over and over again.

Here’s how the cycle went:

I’d get involved with a person or project and there’d be grand plans. Time would pass without a lot of forward moving action on my part.

If the person asked about the grand plans, I’d start talking again (I was a good talker… and good at rationalizing any lack of progress.) In the end, not much happened.

Why did I do this over and over again?

I was scared of saying NO when initially presented with the idea. Very simple, but that’s the truth.

Certainly some people are talkers simply because they don’t want to work. They are, for lack of a better word, lazy. Those people are easy to spot.

But I think there’s another reason that people choose “talking” over “doing.” I think a lot of people “talk” because they’re not doing what they want to be doing. Instead, they feign interest with words. Who they’re trying to fool I don’t know. But it’s a very destructive habit to have. I know this.

Most people do what they think they should do, not what they want to do. And how exciting is that? Not very.

Now I’m sure a sentence like that is going to create quite a reaction in some of the people reading this. “Well, I have bills to pay and a family to feed!” they might say. “You can’t just expect me to shirk my responsibility and go off after what I want.”

I certainly wouldn’t recommend being irresponsible, but I would recommend you go after what you want, without exception. In my book, being miserable is no better than being “irresponsible.”

What else are we here to do except to do what makes us fulfilled?

So why don’t more people do what they really want to do?

Because They WILL Fail

Another reason not to be a doer is because it can scare you to death. Especially if you’re new at it.

Transitioning from a life characterized by talking into one of doing moves your chances of failing at some point to just about 100%.

It’s pretty much a sure thing. I couldn’t handle that for a long time. And so I didn’t commit. Too scary.

Committing to what you want and taking action based on that really puts you in a position where it’s going to be obvious to someone when you screw up.

Talking about your plans keeps you safe from ever having to experience that.

But if you can muster the courage to push through and become a doer, there’s a nice surprise waiting for you on the other side.

Because when you screw up, fall flat on your face and realize that you haven’t died… well, that’s a liberating moment in one’s life. I can tell you that.

You’ve faced your fear and moved past it. And from that point forward, that fear will no longer control you and keep you small.

We have a choice: to go after what we want or to learn how to take what we get.

I’d recommend you do both actually, provided you get the order right.

Go after what you want first, and then be accepting of what you get. Rinse and repeat.

Do what you want. Live life on your terms.

Start to act in the direction of your dreams.

You don’t need anyone to tell you it’s OK to want what you want. All you need is your own approval.

From there, it’s about action.

[Ed. Note: Jason Leister is a direct response copywriter, internet entrepreneur and editor of the daily e-letter, The Client Letter, where he empowers independent professionals who work with clients. He has six kids and lives and works in the mountains of Arizona.]
Posted in Motivation, Self-Improvement, Skill Development and tagged craig ballantyne, Fuller Life, goals, Jason Leister, People Reading, Plans, Reading People, Stop Talking, success, Taking Action, Talk, Talk Is Cheap
This error message is only visible to WordPress admins