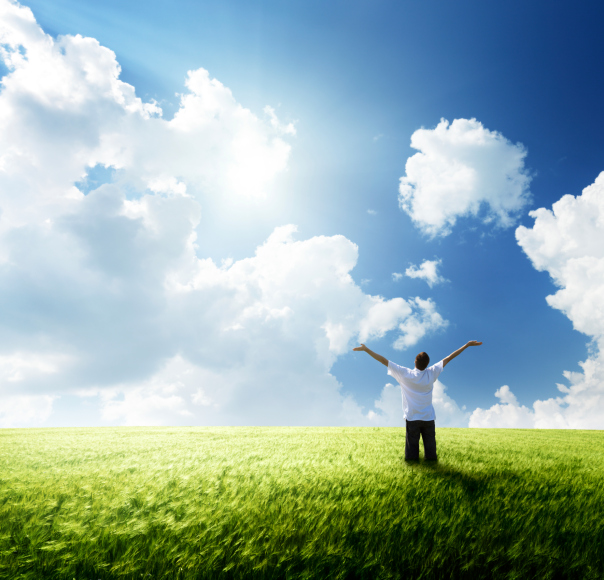 In a radio interview some years ago, the host started out by asking me, “In order of importance, what would you say are the three most essential rules when it comes to making money?” Without hesitation, I blurted out: “Rule No. 1: Stay alive. Rule No. 2: Stay healthy. Rule No. 3: Stop losing money.” The phones rang off the hook for a full hour.

I believe that the reason those words jumped out of my mouth, without my even taking a few seconds to ponder the question, was because of my belief that most people tend to ignore or skim over the basics. By basics, I am referring to things that are often so obvious that people simply don’t bother to give them much thought. Which is unfortunate, because the basics are the building blocks of success.

Rules No. 1 and 2 are as basic as you can get. Why? Because unhealthy people tend to perform at a sub-par level, and low-level performance does not lead to success. As to staying alive, dead people don’t perform at all.

The facts notwithstanding, I believe that a majority of people unthinkingly delude themselves about their mortality — meaning that they act as though they believe they are immortal. Of course, they don’t consciously admit it, at least not to others. But I’ve more than one person who acted as though he believed he will be the first human being to live forever. Why else would a person smoke, take drugs, drink excessively, or eat a diet loaded with saturated fat, cholesterol, salt, sugar, and processed foods?

A wise philosopher friend of mine once asked me who the biggest mass murderer in history was. I knew it was a trick question, one to which most people give the knee-jerk response “Adolf Hitler.” The correct answer, I felt certain, was Joseph Stalin, the brutal Soviet dictator who killed more than twenty million of his own countrymen.

“Wrong,” said my friend. “The greatest mass murderer in history was Ray Kroc, the founder of McDonald’s.” I got the message. Ruthless dictators use violence. There is no pretense of fun, no clown frolicking on television in an attempt to convince people that happiness awaits them in the gulag.

The fast-food folks, however, while publicly supporting charitable causes aimed at saving the planet and helping the poor, maintain fun-looking killing machines throughout the world — colorful little shacks filled with food weapons that turn people’s bodies into medical time bombs.

Prostate and colon cancer, arteriosclerosis, stroke, and diabetes, while not as spectacular as decapitations and firing squads, succeed year after year in piling up the kind of impressive fatality numbers that would make run-of-the-mill serial killers envious.

In fairness, however, don’t blame the fast-food executioners if you should get killed by a deadly burger, taco, or innocent-looking piece of pizza. These guys are humble. They know full well that they couldn’t do it without their customers’ willingness to delude themselves.

Then there are cigarettes. For more than thirty years, my eldest sister became angry with anyone in our family who urged her to stop smoking. In a spirit of defensiveness, she insisted that she simply enjoyed smoking, notwithstanding the fact that she was a highly intelligent, well-informed individual who certainly was aware of the much-publicized facts regarding cigarette smoke.

Sadly, the day the doctor handed my sister her death warrant — a diagnosis of inoperable lung cancer — she immediately stopped smoking. She spent the rest of her days angry with herself for “being so stupid.” And, of course, she didn’t miss the enjoyment she once got from cigarettes.

If you’ve ever witnessed someone dying of cancer, you know that it’s a pretty grim scene, one you never forget. It certainly makes you think long and hard about your own mortality.

What allows a person to engage in a dangerous activity with impunity, be it smoking, unhealthy eating, or drunk driving, is the self-delusion that he will be the one to defy the odds and escape the inevitable consequences of his actions. Coming to grips with one’s own mortality requires that an individual override his wishes with reality and guide his actions accordingly.

If truth is the underpinning of rational action, then the first and most critical truth to accept is the reality that you are not immortal. One’s own mortality is another one of those truths that most people accept on an intellectual level, but do not really believe on a day-to-day, emotional level. That’s why you must be vigilant when it comes to eliminating any self-delusions you may be harboring about your own mortality, then live your life accordingly.

Ironically, the more you act on the belief that you’re immortal, the sooner you are likely to find out, to your dismay, that you are not. A better idea is to live in accordance with truth and enjoy good health while you’re here. The reason you must be vigilant about this matter is because you will always be surrounded by temptations to eat, drink, and partake in activities that are anti-life.

Trust me on this one: You are mortal. Accept this reality, be protective of your well-being, treat your body with respect, and you may just stick around long enough to enjoy a life worth living.

[Ed Note: Robert Ringer is the author of three #1 bestsellers, two of which have been listed by The New York Times among the 15 best-selling motivational books of all time. Through his books, articles, speeches, and seminars, he has helped more people transform their aspirations and goals into reality than perhaps any other author in history. His articles appear regularly in Early to Rise, A Voice of Sanity, WorldNetDaily, and numerous newspapers nationwide. Gain immediate access to A Dealmaker’s Dream and many bonuses for 66% off here.]
Posted in Motivation, Self-Improvement, Spirituality
This error message is only visible to WordPress admins