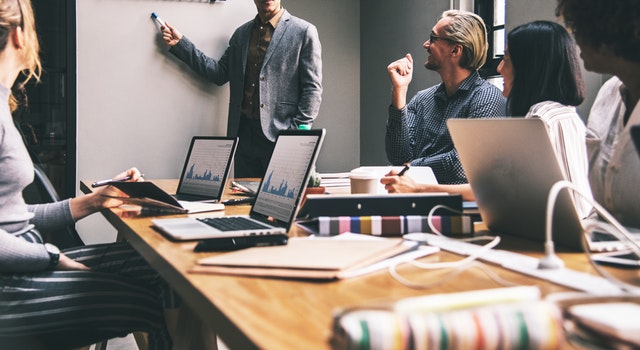 There once was a 28-year-old man in a difficult financial predicament.

He had an idea for a business … but he had no money in the bank, no job, and a general track record of failure.

He was an investor’s worst nightmare and the odds of him securing the tens of thousands of dollars in capital he needed were slim (to say the very least).

So you can imagine the surprise of those around him when, within 10-days of articulating and formulating his idea, his company was fully backed by (a seemingly foolhardy) investor.

You can further imagine the surprise when, in less than 30-days, he was turning a healthy profit and already on track to hit six-figures.

As you probably ascertained…

Fed up with the status quo and staying “just over broke” (and oftentimes “Wow! I’m really broke) I decided to enter into the least likely business of all.

Unsurprisingly, hedge funds and big wig VC’s weren’t exactly banging down my door to give me a loan.

Fact is, if you have a great business idea but don’t have your own capital … or excellent credit … or collateral to secure a bank loan … your choices are limited.

Yes, some venture capital firms will invest in new businesses, but such businesses are usually involved in technology or some other high-growth area.

Frankly, for most small businesses, venture capital isn’t even an option. It’s rare for a small-business concept to have the kind of mammoth payoff venture capitalists look for.

Plus, the cost of doing business with these companies is high. It’s basic economics. Their risk is high, so their reward must also be high. Even if you were to interest a venture capital company in your business, you’d be aghast at what they’d want in terms of their ownership position.

So if you forget about commercial bank loans and venture capitalists, you’re left with only a few ways for raising capital for small business ventures.

One of the best is to find a business partner.

Now, when I say “find a business partner,” I’m not talking about pleading with your parents to get a second mortgage on their home or twisting the arm of a lifelong friend who always said he’d do “anything” for you.

(Although, if you do have affluent family members or friends who might want to invest in your business, you should certainly pursue that possibility.)

I’m talking about hooking up with someone who is willing and able to invest in your business in return for a share of the profits.

“To be successful in obtaining a loan,” the U.S. Small Business Administration tells us, “...you must be prepared and organized when making your request. You must know exactly how much money you need, why you need it, and how you will pay it back. You must be able to convince your lender that you are a good risk. All the same holds true in seeking out a small-business partner to invest in your business.”

As most everyone knows, small businesses have an abysmal failure rate. According to Business Week Online, 64.2 percent of businesses fail in a 10-year period. No wonder potential investors tend to be so skeptical of a new business’s chances for success!

When I wanted to enter the snack-vending business, I needed capital to purchase the machines. To overcome the understandable reluctance an investor/partner might have, I used some strategies that I have since developed into a technique I call “SIPE”…

With the SIPE strategies, I quickly and easily found a former co-worker who was eager to be my partner.

Here’s how you can use SIPE to find and solidify your partnership:

1. Solicit: Present the Possibility of a Future Business Opportunity

…Start by casually broaching the topic to gauge their interest.

Something as simple as, “If I happened to come across an interesting business opportunity, would you be interested in hearing about it?” will work just fine.

At this point, you are not asking if they will invest in your business.

Simply if they would like to hear about potential opportunities.

This alleviates the unavoidable pressure that is present when money is on the table and, as a result, makes it more likely that you will receive a possible response.

Additionally, this simple tactic allows you to rule out people who have no interest in any business proposals (no matter how great they might be) without putting either of you in an uncomfortable position.

In my case, I mentioned to my former co-worker that I was planning to start a small business and asked if he wanted to be kept in the loop throughout the process.

And I moved on to step two.

2. Interest: Give Your Partner the “Elevator Pitch” For Your Business

Mark Twain once wrote, “I apologize for writing you such a long letter. I didn’t have the time to write a short one.”

And the sentiment holds just as true during the funding process as it does in the realms of literature.

Succinct descriptions of your business, service, and solution are hard to create.

They require time spent in intense thought considering exactly what it is you are bringing to the market and how it benefits prospective clients.

A long-winded description will cause you to appear un-confident and unsure of the validity of your idea and paint you with a brush of purported ineptitude.

So keep it short, simple, and to the point.

Once your idea has been presented and the unique value proposition is clearly understood, you can then follow up with supporting statements and strong reasons detailing why you believe in the validity of your idea.

In the case of my vending-machine business, I used the example of a friend of mine who, with no experience in the business, was able to start a profitable 10-machine route.

At this point, it’s still unlikely that your friend or co-worker will be chomping at the bit to fork over their hard-earned capital.

And now, it’s time to change that.

3. Persuade: Use Statistics and Estimates to Convince Your Prospective Partner that Your Business is a Sound Investment

Your persuasion efforts will have two goals:

First and foremost is to prove the substantial profit potential of your idea.

Although you don’t need a fully detailed business plan, you should be able to offer some basic numbers.

The second goal you must achieve during your persuasion is to demonstrate the low risk and high reward potential of the idea.

…You can explain why, statistically speaking, there is a high ‘chance’ that they won’t lose it.

Your evidence should include industry growth statistics, a proven marketing plan, and case studies of successful businesses in similar or identical industries.

In my case, I created a profit projection sheet that broke down the revenues and costs of the business,cited specific suppliers who sold the products we needed, and showed case studies of local entrepreneurs who were successful in the snack-vending business.

4. Execute: Turn the Discussion into a Closed Business Deal

Once my co-worker showed signs of interest in investing in my business, I suggested that we have a follow up meeting to form and close a deal.

When I arrived at the meeting, I was prepared with a “deal memo” — a basic outline of our understanding.

The reason for this was simple…

When one party sets expectations, especially those that aren’t specifically voiced, that go unmet, the relationship will quickly and violently implode.

By “officiating” our agreement with a deal memo, we both had written proof of our original agreement, eradicating all future ambiguity and ensuring there would be no debate as to the nature of our deal.

If your deal is large or complicated, you may want to have a formal partnership contract. But in many cases, a deal memo clarifies the terms of the agreement and is strong enough to be legally enforceable.

In my 15 years of being successfully self-employed, the great majority of my partners have profited from our ventures.

There are certainly risks involved in investing in any small business. But if you have a solid business opportunity to offer, you’ll likely be able to structure a “win-win” situation for both you and your partner.

Want access to the exact blueprint that I use with my $25k/day client so you can achieve your goals, launch your small business, and grow your profits?

Then click here to get free access to 90-Day Professional Success Blueprint and discover how to successfully craft a bulletproof plan for success that will allow you to compress 12-months of achievment into 12 short week.