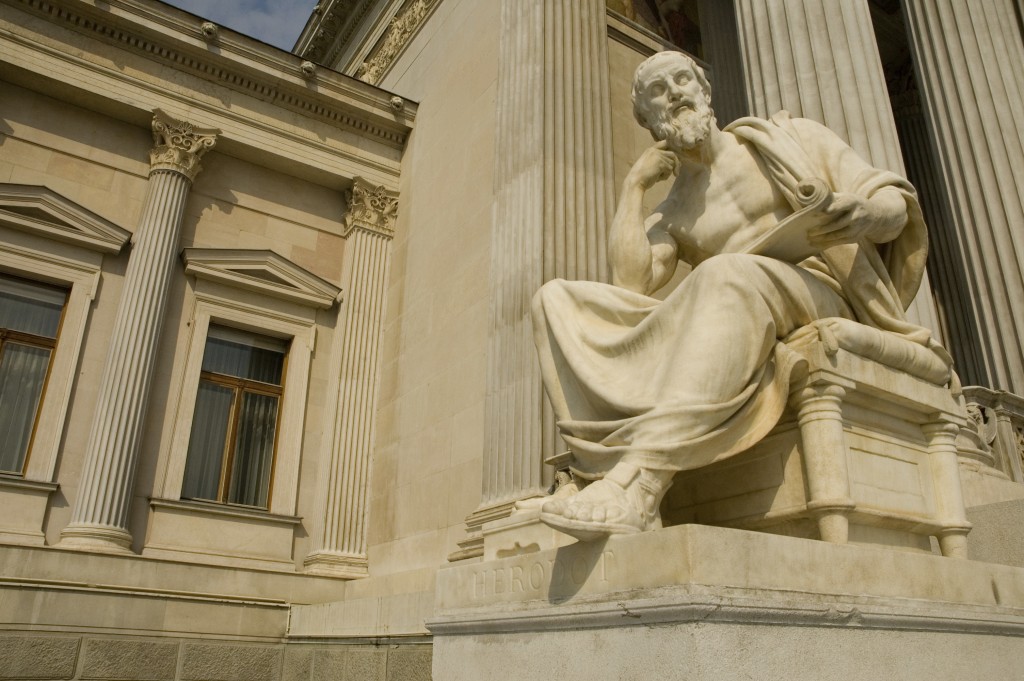 When most people think of “philosophy,” their eyes glaze over. It’s the last thing they want, let alone something they need.

But this, as you already know, is silly and naive.

Philosophy is not just about talking or lecturing, or even reading long, dense books. In fact, it is something men and women of action use — and have used throughout history — to solve their problems and achieve their greatest triumphs. Not in the classroom, but on the battlefield, in the Forum, and at court.

It was jotted down (and practiced) by slaves, poets, emperors, politicians and soldiers, as well as ordinary folks to help with their own problems and those of their friends, family and followers. This wisdom is still there, available to us.

Specifically, I am referring to Stoicism, which, in my opinion, is the most practical of all philosophies.

A brief synopsis on this particular school of Hellenistic philosophy: Stoicism was founded in Athens by Zeno of Citium in the early 3rd century BC, but was famously practiced by the likes of Epictetus, Cato, Seneca and Marcus Aurelius. The philosophy asserts that virtue (such as wisdom) is happiness and judgment be based on behavior, rather than words. That we don’t control and cannot rely on external events, only ourselves and our responses.

But at the very root of the thinking, there is a very simple, though not easy, way of living. Take obstacles in your life and turn them into your advantage, control what you can and accept what you can’t.

In the words of Epictetus:

“In life our first job is this, to divide and distinguish things into two categories: externals I cannot control, but the choices I make with regard to them I do control. Where will I find good and bad? In me, in my choices.”

Amazingly we still have access to these ideas, despite the fact that many of the greatest Stoics never wrote anything down for publication. Cato definitely didn’t. Marcus Aurelius never intended for Meditations to be anything but personal. Seneca’s letters were, well, letters and Epictetus’ thoughts come to us by way of a note-taking student.

And so it was from their example, their actions, we find real philosophy.

Because other than their common study of the philosophy, the Stoics were all men of action — and I don’t think this is a coincidence. Marcus Aurelius was emperor of the most powerful empire in the history of the world. Cato, the moral example for many philosophers, defended the Roman republic with Stoic bravery until his defiant death. Even Epictetus, the lecturer, had no cushy tenure — he was a former slave.

And this shouldn’t really be that surprising.

The modern day philosopher and writer Nassim Nicholas Taleb defines a Stoic as someone who, “transforms fear into prudence, pain into transformation, mistakes into initiation and desire into undertaking.”

Using this definition as a model we can see that throughout the centuries Stoicism has been a common thread though some of history’s great leaders. It has been practiced by Kings, presidents, artists, writers and entrepreneurs. Both historical and modern men illustrate Stoicism as a way of life.

Prussian King, Frederick the Great, was said to ride with the works of the Stoics in his saddlebags because they could, in his words, “sustain you in misfortune.”

Meanwhile, Montaigne, the politician and essayist, had a line from Epictetus carved into the beam above the study in which he spent most of his time.

The founding fathers were also inspired by the philosophy. George Washington was introduced to Stoicism by his neighbors at age seventeen, and afterwards, put on a play about Cato to inspire his men in that dark winter at Valley Forge. Whereas Thomas Jefferson had a copy of Seneca on his nightstand when he died.

The economist Adam Smith’s theories on the interconnectedness of the world — capitalism — were significantly influenced by the Stoicism that he studied as a schoolboy, under a teacher who had translated Marcus Aurelius’ works.

The political thinker, John Stuart Mill, wrote of Marcus Aurelius and Stoicism in his famous treatise On Liberty, calling it “the highest ethical product of the ancient mind.”

But those influenced by the Stoics goes on…

Eugène Delacroix, the renowned French Romantic artist (known best for his painting Liberty Leading the People) was an ardent Stoic, referring to it as his “consoling religion.”

Toussaint Louverture, himself a former slave who challenged an emperor by leading the Haitian revolution, read and was deeply influenced by the works of Epictetus.

Theodore Roosevelt, after his presidency, spent eight months exploring (and nearly dying in) the unknown jungles of the Amazon, and of the eight books he brought on the journey, two were Marcus Aurelius’ Meditations and Epictetus’ Enchiridion.

Indeed, Teddy seems to represent the temperance and self control of the philosophy beautifully when he said, “What such a man needs is not courage but nerve control, cool headedness. This he can get only by practice.” Likewise he expressed the necessity of action advocated by the Stoics when he famously remarked,

“We must all wear out or rust out, everyone of us. My choice is to wear out.”

Today’s leaders are no different, with many finding their inspiration from the ancient texts. Bill Clinton rereads Marcus Aurelius every single year, while Wen Jiabao, the former prime minister of China, claims that Meditations is one of two books he travels with and has read it more than one hundred times over the course of his life.

You see, Stoicism — and philosophy — are not the domains of idle professors. They are the succor of the successful, and the men and women of action. As Thoreau put it: “To be a philosopher is not merely to have subtle thoughts, nor even to found a school…it is to solve some of the problems of life not only theoretically, but practically.”

The mantle is ours to pick up and carry and do with what we can.

Posted in Self-Improvement, Skill Development, Spirituality
This error message is only visible to WordPress admins