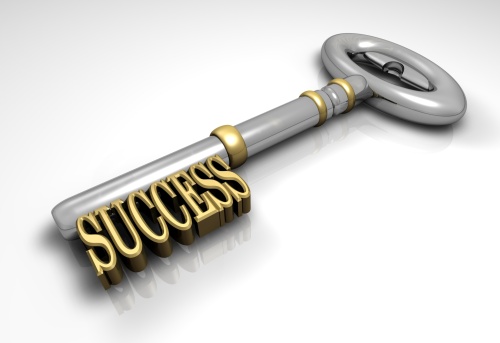 Back in 1980 when my father made the decision that we were going to defect from communist Russia and come to the United States he had three steps in his “making it in America” plan.

1. Enter the United States legally – because he was convinced that when you EARN something that you will value it more and have a greater level of commitment to it.

2. Work harder than everyone else and save up… in fact, we arrived on a Tuesday and by Friday my father and brother were working the graveyard shift at a dumpy gas station.

3. We’d assimilate fully into the American culture. Only through full immersion would we fit in and figure out the secret to success.

That last one there is what I want to talk to you about today because I believe that it’s the secret to all of success in business, and quite frankly, in whatever you do. It’s politically incorrect, but true.

When we arrived in California, my father knew that there was a very big population of Armenians and Russians in Glendale and Los Angles. And in both of those areas the Armenian customs and culture are alive and well.

In fact, today in Glendale you can still thrive speaking Armenian and living an Armenian lifestyle – which is fine and dandy, however that doesn’t really give one much opportunity to experience and partake in all of this amazing country has to offer.

Truth is, it would have been much easier for us to come to Los Angeles or Glendale where we knew people that spoke Armenian and stuck to the Armenian culture. That would have been the comfortable thing to do, however my father was a rare breed and chose to step out of his comfort zone often.

So instead my father brought us to Anaheim, California.

As far as I knew we were the ONLY Armenians in all of Anaheim, heck, probably in all of Orange County.

And you know what? While it was painful growing up in a new culture and having to learn a new language… it was the best thing for our family.

My brother and sister (both older than me) worked two jobs each and went to university at the same time. They were fully immersed into the “American ways” from the moment they stepped out of our apartment door and into the streets of Anaheim.

My father also worked two jobs and saved every penny that he and my siblings earned. He was determined to open up a small tailor shop for himself so that he could live the American dream.

Why would he continue to make such sacrifices now that he was in America? He recognized the opportunity of living in a free society. Back in Armenia, a communist country, he couldn’t have been a business owner. Everything belonged to mother Russia. No matter what you do, you are always working for her, not yourself.

While my father worked on building his business from scratch, my mom and I went to school together. At the time, the Anaheim Union School District approved of my mother sitting in the same classroom as me in primary school.

Just imagine the two of us together in a first grade classroom in 1980 trying to understand a new language and a new culture. To this day I can’t believe they actually let my mom sit in class with me all day long… she was probably the only 45 year old first grader in the country.

Our first couple of years in the United States were tough. I remember our family being very lonely. We didn’t know anyone in our neighborhood and we lived far away from anyone who shared our culture. I remember my brother and sister complaining to my dad each night and asking him to move us to Glendale where we could live in “little Armenia”.

My dad would always reply, “No! You’re going to learn the language, the culture, and how business is done here by immersing yourself into America”.

Let me tell you, till this day there’s no life or business lesson that has been more valuable to me than that one.

If you want to succeed, you must assimilate and fully immerse yourself in the culture.

Never give up, no matter how hard it gets. Keep going until you get it right. It’s the fastest way to becoming what you want to be.

If you want to be a better online marketer, then start an online business as soon as possible and immerse yourself in the online community, going to seminars and Mastermind groups where you can learn to sell and network with the best online marketers on the planet.

If you want to be a better real estate agent then do the same thing in your industry. Likewise for whatever career you want to pursue. Assimilate and immerse yourself in the culture. Make the effort and sacrifices necessary to hang out with the best people in that industry and do more of what they do.

Fully and completely assimilate and immerse yourself in the world you want to conquer.

Is it uncomfortable? Yes.

Is it worth it? Heck yeah!

It was worth it enough for my father to decide, in his late forties, that he’s going to risk going to jail in the USSR (of all places) to bribe Russian government officials with $25,000 so that we could defect to the United States.

If that’s not living out of your comfort zone, I don’t know what is.

I’ll never be able to truly thank my father enough for what he taught me by his actions. If you want to succeed, go where you must go, do what you must do, fully and completely. Assimilate and immerse yourself around successful people. Do whatever it takes, no matter what.

That is a politically incorrect, but true, secret to success.

It has made all the difference in the world in my life.

[Ed Note: Bedros Keuilian is the embodiment of the American Dream. Arriving in the United States from the communist Soviet Union back in 1980, his family went from being broke to eventually adding value to their new community. Today, Bedros helps over 45,000 fitness experts grow their businesses. Bedros knows the American Dream is NOT dead, because he is living it right now. So are the folks in this inspiring video – watch it now.]
Posted in Family, Motivation, Self-Improvement, Skill Development
This error message is only visible to WordPress admins