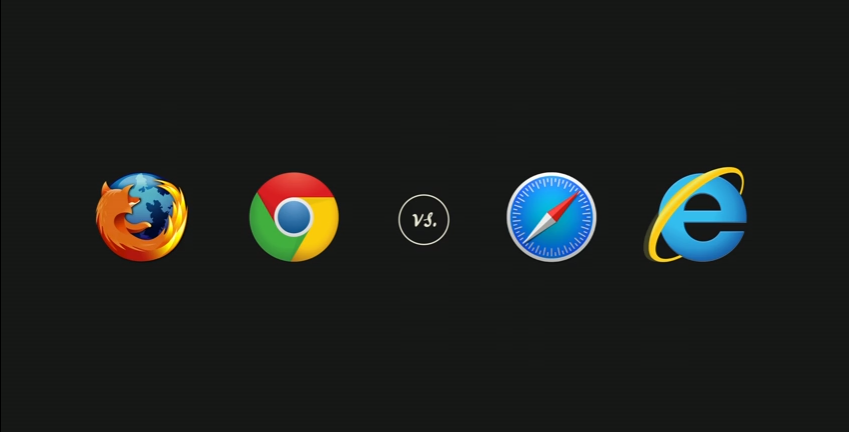 “Now, some of you are not going to like the results of this study,” says Adam Grant.

“We can predict your job performance and your commitment just by knowing what web browser you use.

“There is good evidence that Firefox and Chrome users significantly outperform Internet Explorer and Safari users. They also stay in their jobs 15 percent longer, by the way. Why?…”

For the past four years, Adam Grant has been recognized as the youngest-tenured and highest-rated professor at the Wharton school. He’s the author of two books, Give and Take: A Revolutionary Approach to Success, and his newest book, Originals: How Non-Conformists Move the World. In a recent TED Talk Adam gave, he reveals the three things he’s learned about recognizing Originals.

What the heck is an Original?

“Originals are nonconformists, people who not only have new ideas but take action to champion them. They are people who stand out and speak up. Originals drive creativity and change in the world. They’re the people you want to bet on,” says Grant.

Why do you want to be able to recognize Originals?

The funny thing about Originals, however, is they’re nothing like you’d expect.

To find out if someone is an Original, you need to answer these three questions:

Vuja De: What Your Web Browser Says About You

“There is good evidence that Firefox and Chrome users significantly outperform Internet Explorer and Safari users. They also stay in their jobs 15 percent longer, by the way. Why?”

A lot of people read this and think, ‘OK, all I need to do to become an Original is upgrade my web browser.’ That’s the wrong way to look at this.

The reason why Originals use Firefox or Chrome vs. Internet Explorer or Safari has nothing to do with performance. As Grant explains, these Web browsers all perform equally well, for the most part. What’s different is how Originals think. Originals make the choice not to accept the default option.

We all know what Déjà vu is; Vuja De is when you see something you’ve seen before but are able to see it in a whole new way.

Stephen Covey calls this a paradigm shift. And you can train your brain to see the world differently starting by questioning the default settings in your life.

Another trait Adam Grant found that most Originals have in common is they like to procrastinate. But, they don’t procrastinate too much, he says.

“You actually do see that the people who wait until the last minute are so busy goofing off that they don’t have any new ideas. And on the flip side, the people who race in are in such a frenzy of anxiety that they don’t have original thoughts either. There’s a sweet spot where Originals seem to live. Why is this? Maybe original people just have bad work habits. Maybe procrastinating does not cause creativity,” says Grant.

“To find out, we designed some experiments. We asked people to generate new business ideas, and then we get independent readers to evaluate how creative and useful they are. And some of them are asked to do the task right away. Others we randomly assign to procrastinate by dangling Minesweeper in front of them for either five or 10 minutes. And sure enough, the moderate procrastinators are 16 percent more creative than the other two groups. Now, Minesweeper is awesome, but it’s not the driver of the effect, because if you play the game first before you learn about the task, there’s no creativity boost. It’s only when you’re told that you’re going to be working on this problem, and then you start procrastinating, but the task is still active in the back of your mind, that you start to incubate. Procrastination gives you time to consider divergent ideas, to think in nonlinear ways, to make unexpected leaps.”

[Side note: Craig Ballantyne just finished a podcast with J. Massey of Cashflow Diaries. In the podcast, Craig talks about letting ideas percolate in your subconscious mind. Something that struck a chord with me listening to the podcast was when I heard Craig say he strategically stacks problems in his subconscious mind. Instead of just going to bed with one problem for his subconscious to work on, he’ll intentionally think of several. Something I’m definitely going to try this week. Listen to the full episode here.]

The last trait Grant found that most Originals have in common is they’re afraid of failing to try. Elon Musk is on example. Grant says:

“Elon Musk told me recently, he didn’t expect Tesla to succeed. He was sure the first few SpaceX launches would fail to make it to orbit, let alone get back, but it was too important not to try. And for so many of us, when we have an important idea, we don’t bother to try. But I have some good news for you.You are not going to get judged on your bad ideas. A lot of people think they will. If you look across industries and ask people about their biggest idea, their most important suggestion, 85 percent of them stayed silent instead of speaking up. They were afraid of embarrassing themselves, of looking stupid. But guess what? Originals have lots and lots of bad ideas, tons of them, in fact.”

To recognize an Original, you need to see:

They are questioning life’s default settings.
They are moderately procrastinating after given a problem to solve.
They aren’t afraid to fail and are compelled to take action by their ideas.

If you want to watch Adam Grant’s full TED Talk, you can watch it here.

The Truth About Mutual Friends in Business

I often get asked if I’ve heard of this person or that person in my field. Many times our mutual friend will encourage us to, “get to know each other,” because there, “may be synergies.”

Truth is, I know almost nothing about what else is out there. I know of a few names and have heard through the grapevine that these people do good work. That’s about all. I’ve no idea what they sell or who they target because the truth is, I don’t care.

My deciding factor when faced with a decision whether something is worth my time to investigate is quite simple:

“Will this change anything that I do?”

I know what I want to accomplish. I know how to get there. I know who I aspire to help, how much money it will take, what resources it will take, and have a timeline for getting there.

Anything else is simply a distraction.

Am I missing out on opportunities? Probably.

But you know what? Nothing is more important to me than my own work because, at least for now, I’m comfortable with what I’m building and know that if I pull it off thousands if not hundreds of thousands will benefit.

Knowing what my competitors, if you can call them that, are doing or selling has no impact on what I will do. Because of that, I have no interest in investigating. It’s a freeing feeling.