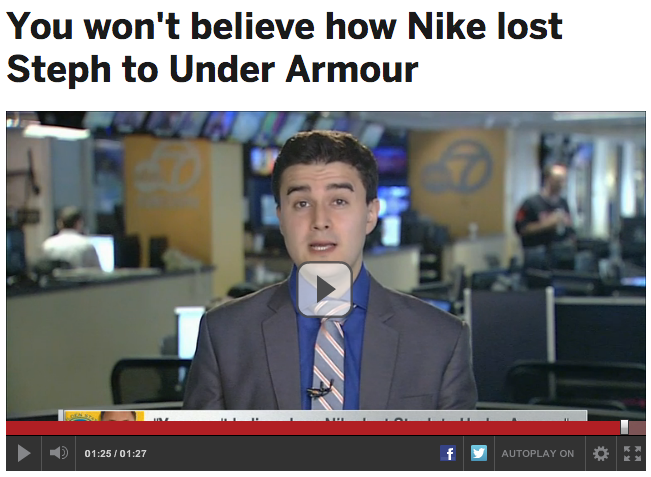 It’s all in the news — How Nike flubbed re-signing the NBA’s reigning MVP champ.

Through a series of unfortunate events — mispronouncing Stephen Curry’s name during a meeting, repurposing old pitch decks with Kevin Durant’s name still on the slides, and a total disregard for what Steph cares about outside of basketball — Nike missed one of the biggest, and potentially lucrative, opportunities of a lifetime.

As one ESPN staff writer so eloquently put it, “Nike’s pitch to Curry evoked something hastily thrown together by a hungover college student.”

So Nike messed up BAD. But was it all Nike’s fault?

Today, we’re going to zero-in on how Under Armour swooped in under Nike’s nose and closed a deal worth an estimated $14 billion, according to Morgan Stanley.

The Puppy-Dog Close (AKA the cutest close everrrr) 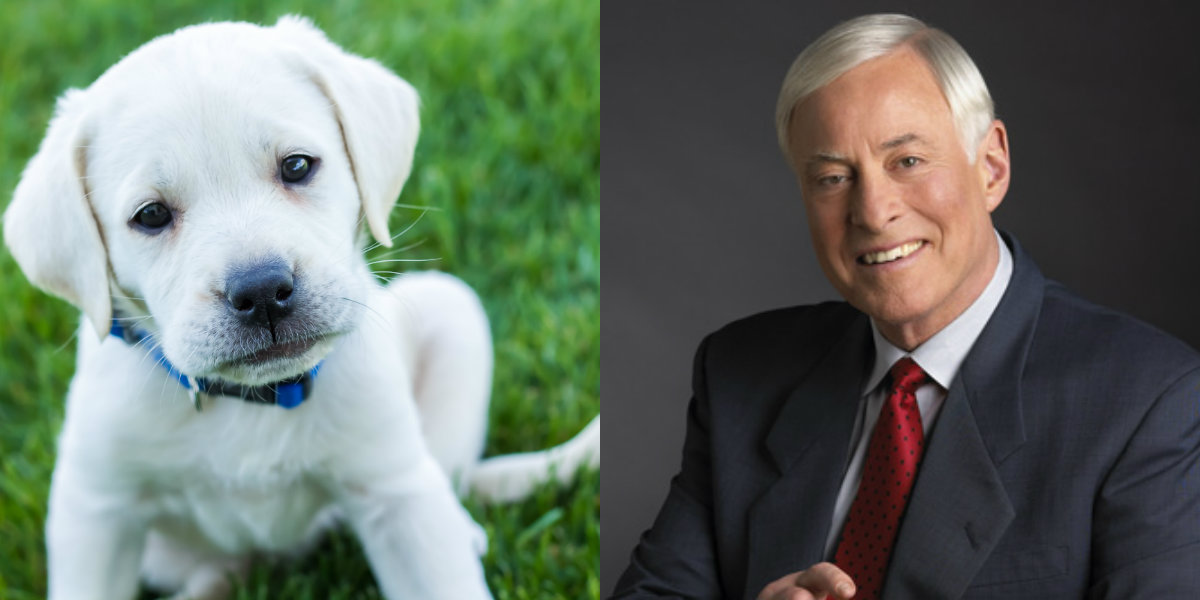 When you think of the cutest close ever, I bet the first person who comes to mind is not Brian Tracy.

But, that’s who I learned this awesome deal-closing technique from. Who’s Brian Tracy? Brian Tracy is a master persuader, the author of more than 70 books on topics like selling, goal setting, entrepreneurship, speaking, closing deals and more. He’s consulted for more than 1,000 companies and addressed more than 5,000,000 people in 5,000 talks and seminars throughout the US, Canada, and 69 other countries worldwide. To say he’s qualified is an understatement.

In Tracy’s book Close That Sale! The 24 Best Closing Techniques Ever Discovered, he explains what The Puppy-Dog Close is:

The pet store owners are smart. They know what’s going and what the parent is thinking. They will then say, “You don’t have to make a decision like this right away. You want to be sure. Why don’t you take this little puppy home and just play with it for the weekend? And if you don’t like it, you can bring it back on Monday.” The kids say, “Yes, yes, yes, just for the weekend, just for the weekend!” And the parents say, “Well, all right. Just for the weekend. Just for Sunday.” Well, by Sunday night, the kids have lost interest in the dog and the parents have fallen in love with it. As a result, they end up keeping the puppy, and the sale is made.

So all Nike had to do was send Steph Curry a puppy dog? Not quite. What is the equivalent of a cute puppy in sports?

I’ll give you a hint: Starts with S ends with Wag.

In 2012, Under Armour needed to grow its reach any way that it could. “This is how it [UA] came into the orbit of one Kent Bazemore,” says ESPN staff writer Ethan Strauss.

Strauss says, “As an undrafted rookie on the Warriors, sneaker companies had little reason to throw money Bazemore’s way. Hell, there was no guarantee Bazemore would even make the team. His agent, Austin Walton, had an idea, though. He contacted Under Armour. ‘I sold them on having a guy on the West Coast, having a presence there,’ Walton says. ‘I sold the fact that they had a couple other guys with shoe deals up, Klay [Thompson] and Steph, that maybe, you know, he can get some other guys on board if he makes the team.’”

If it wasn’t for Kent Bazemore’s agent, Steph Curry might never have signed with Under Armour.

Walton and UA’s plan was simple: Demonstrate what UA could do for a star by proxy, lavish Bazemore with the kind of attention that would earn notice from Curry and other higher-profile players.

He [Bazemore] was a rookie for us, and he got more gear and boxes in front of his locker every day than anybody else on the team.

According to ESPN, the gear was ubiquitous around the Warriors’ practice facility; even Golden State staff members were wearing free clothes from the Bazemore largesse.

But surely giving away free swag, or taking home a puppy, or test driving a new car, can’t be enough to close a deal? Especially one as big as this. So what finally pushed Steph into the room with UA?

It just so happened Bazemore and Curry got along well when they played together. They were often the last two guys in the gym working out after practice. After one late night practice, Steph told Bazemore, ‘My deal is up,’ referring to his contract with Nike.

I don’t have to tell you what happens next — UA sets up a meeting with Steph, Nike fouls itself out of the game, and the rest is history.

But, there was one moment that could have ended the deal…

After UA pitched Curry. Curry went home ready to sign the deal. Before he put pen to paper, he asked his 1-year-old daughter to choose what shoe she liked best.

He placed in front of her a Nike sneaker, an Adidas sneaker, and an Under Armour sneaker.