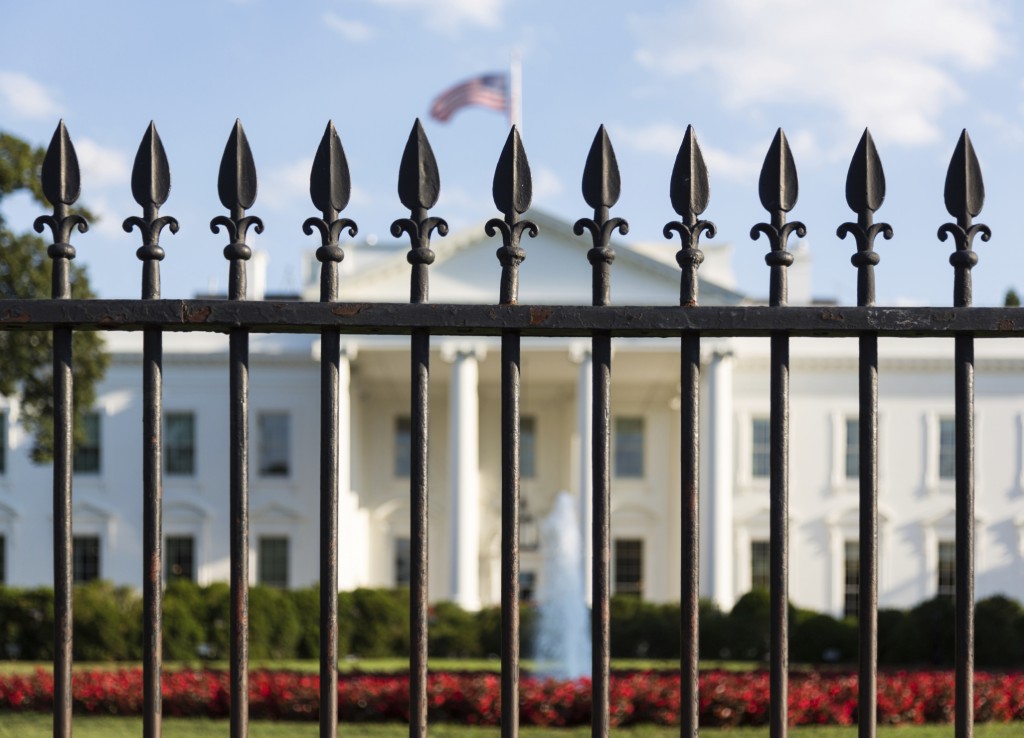 “When Trump asked his rally audience to raise their arms and promise to vote for him, critics compared it to the Nazi salute. On the level of reason and logic, this comparison is ridiculous. People also raise their hands to take the pledge to be citizens of this country.

“But logic and reason don’t matter. Here again, confirmation bias is what counts. Trump’s policies on immigration had already created an irrational analogy in people’s heads that he was the next Hitler. Literally. So in that context, asking supporters to raise their hands was a persuasion mistake,” says Scott Adams.

Scott Adams is the creator of the comic Dilbert, he’s the author of the book How to Fail at Almost Everything and Still Win Big, he’s a trained hypnotist, and a student of persuasion. Scott’s been writing about Donald Trump’s rise in the GOP election race since June 2015.

Scott makes it clear on his blog that his interest in Trump is purely Trump’s persuasion skills, and that he doesn’t have any interest in Trump’s — or any of the other candidates — policies.

If you notice, Scott says Trump made a “persuasion mistake” at the rally. Meaning there was a persuasion technique attempted that backfired. The technique Trump was trying to use was getting his rally audience to do him a small favor (raise their hand) — subconsciously priming the pump — before asking them for a bigger favor (their vote).

Car salesmen, copywriters, speakers (Tony Robbins comes to mind), even employees — as you’ll see today — use this technique all the time. They get you to say, “Yes,” or “Ay,” several times before they ask you for a bigger favor: vote for me/ buy my product/ sign this document/ walk on these hot coals.

For this persuasion technique to work, the small favor needs to fit the context. The kind of favor Trump was asking for, in the context he had built (Trump’s harsh immigration policies), was a bad set up. Hence ‘the next Hitler,’ reactions.

I’m not saying Trump is not the next Hitler. He could be. I don’t know? Nobody can predict that. But for the sake of this article, we’ll chalk it up as a weak attempt at persuasion on Trump’s part (So the political peanut gallery can save its comments).

Like many of you, I’ve been following the presidential race and been fascinated by the persuasion side of things. I’ve started to think more about the difference between someone persuasive, like Donald Trump, vs. someone in power, like the President of the United States.

The difference, I believe, lies in Position of Strength (POS). I first heard this term used in the context of overpaying for a service:

“Another weakness that puts you at risk of overpaying is not having a Position of Strength (POS). Without it, you have no leverage for negotiation and your neediness betrays you.

“‘A position of strength is the opposite of neediness,’ says Matt Smith, my business partner at EarlyToRise.com,” says Craig Ballantyne.

There’s a lot we can glean from these two statements. My understanding is that when you’re in a position of power you have strength. It doesn’t matter how persuasive someone is if you have power you can veto them — that power is your leverage.

This is why whenever you’re negotiating a deal with someone, a job offer, a car sale, or asking for a vote, you need to have leverage. You can have the most powerful persuasion skills in the world, but if the person you’re negotiating with sees through them, all you have left is your POS. And if you don’t have anything to leverage, then your POS is weak.

If all this talk about Trump, POS, and power is scaring you, we’re going to pivot and I’ll explain how you might establish a POS as an employee.

Jason Fried, the founder of Basecamp, eluded to this in a recent post he published on Medium called, “Building a Lever.” The example Jason uses is this: you’re an employee who works in an office and you want to work from home. Most of your work can be done from a laptop at home, anyway, so your request is reasonable. How do you go about asking your boss?

Fried recommends starting with the small favor approach we talked about. He says:

“For a company not used to remote working, experimenting with remote working can be met with significant resistance. So if you want to convince your boss that it’s worth the risk, you have to start small. Remember, you don’t have the leverage yet — you haven’t shown any victories.

“So what I often recommend people do is ask their boss for a single afternoon a month where they can work from home. Take the first Thursday afternoon of the month. You leave at lunch and work the rest of the day at home. Prove that the sky isn’t falling. Prove that you can get your work done without physical supervision or proximity to your co-workers. Better yet, show you get even more done at home than you do at the office.

“Prove it. And once you have, you’ve built a lever. It’s still small, but it’s better than no lever at all.”

That last point about the small lever is kind of B.S. What you’ve essentially done is persuaded your boss into granting you a small favor — something that will come in handy when you ask for a bigger favor (like working from home every other day). Is that leverage? I guess so, but this kind of leverage won’t move you closer to a POS because you haven’t created the kind of leverage your boss recognizes.

One example of an employee building levers to move into a POS can be found in this article by Mark Ford. Mark uses his own story as an example. Mark built multiple levers for himself, growing his skill set to where his skills were making his boss rich. By making his boss rich, Mark put himself in a POS. He negotiated his POS to go from making the salary of a managing editor to over a million dollars in one year.

I don’t want you to discount Fried’s advice though. Starting small is the way to go. You build trust with small victories and over time can leverage that trust to set yourself up in an environment conducive to learning higher-leverage skills.

Maybe you find you get more done working from home? Being more productive can free up the time you need to learn a new skill that will make your boss and your company more money. That skill is what puts you in a position of strength and power to negotiate a higher salary, more time off, etc.