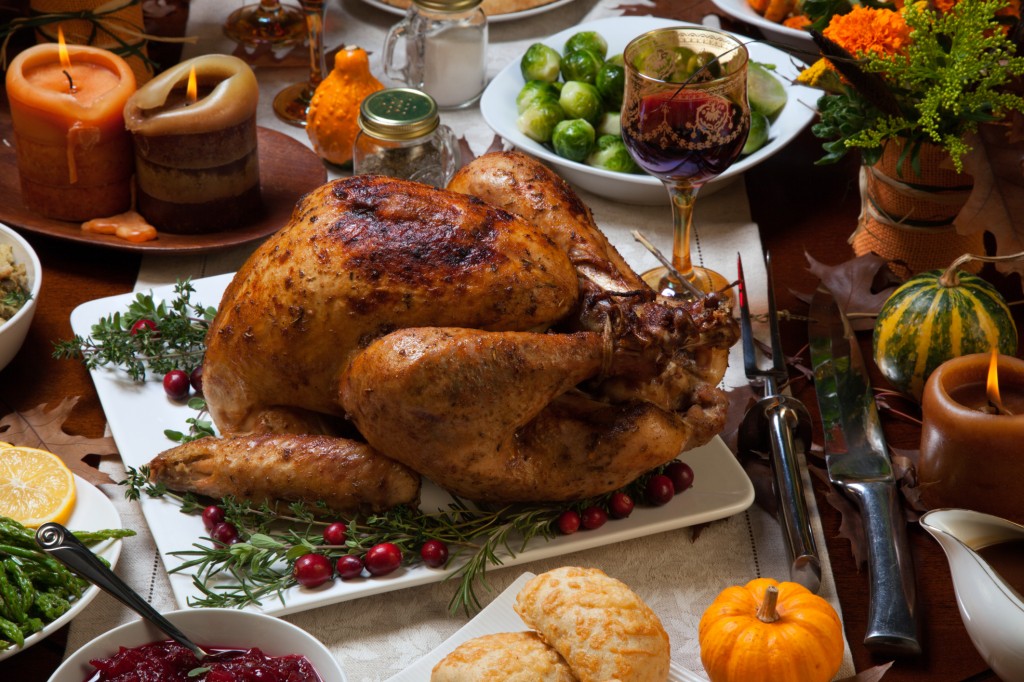 Here it is, Thanksgiving again. I love Thanksgiving because it brings back a lot of great childhood memories — turkey, giblet gravy, mashed potatoes, five or six desserts, the Packers and Lions doing battle on our black-and-white television set, snow flurries, the long weekend and, best of all, family.

Most everyone loves the festive atmosphere of Thanksgiving. The spirit of this gluttonous holiday seems to put everyone in a good mood. (Except for the turkey, of course.)  But, like so many of our national holidays, I doubt that many people take the time to reflect on the true purpose of this special day.

When the Pilgrims celebrated the first Thanksgiving in 1621, it was to give thanks for the bountiful harvest reaped by the Plymouth Colony following a severe winter.  In modern-day terms, they saw their glass not as half empty, but half full.

In this regard, on Thanksgiving day I also find myself thinking about Lou Gehrig’s farewell speech at Yankee Stadium on July 4, 1939.  If you’re a sports fan, you’ve probably seen footage of that historic speech.

The words that most of us remember are when Gehrig said, “Today I consider myself the luckiest man on the face of this earth.”  What an amazing statement from a person who knew that he had amyotrophic lateral sclerosis (ALS).  This insidious terminal illness is now commonly referred to as “Lou Gehrig’s Disease.”

With Lou Gehrig’s words in mind, I’d like to share with you something personal that has become a centerpiece in my life.  For many years, I have made it a habit to think of every day as a day of thanksgiving by beginning each morning consciously thinking about my blessings.  Like the Pilgrims, everyone’s glass is both half empty as well as half full, so I could just as easily choose to think about my misfortunes.

Since every negative has an offsetting positive built into it, and vice versa, you always have a choice as to whether to focus on the abundance or the scarcity in your life.  And my firsthand experience has convinced me beyond all doubt that if you want more negatives in your life, all you need to do is concentrate on the negatives that already exist.

Likewise, if you want more positives in your life, focusing on the positives you already have is a great catalyst for making that happen.  You’ll be amazed at the number of new positives that will almost magically make their appearance into your life as a result of a healthy mindset.

Let me make it clear that there that is nothing magical about this phenomenon.  On the contrary, it’s quite scientific.  What makes it possible is the fact that (1) all atoms are connected and (2) atoms vibrate at tremendous rates of speed.

That’s why, when your thoughts are positive, science works its wonders and causes those vibrating atoms in your brain to draw positive people, things, and circumstances into your life.  Because you are connected to the Conscious Universal Power Source, you always have infinite power at your disposal.  Even if you’re an atheist, you will find that focusing on your blessings is a cathartic way to start each day.  Again, it’s a matter of science.

Whenever something “bad” happens, I try to quickly discard the negative aspects of the situation.  Then I say to myself, “But, here are the offsetting positives” … and I describe those positives to myself in a very specific way.

If I were to make up a list of all the blessings I’ve had during my life — minor, medium, and major ones — such a list would be in the thousands.  I don’t know you personally, but I strongly suspect that your list would be just about as big as mine.

I realize that it’s not easy to focus on your blessings when faced with a genuine crisis such as a serious medical problem, financial upheaval, or a deteriorating marriage.  Nevertheless, it’s wise to remember that the more you focus on the adversities in your life, the more adversities you are likely to get.

I don’t have a double-blind study to prove it, but I can tell you from firsthand experience that being thankful for what you have every day of your life is a powerful tonic for the mind.  I’m not talking about just speaking the words.  I’m talking about thinking the thoughts.