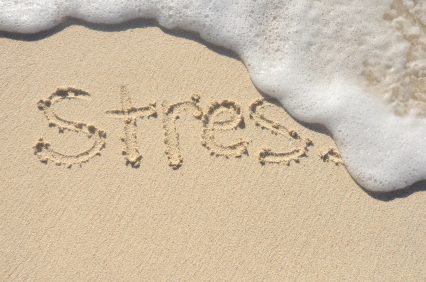 The foundation for handling sadness and misfortune, and thus for leading a low-stress life, is what I like to refer to as “living right.” What I mean by that is consistently being conscious of, and vigilant about, trying to make good choices.

We all desire love, understanding, and recognition, but those things aren’t foundational to serenity. The antidote to stress can’t be found through alcohol, pills, sexual pleasure, fame, or wealth either. Millions have tried without conquering their stress, and all too many have lived unnecessarily short lives as a result.

Inner conflict causes stress. By contrast, leading a concentric life (i.e., one in which what you do matches up closely with what you believe in and what you say) brings harmony into your world. Harmony is directly related to how often you follow through and do what you know is right. Likewise, harmony is related to how often you demonstrate the self-discipline to refrain from doing that which you know is wrong.

Here are some things to think about that will help you develop the mindset to overcome the stress in your life:

Don’t try to make the world bend to your will.

Trying to get everyone to do things your way goes beyond stress. It’s a frustrating, hopeless exercise that can drive a person mad. I know one wealthy individual, in particular, who long ago lost his ability to think rationally because of his frustration over not being able to force everyone around him to conform to his wishes.

One of the rules of being a good delegator is to tell people precisely what you want them to do, then let them do it their way. President Dwight D. Eisenhower once said that a good executive is someone who, when handed a letter that he knows he could have written better, signs it anyway.

This is an area where you have to be careful, even when dealing with your own children. While it’s the parents’ responsibility to teach and guide their children, wise parents learn early on that their children cannot and will not do everything exactly as their parents want them to. The reality is that your children are different human beings than you are, so it would be unnatural for them to mirror you 100 percent of the time.

Recognize that for every negative, there’s an offsetting positive.

I often refer to a principle that I call the Natural Law of Balance. In pointing out that the universe is in balance, I use such examples as electrons and protons, night and day, male and female, hot and cold, and life and death. The reality is that for every positive, there’s an offsetting negative, and for every negative, there’s an offsetting positive. Balance is the natural order of the universe.

The nice thing about it is that when you understand and believe in universal balance, you automatically look for the offsetting positive in every negative situation. Put another way, think of every negative occurrence as nothing more than an illusion hiding something of value to you. As Richard Bach so eloquently put it in his book Illusions, “What the caterpillar calls the end of the world, the Master calls a butterfly.”

It’s worth repeating Ralph Waldo Emerson’s famous words: “For every minute you are angry, you lose 60 seconds of happiness.” The late Jim Blanchard was a great teacher for me in this respect. Jim was one of the most remarkable people I’ve ever known. A paraplegic from the age of 18, he not only built a fortune while working from a wheelchair, he traveled the world extensively and did almost everything “normal” people do – and more.

Jim once told me about a guy who had shafted him out of a lot of money. I asked how he could be so calm about it, and I’ll never forget his response: “I’ve found that it’s disarming to just smile, be polite, and act as though nothing is wrong. Not only do you avoid making enemies by handling things in this manner, you also save yourself a ton of aggravation. All you need to do is avoid having business dealings with that person in the future. And to the extent you are cordial, he’ll probably even sing your praises to everyone – which means you win all the way around.”

I admit that Jim was special when it came to handling people, but his words help me to this day. Whenever I become angry, I give myself time to cool off before saying or doing something I might later regret. For example, if I impulsively write a quick letter in a heated state of mind, I let it sit for a day or two before mailing it. It’s amazing how much of the angry edge you can take off a letter by editing it a couple of days after you wrote it.

One last thing worth thinking about when it comes to achieving peace of mind. In his book Ageless Body, Timeless Mind, Deepak Chopra says that worrying about stress is more damaging than stress itself. Which brings me back to something I said in my last ETR article on this subject: It is not events that shape your world. It is your thought processes.

When you learn to control your thoughts, you establish the boundaries of negative influences upon your life. Remember, no matter how long a list of stress inhibitors you compile, your mental state will always be the most important factor when it comes to achieving peace of mind.