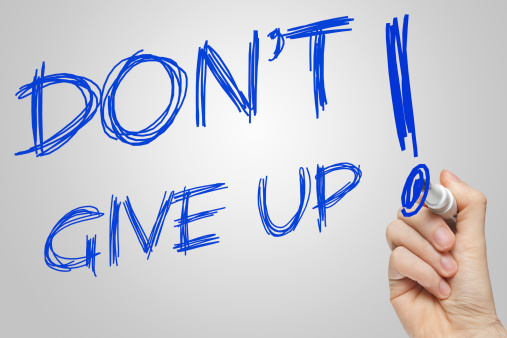 When you see or hear about someone who has created extraordinary success, do you wonder how they did it? Do you put them on a pedestal—or do you assume that if they can do it, you could do it too?

I once wondered how the successful did it. Was it luck? Did they have certain qualities I lacked, or some other advantage? Perhaps they knew something that would guide me, if I could just discover what it was.

These questions were the beginning of a long search. But before I tell you what I discovered—and how you can benefit from it—let me tell you a little bit of my story.

When I first posed these questions (about 35 years ago) I was living on about $3,000 a month—and going nowhere fast. Approaching my 40th birthday I woke up one morning and anxiously wondered what the hell had happened to my life. “It’s too late to get my act together” was coming over the horizon (or so I thought).

I had no career, no career prospects—and no idea what to do about it.

A lot has changed since then. For one thing, my businesses have earned tens of millions of dollars since then. My business advice is sought by scores of people each month, and nearly 2 million other people have paid me for my expertise. I’ve been asked to join many prestigious organizations. I’ve received awards for my philanthropy. I’ve spoken at the United Nations and shared the stage with people like Stephen Covey, Richard Branson, and even the Dalai Lama.

Believe me, I wasn’t on track for ANY of this to happen.

These things did happen, though, and I’d like to share some of what I’ve learned in the process, especially a realization that you—with a bit of help and your own desire to succeed—can do the same (or better).

Within a month of my “it’s too late for me” moment, I had an idea—an idea about something I wanted to do. When I started tinkering with my idea I wasn’t particularly thinking about “success” and my vision was extremely limited.

There was one thing about this idea, though, that qualified it as a spectacular idea (though it didn’t seem so at the time).

What made my idea so spectacular?

I was passionate about it.

Because of that passion, lack of motivation wasn’t an issue. I leaped out of bed in the morning eager to think about my idea, do something about it, talk to others about it, learn more about it, and to take action. I hoped my idea would make an additional thirty thousand dollars a year, doubling my income. That was the extent of my vision. At one point (years later) my idea was making me $50,000 every day.

In pursuing my idea I learned a lot about success. I have to admit, though, that I learned it slowly, especially during the first three or four years. I DID learn, however.

One of the most important lessons I learned:

A HUGE aspect of success (certainly in my top three) is to keep going. Sounds simple, but very few people do it. Most people use any excuse to get off the success train before it gets to the station (in many cases before it even leaves the station). Because I was so passionate about my idea, and because I was having such a good time playing with it, the thought of stopping never occurred to me.

So don’t quit. Your odds of being a success are infinitely greater if you just keep going. You can’t be a success at something if you stop doing it.

This next lesson is perhaps THE most basic success principle of all: For any outcome you want, there’s a certain way of thinking and acting that will get it for you. You just have to find it and then be willing to adopt it. (And then keep going.)

Yes, it takes time and effort to master the how-to (that’s one reason why it took me several years to get going), but finding it out isn’t a secret.

There is no other way.

So how do you find that successful way of thinking and acting? Luckily, successful people write books and have books written about them. They often teach seminars or courses. Magazines, newspapers, and blogs interview them.

Many will even sit down with you and talk to you if you ask them nicely (I once spent four hours interviewing Art Linkletter in his Beverly Hills office in the days when I was still making about $3,000 a month—just because I wrote him a letter and asked).

What should you notice about how successful people think and act? A lot, but here are a few key things: What do they believe—about success, about themselves, about money, about failure, about persistence, and anything else that seems pertinent to their success? Probably something different than what you believe.

Find out how they make decisions. What criteria do they use? Do they decide quickly, or take a long time? (Hint: the answer is quickly, but only once they’ve learned the key facts.)

What do they do when things go wrong (they will, you know)? Successful people look for—and find—the benefits in every setback. The successful become success by failing MORE than other people—not less.

There’s much more I could share, of course, but these ideas will get you started. And as I said above, once you get started…keep going.