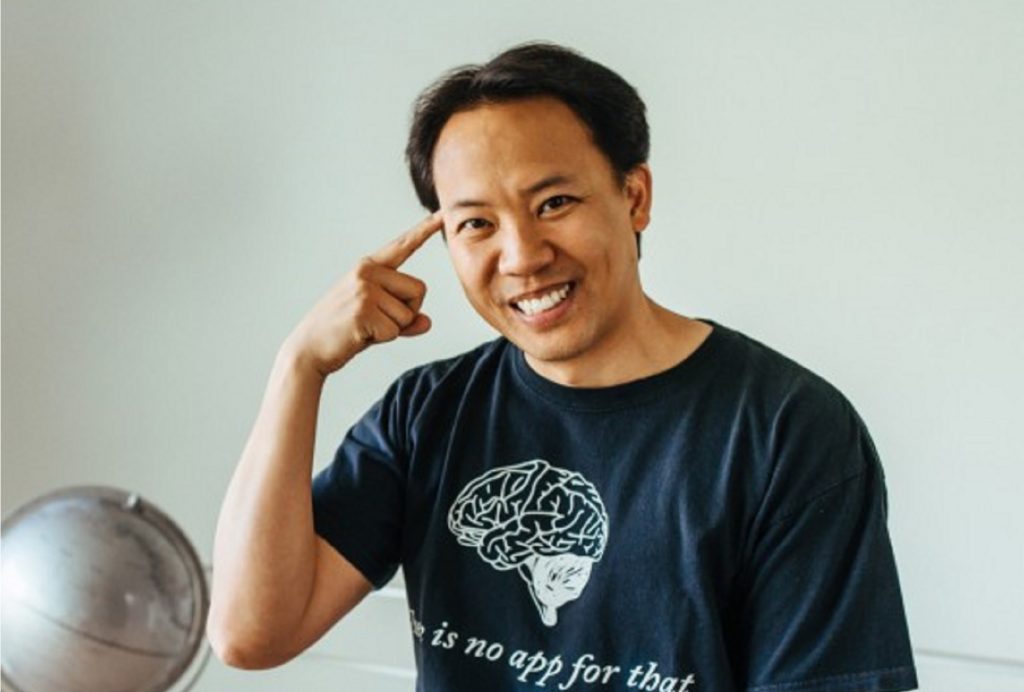 When I was fifteen, I was what some would call “socially challenged.”

During the few years I attended public school (before transitioning to homeschooling), I was the kid nestled behind the bushes at recess reading the latest Harry Potter novel or drawing fictional battles between my favorite characters from Lord of the Rings.

Talking to others made me anxious and insecure. The few friendships I had were inconsistent and confusing. I was subjected to regular bullying, both physical and verbal. And finding a girl who would give me the time of day–much less allow me to take her out on a date? All but impossible.

In the depths of my desperation, I did the only thing I knew how to do.

I Googled, “How to get better socially” (and “How do I get a girlfriend?!”)

This single search, simple though it may have been, was the catalyst for a radical personal transformation.

Because it started my love affair with podcasts.

As I dove into the rabbit hole of my iPhone’s podcast app, it led me to The Art of Charm (now The Jordan Harbinger Show), Knowledge for Men, and–most relevant to our discussion today–a show called The Kickass Life, hosted by David T.S. Wood.

And it was on David’s show that I was first introduced to Jim Kwik.

Before his rise to fame, before his podcast (which has over 10,000,000 downloads), and before his keynote speeches and crazy projects with the cast of The X-Men…Jim was virtually mentoring fifteen year-old me, helping me overcome my limiting beliefs, eradicate my negative self-talk, and transform myself by first transforming my brain.

And today, I’m going to give you the five most important things I’ve learned from Jim after following him for more than seven years.

With the lessons I’m about to share with you, you’ll be able to rewire and optimize your brain for more focus, performance, and success.

According to Jim, the most basic building block of mental performance and age defying brain health is, quite unsurprisingly, the fuel with which you are feeding your brain.

Now, I’m sure you’ve heard many an expert pronounce from their pulpit that, “Your diet is the most important factor for longevity, performance, and overall well being.” But few people fully understand the gravity of that statement.

Recent studies have found that roughly 90% of your body’s serotonin–the neurochemical related to mood, social behavior, appetite, and sex drive–is produced in the gut, not the brain.

Still other studies have shown that diets high in processed foods and low in neuroprotective foods (I’ll get to those in a minute) are linked impaired memory, slower learning, brain fog, lowered emotional control, anxiety, and depression.

So it’s pretty clear that you diet matters…A lot.

But the question still remains:

What on earth are you supposed to eat for optimal brain health and mental performance?

Due to our species’ high level of bio individuality, there’s no one clear answer to this question.

But there are a few guidelines.

I would also encourage you to invest in a comprehensive set of blood and gut panels to identify any micronutrient deficiencies or food allergies that may be present in your body. For those of you who are already eating a healthy diet but still lacking the mental power and focus you crave, the solution could be as simple as clicking “Add to Cart” on a few bottles of GABA and magnesium.

2. Spray Insecticide on the A.N.T.s

Listen. Sometimes, no matter how hard we try or how positive we try to think…Life can just plain suck. Businesses implode. Spouses leave. Children do stupid things. The IRS asks for more than you set aside.

And oftentimes, when genuine tragedy and failure occurs, the best thing we can do for our own sanity is to experience the melancholy, the heartbreak, the anger, and the frustration. Despite what many a guru might tell you, negative emotions are just as effective at fueling change and growth as positive ones.

“In life, you need either inspiration or desperation”

However, many of us (myself most certainly included) allow an unnecessary and unnatural form of negativity to rule our lives.

Specifically, we succumb to A.N.T.s or Automatic Negative Thoughts, the health of our brains and quality of our mental performance can plummet.

A.N.T.s are, as the name implies, are automatic patterns of thought that have a negative impact on the physical and mental health of an individual.

Are all examples of ANTs.

While it should be pretty obvious that these negative mental loops serve neither yourself nor the world, the damage they can cause is much more severe than most people might imagine.

The thoughts you have, both positive and negative, have a chemical and physiological effect on your brain.

And if you regularly entertain more negative thoughts than positive ones, it can lead to:

Negativity is, quite literally, killing your brain.

So what can you do about it?

Here are a few strategies from both Jim and Dr. Daniel Amen, Founder of Amen Clinics and the Nation’s foremost brain health expert:

A recent study published by Harvard showed, empirically, something that self-help experts and your parents have been telling you since the time you were a child.

You become who you surround yourself with.

“You’re the average of the five people you spend time with most.”

The importance of selectively curating high-quality individuals for your social circle can no longer be relegated to the realm of overused aphorisms and motivational Instagram posts.

When you spend time around unhealthy, toxic, and negative people, you will slowly begin to adopt their patterns and behaviors. Because not only is negativity toxic to your brain and performance…studies have shown it’s also contagious.

Their low-caliber behaviors will grate away at your mental reserves and slowly but surely degrade the quality of your thinking and the performance of your mind. Negative thoughts will become more prevalent (and more persistent) and you will struggle to break free from the level of thinking to which your peer group has lowered you.

Luckily, the solution is simple.

Excise negative people from your life like a disease.

This is not to say you should burn bridges or sever ties with friends who have been there for you during your darker times.

Rather that you must identify the individuals in your life who drain you energy and mental resources without offering anything in return and cut them out of your life.

If the negative individuals in question happen to be family? Then limit your contact with them. And when you do see them, refuse to stoop to their level. Challenge them to rise to your level of ambition, thinking, and refuse to engage in their negativity.

Guard your social circle with the same intensity you (should) guard your time and financial resources.

Because it’s just as important for your mental performance, brain health, and success–if not more so.

There are four words in the English language, innocuous though they may seem, that spell the death of your growth, performance, and yes, the health of your brain.

I already know that.

We do things our way because that’s how we’ve always done it–and it hasn’t killed us (yet).

But worse than stubbornness is the boredom that often comes with age.

Years of ‘the same ‘ol thing’ wear down on our psyche and lead to complacency. We shop at the same stores, go to the same restaurants, read books from the same authors, and do the same things.

To improve your mental performance and build a brain that defies age, growing and improving until your final days, you must abandon routine and pursue bewilderment.

Study after study has shown that your brain can quite literally create new brain cells (neurogenesis) and alter existing neural pathways (neuroplasticity).

So you can and should teach an old dog new tricks.

According to Kwik, one of the most important things you can do for the health of your brain (and life) is to foster a sense of bewilderment and curiosity about the world around you.

Constantly learn and try new things. Read books from authors with whom you are unfamiliar, learn new languages, pick up a new instrument, learn to juggle, learn to SCUBA, travel to new countries…

Give your brain the novelty it craves and it will become smarter, faster, and better in every way.

5.Do That Which Makes You Come Alive

Of the many insights I’ve gleaned from Jim’s interviews, courses, and presentations over the few months I’ve followed him, the most profound is this:

If you’re feeling burned out, tired, exhausted, and unmotivated, I can all but promise you it isn’t because you’re working too many hours or doing too much (this is a symptom, rarely the underlying cause).

It’s because you aren’t doing enough of the things that fill your soul and make you feel alive.

Maybe you made a business decision that led to more income but gave you less time to focus on the things you enjoy most.

Maybe you’ve been grinding so hard at work that you haven’t made time to paint, or play the guitar, or write your novel, or do any of the other things you enjoy.

Maybe you’ve taken on a “Shadow Career” as Steven Pressfield calls it, doing work that pays the bills while refusing your true calling.

Whatever the case…Do more of the things that make you come alive.

Make time for your hobbies and passions. Architect a business that allows you to pursue your highest calling while making money. Live your life in a way where you plan your weeks and engineer your days for maximum aliveness.

Schedule adventures into every week and make sure to spend at least 30-minutes a day doing something you love.

If you will do this, not only will you have a healthier brain…You’ll have a more wholesome and fulfilling life.

Life is for the living. So do what makes you come alive.

After dropping out of college at 18, Austin set out to travel the world and turn his passion for sharing big ideas through writing into a full time income. Today, he's succeeded at his goal and is the Editor for Early to Rise, Director of Content for Knowledge for Men, and a highly sought after freelance writer whose ghost-written work has been featured on Forbes, The Huffington Post, Inc.com among other major outlets. When he isn't exploring new cities, writing game-changing content, or devouring his latest stack of books, you'll find him kicked back in a hammock on the beaches of Mexico with his girlfriend and two-year old Pomeranian, Zelda