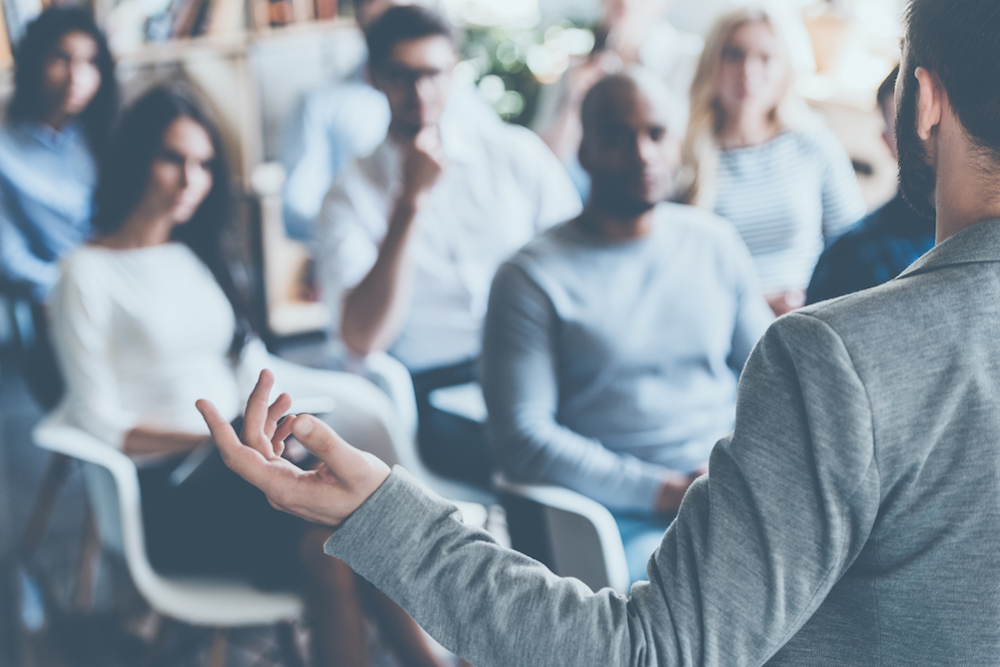 A few weeks ago, one of my coaching clients asked for help writing a speech. It was part of an important presentation and he had 45 minutes—or so he thought—to make a major impact on the audience.

The presentation wasn’t only important to him—it was also very important to me. You see, he’s slated to be one of the speakers at my Perfect Life Retreat. This is the biggest event I’ve ever planned in my career, and my team and I have invested a lot of time and money into creating a world-class experience.

So, I racked my brain for advice and guidance. Now, I’ve spoken in front of tens of thousands of people and attended more than 100 seminars. I’ve enjoyed businesses presentations that were funnier than stand-up routines, and I’ve also been forced to sit through talks by the world’s worst speakers. I know what makes a good presentation and what doesn’t.

It’s not their fault. After all, there’s a low bar for entry. In most cases, speakers need to meet three very basic criteria:

Can they look at people? Check.

Can they talk? Yes.

Can they look at people and talk at the same time? Sure.

But it’s not that simple. While most critics think it’s a lack of confidence that stops someone from being a great speaker, it’s really this misguided approach to speech-writing that makes presentations terrible.

The truth is, a good speech starts with one simple question: What’s in it for the audience?

This came to mind as I guided my friend through his speech-writing. He voiced concern about not having any experience writing speeches, but I told him his would be great. As I explained it, 45 minutes was plenty of time to tell his hero’s journey story, teach some lessons, and deliver a great motivational message.

Then we hit a snag. Scheduling snafus meant that we had to cut his 45 minutes to 15. He freaked out.

“Hey Matthew,” I said to him on a phone call, “Things have changed. We can only give you a 15-minute time slot for your presentation now.”

The line went dead silent. I could hear him hitting what sounded like a panic button.

Most people think that writing a 45-minute speech is hard—maybe three times harder than writing a 15-minutes speech. But it’s actually the opposite. The shorter the speech, the more time it takes to write. Why? Getting the right message across in fewer words is far more challenging than just writing more words.

But there was good news: Studies show it takes just shy of 20 minutes to make an impact. As TED Curator Chris Anderson says, “18 minutes is really long enough to make a serious point and hold people’s attention.”

I told Matthew about this, and worked with him to keep his powerful message to 15 minutes. As we cut, sliced, and hacked, we continued to return to the same question:

What’s in it for the audience?

Yes, we put many stories on the chopping block. We killed his “darlings,” his tales of personal success and failure, his fat and fluff. And I continued to remind him:

Your audience will always be thinking about what’s in it for them.

They don’t care if you’re nervous.

They’re even willing to suffer through some screw-ups ….

One of my speaking coaches, Sean Stephenson, put it this way: “Speaking is easy. Make the audience laugh. Make them cry. Change their lives.”

It really is that simple. All it takes is one great joke, one tale of heartbreak. Finish off by turning that story into advice or insight.

And no, this doesn’t require an hour or more. It just requires that you take the time to think about someone other than yourself.

When you start with this simple prompt, you can build a standing-ovation worthy TEDTalk, a killer sales presentation, or a motivational speech to pump up your son’s Little League team.

What happened with Matthew’s speech, you ask? It’s truly amazing—and he will probably do better in 15 minutes than he would in 45.

So before you do a lot of unnecessary work on your speech, consider your audience and figure out how to give them what they want. They’re the ones who really matter.