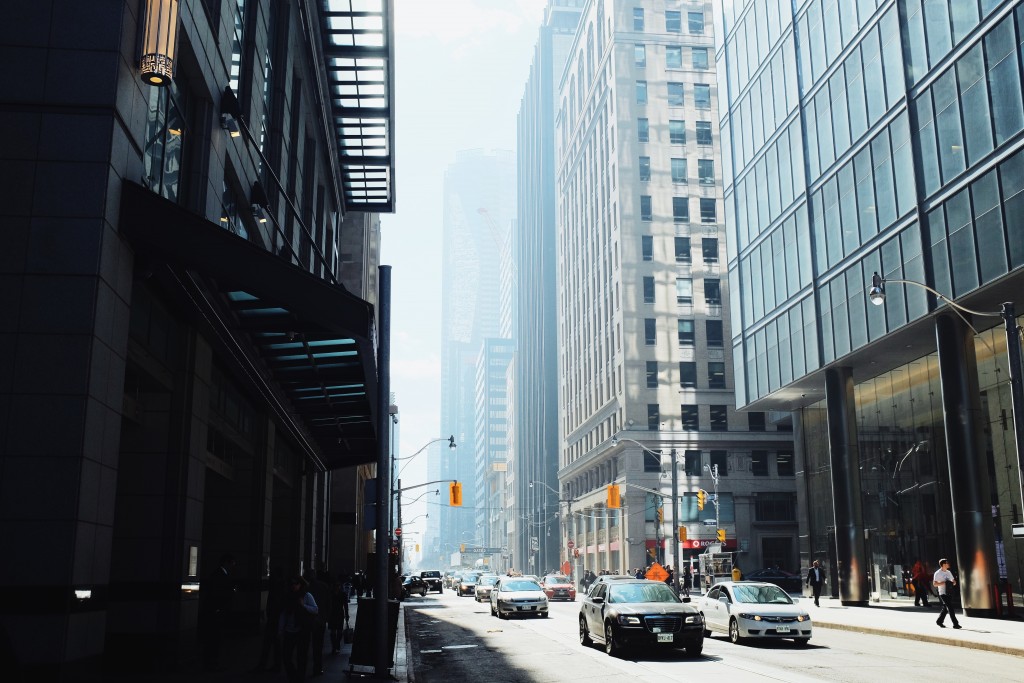 It was another interesting year. Many people shifted departments and roles, our company moved to a new technology platform, and we ramped up our marketing to levels never seen before in our business — and then we had to scale them back dramatically. We hired new people and parted ways with some long-time staff. We bought other companies and launched great new products.

We made many changes to our business, and there’s no denying that change can be difficult. But change is here to stay in every aspect of our lives, and today I want to teach you a strategy for thriving in an environment of change.

First, let me tell you about a huge personal disappointment I experienced years ago.

After high school I joined the army. I didn’t necessarily want to be in the army, but I wanted to go to college, and at the time, joining the army sounded like a good way to pay for it.

In the army, my job was known as Fire Support Specialist. Also called Forward Observers, soldiers with this Military Occupational Specialty (MOS) work on the front lines. In combat, the main job of a Fire Support Specialist is to spot the enemy, figure out what he is doing, and then work with the people operating big guns, tanks, and aircraft to direct fire towards the enemy.

As you can imagine, it’s one of the riskiest roles on the battlefield. Thankfully, I only performed this role in training. I never deployed to a real conflict.

Training for this role takes place in Fort Sill, Oklahoma. It was there, during basic training, that I received a piece of advice that has helped me thrive in tumultuous and unpredictable environments.

It happened on the day before my Army Basic Training graduation. My family and those of the other soldiers in my Company had come to Ft. Sill for the ceremony.

Normally, soldiers are reunited with families immediately after the graduation ceremony. But, weeks before graduation, we were offered a special reward for meeting certain standards of physical fitness and discipline. If those were achieved, we earned a four-hour leave with our families the day before graduation.

It had been ten long, grueling weeks since I’d seen my family. Knowing I’d see them a day early kept me focused and motivated during the final week.

But something changed. I don’t remember the reason, but literally moments before we were supposed to meet our families, we were informed that there was a change of plans. We were told we wouldn’t see them at all that day.

Even after 22 years, I think this was the most disappointment I’ve ever felt. And looking back, I’m a little embarrassed that it affected me so strongly. Still, the fact is the disappointment was overwhelming in the moment. I did everything I was supposed to do. We had a deal. It all seemed profoundly unfair.

I didn’t say a word when the Drill Sargent delivered the news. But the disappointment must was been written all over my face. When he saw me, he walked over and got in my face as he loved to do, looked me in the eye and said, “Cooper, you gotta learn to be flexible.”

The next moment we were put to work. I won’t pretend that the line from my Drill Sgt. ‘turned my frown upside down,’ but it did help me stop feeling sorry for myself.

“You gotta learn to be flexible,” has become a mantra for me. There hasn’t been a week since that day in Oklahoma that I don’t repeat it to myself at least once. And, during times of great uncertainty, I might say it a dozen times a day.

Embracing Change in Your Life

There’s a strange irony about human nature. We are a resilient species because of our ability to adapt to our environment. And yet, despite the defining trait of our species — we fear change and often fight tooth-and-nail against it.

All in all, everyone in our business has done a remarkable job of embracing the change this year. And thank goodness, because there’s been a lot of it, and next year is sure to be filled with many more changes.

I haven’t polled my staff, but if social scientists are right — many of them likelyunderwent stress and worry as changes were being implemented.

According to social scientists, we all go through an emotional process as we deal with change, and it’s not pretty. In fact, the theory of emotional patterns and change is rooted in Elisabeth Kubler-Ross’ five stages of grief.

If that’s true, it means the emotional roller coaster we go through amidst big changes follows the same pattern as someone preparing to accept their own death.

There is a whole mess of research devoted to Change Management.

Most of it comes down to this:

Change is hard. When people encounter change, they’re likely to go through a series of emotions (above). The emotions are natural. It’s a process. Understand it.

If you’re leading a team, explain to your team what’s happening. Help them to understand the emotional process of change so they can diagnose where they are on the curve. Help them see that it’s natural to feel the way they do and show them how things will get better.

Of course, resistance to change happens for more than just emotional reasons. There are practical considerations too. Things like “This will cause more work for me” and “Will this change make my job unnecessary?” are among the issues identified by Rosabeth Kanter in Harvard Business Review, Ten Reasons People Resist Change

How to Thrive in a World of Change

If there’s a specific change that has you unsettled, take a step back and see where your emotions fall. Are you holding on? If so, what exactly are you worried about?

Remember that change is a process.

Disappointment, uncertainty, and change are hard — but you already know that. By now, you also know they’re a fact of life. You’ll face them professionally and personally. The only thing you can control is how you respond. And by responding well to change, you’ll learn to thrive even while others falter.

“You gotta learn to be flexible,” as my Drill Sargent would say.