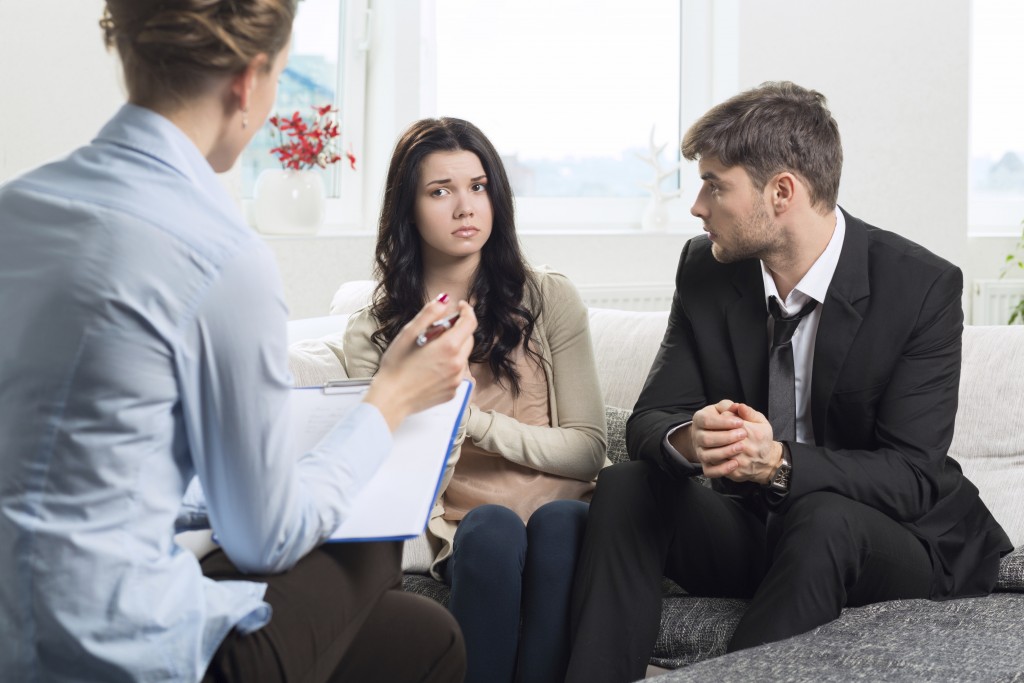 What would you do if your son were about to marry a woman who was a bad fit for him and your family?

That’s the dilemma Ted and Marta faced. Their 25-year-old son, Jake, was going to ask his girlfriend to marry him… and they didn’t approve.

Sure, Jake’s girlfriend was pretty, educated and she had a good job. But the way she spoke to and interacted with Jake and his friends was troubling. And her values and long-term goals were in conflict with those of Jake’s family.

Jake had always had a close relationship with his parents. But Ted and Marta had never confronted him on a sensitive issue as an adult. They were nervous about broaching the subject with him. But when Jake told them he was going to propose, Ted and Marta decided it was time to speak up.

First, they told Jake how much they loved him. They told him they would always support him – no matter what. And then they brought up their concerns.

When they were done speaking, Marta took her engagement ring off her finger and gave it to her son. She told him that if he chose to go through with his decision, his parents would stand behind him. Jake took the ring and left.

Ten long days went by before Jake reappeared at his parents’ home. When he did, Jake gave his mother her ring back. He thanked his parents for their love and support. Their talk had made him think about his relationship. He had reached the same conclusion his parents had. And he was grateful for their courage and candor in speaking with him.

Here’s what Ted and Marta did right when dealing with a potentially explosive situation:

• They started by letting Jake know how much they loved him and would support him – no matter what.

• They separated Jake from his decision. They expressed their love for and acceptance of their son… even though they might not agree with his eventual choice.

• They didn’t approach Jake impulsively. They explained that they had given the subject much thought before speaking with him.

• They spoke to Jake out of concern for him, not out of their own desires. The focus was on Jake and his future, not on what they wanted.

• They didn’t try to control Jake. They acknowledged that he was an adult, capable of living his own life and making his own decisions. They only provided their perspective. In the end, they said, they would respect his decision.

Now, let’s see how Maria handled a sticky situation involving her son, Alex. For years, Maria had enjoyed a mutually respectful and loving relationship with Alex. But when he got married, his wife, Beth, became jealous of the relationship between mother and son. She began to distance herself from Maria. And she eventually stopped attending family gatherings.

After a few years, things got worse. Beth started to degrade and demean members of Maria’s family to her kids.

When Maria’s grandchildren told her about the terrible things Beth was saying about the family, she decided to talk to her son. But when she did, Maria made a critical mistake.

She focused on the behaviors of her daughter-in-law instead of expressing her concern for her grandchildren. To her son, it felt like an attack on his wife.

Maria also spoke about her hurt feelings rather than the damage such negative comments could have on small children. Instead of having a conversation about her grandchildren, Maria focused the talk on herself.

By doing so, she damaged her relationship with her son. Now she walks on eggshells around him and is afraid to address difficult subjects with him.

Here are some rules of thumb to remember when dealing with in-laws and grandchildren:

• If your kids ask for advice about their spouse or children, be careful not to sound like you’re judging anyone.

• If you have concerns about your grandchildren, be sure to point out to your children, in a loving way, the specific negative behaviors you see.

Ask what might be causing the behavior. Leave it to the parents to draw conclusions and take action.

• Go slowly and go gently. There’s always a chance for another conversation. But if you sever the relationship by speaking too harshly, you may never get another opportunity.

Sandy was concerned about her daughter Courtney’sdrinking. She was afraid Courtney would become an alcoholic. Courtney’s husband was a successful businessman… and he drank even more than she did. Sandy knew the end result of excessive drinking. And she was concerned about its impact on her young granddaughters.

After much thought, Sandy decided to talk with her daughter. She let Courtney know that she had pondered the issue for a long time and questioned whether she had the right to talk with her. She told her how much she loved and respected her.

Then Sandy described the negative behaviors Courtney exhibited due to her excessive drinking. She expressed her concern for her granddaughters growing up in that atmosphere.

Sandy was careful not to speak about Courtney’s husband. Instead, she focused on her daughter with whom she had always enjoyed an open and trusting relationship.

Courtney listened to her mother quietly and carefully. Then she said, “I know, Mom. I’ve been drinking too much. I want to slow down before it’s too late. I don’t want my daughters to grow up around this.”

Courtney brought up her husband’s drinking. But Sandy didn’t engage in that part of the conversation. Their talk ended with Sandy offering to help her daughter succeed.

They talked about how Courtney could use her mom to hold her accountable and support her. Courtney quickly curtailed her drinking, and her relationship with her mom was strengthened.

Here’s why Sandy’s talk with her daughter was a success:

• She did not label, criticize or judge Courtney.

Labels turn people off. Criticism and judgment are conversation stoppers.

• Sandy thought things through first. She let Courtney know that she had weighed her concerns for some time before mentioning them.

• Sandy’s offer of support was not contingent upon Courtney doing what Sandy wanted. Courtney knew she would never be abandoned no matter what she chose to do.

• Sandy directed her concern toward her daughter and her grandchildren.

She did not include Courtney’s husband’s behavior in the discussion.

You may have issues you want to discuss with your adult children. And like many parents, you’re probably wondering if you have the right to bring them up.

Sometimes it’s difficult to walk the fine line between interference and assistance. You don’t have the right to confront adult children simply because of familial bonds. But you can earn the privilege of addressing difficult issues with them because of your involvement and caring throughout their life.

If you’ve developed strong, positive relationships with your kids, there’s almost no topic that cannot be broached as long as it is focused on your concern for them (not their spouses or yourself). And your chances of success increase greatly if you approach your children with sensitivity and caring, you are not judgmental and you realize you cannot control them.

It’s difficult trying to figure out how and when you can confront your adult children. They are free to live their lives according to their own decisions. But there remains an opening for your guidance and your influence. You still playa very important role in their lives.

If you do not have mutually respectful and trusting relationships with your children, don’t give up. A professional can help you restore and repair the connections in your family and teach the communication skills necessary for productive discussions. Your kids never outgrow their need for a parent who loves and supports them. And you will never outgrow the joy and enrichment they add to your life.