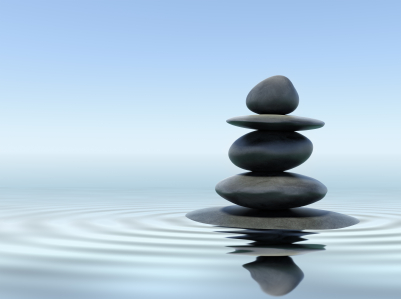 On a recent Oxford Club tour of Italy, I got to know Dr. Satinder Swaroop, a cardiologist based in Fountain Valley, CA. Among the many topics we discussed during our ten days together was Transcendental Meditation (TM).

Dr. Swaroop is a lifelong meditator. And he has found that his patients who practice it enjoy better heart health. They are less anxious and sleep better. Their chest pains are less frequent. They are more able to stay on a diet and lower their cholesterol levels. They are calmer, too.

He suggested I give it a try.

I don’t have any heart issues. I’m not an anxious person. If anything, I lean toward the overly mellow. Dr. Swaroop just smiled.

“You should try it and see what happens.”

I told him I’d look into it.

A few weeks after I returned home, Dr. Swaroop sent me an email. Had I visited TM.org as he suggested?

“You should,” he said again. “Just check out a couple of the videos.”

And so I did. That’s when I stumbled across a five-minute short by filmmaker David Lynch and became intrigued. I began reading up on TM and listening to people who practiced it. A week later, I signed up with an instructor.

I would have scoffed at this idea a few years ago. To the extent that I thought about meditation at all, I considered it a somewhat hippie, vaguely self-indulgent practice tied to Eastern religions or mystical “woo-woo” of one kind or another. Meditation seemed too… well… flaky.

But that view changed as I became more familiar with the scientific literature. There is an astonishing amount of research on meditation’s physical and psychological benefits, including hundreds of peer-reviewed articles. Researchers have found that TM spreads a wave of calmness across the brain, organizing the prefrontal region in a way that improves focus and decision-making. Studies also suggest it enhances physical health and increases longevity. How? By helping people deal effectively with stress.

In today’s hectic and competitive world, stress wears us down and burns us out. It fuels countless disorders, including anxiety, insomnia and depression. It also promotes cardiovascular disease, obesity, diabetes and digestive disorders. Exercising and eating better can help counteract this. But meditation helps practitioners develop mental resilience, as well. The benefits are well documented.

In Transcendence, psychologist and educator Dr. Norman Rosenthal writes: “A great deal of clinical research has been done on TM. For example, we now know that when people practice TM, their blood pressure drops. They show higher blood levels of a soothing hormone called prolactin, as well as more coherent brain wave patterns, which are associated with good mental functioning.

New evidence suggests that TM may improve longevity and lower medical costs by reducing hospital stays and doctors’ visits. Even people who are not in physical or psychological distress can be helped. TM has been shown to help ‘normal’ people reach their full potential and live in greater harmony with one another.”

Transcendental Meditation is not a religion. No one who practices it is asked to accept any belief system. The technique goes back thousands of years and was brought to the United States by Maharishi Mahesh Yogi, an Indian teacher who extracted the meditative technique from its Vedic origins and distilled it to its essence. Today it is practiced by people of all religions and no religion.

How does it work?

TM is not learned from a book or video. It is taught by a certified instructor and experienced meditator. The process has seven steps: two lectures, a personal interview with the teacher, then four teaching sessions on four consecutive days.

Essentially, the student is taught to sit with hands folded in an upright chair in a quiet place. After a brief ceremony of gratitude, the instructor gives him his own mantra (a two-syllable wordless sound) to think about as he sits in quiet relaxation for 20 minutes twice a day. Ideally, this would be first thing in the morning and again in the late afternoon or early evening. (The mantra is simply a mental “vehicle” to let the mind settle down.)

In the beginning, I wondered how I would possibly find time to fit two 20-minute sessions into days already crammed with research, writing, traveling, speaking, exercising, socializing and raising a family. But since no new skill can be learned without practice, I made time.

I haven’t been at it long enough to report anything world-changing. But I will pass along a few observations. First off, there’s something inherently pleasurable about taking a break from your daily routine to sit in quiet contemplation. Meditation helps you sort through all the mental flotsam and jetsam your mind throws up. The typical meditative session results in greater relaxation, inner peacefulness and, occasionally, an enjoyable shift in consciousness.

Insights like these are hardly new, of course. Meditation has been practiced in both the East and West for thousands of years. In the second century AD, the Roman emperor Marcus Aurelius wrote in his Meditations:

“Men seek retreats for themselves in country places, on beaches and mountains, and you yourself are wont to long for such retreats, but that is altogether unenlightened when it is possible at any hour you please to find a retreat within yourself. For nowhere can a man withdraw to a more untroubled quietude than in his own soul.”

Psychologists report that in a typical day we process up to 70,000 thoughts and this continues even as we sleep. (Basically the brain never shuts up.) Meditation is a pleasant and peaceful retreat, a tool for stilling the mind.

Thoughts or worries will arise during TM too, of course. But meditators are counseled not to argue with or analyze them, but rather just to acknowledge them and let them go. Experienced meditators often report a blissful state of acceptance, serenity and a feeling of being at one with the world.

TM is easy to learn and practice. It is less expensive than analysis, safer than prescriptions, and available for a lifetime without special equipment or facilities. Researchers have discovered that sitting with your eyes closed and repeating a mantra twice a day can cut your risk of serious disease by half. And it has no adverse side effects. If TM were a drug, it would be a multi-billion-dollar blockbuster.

As Rosenthal writes, “I have found most long-time meditators to be physically relaxed in their posture, alert in their expressions, and open-minded in their attitudes. It is not surprising that this demeanor and approach to life, played out day after day over years, would make a huge difference to health, longevity, and just plain enjoyment of life.”

The good news is you don’t have to follow a guru, visit an ashram, recite Sanskrit or get into the lotus position on a hardwood floor. All you need is a comfortable chair, a quiet space and 20 minutes.

And I invite you to be skeptical. I’ve learned it works for skeptics too.

How do you reduce stress?