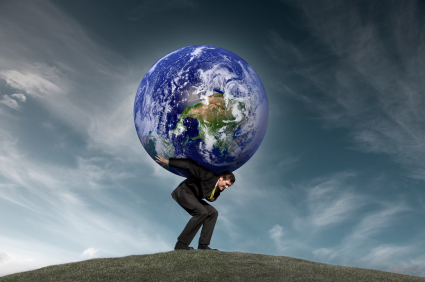 I’ve spent a lot of my life living out other people’s dreams. I didn’t do it on purpose. Instead, it’s a habit I developed at an early age that got embedded very, very deeply.

Growing up, I was from the outside looking in, pretty much a perfect child.

I got straight A’s, I never got into trouble, I followed the rules and I could always be counted on to “do the right thing.”

Before you fire off a message criticizing the size of my ego, understand that I don’t hold this “perfect child” distinction in very high regard. It’s not a badge of honor, it’s a major character flaw.

The list could go on, but I’ll stop it there because I’ve made my point.

I learned very early on that being “perfect” produced accolades. It also was an effective way to avoid conflict and to gain approval.

What I didn’t realize at the time, however, was that being “perfect” built an almost impenetrable prison wall preventing me from ever being truly free.

And So the Weight Gain Began

So what happens to someone who consistently suppresses his own will in favor of submitting to someone else’s will?

That someone gains weight.

You don’t gain physical pounds, instead you gain the weight of choices, actions and commitments that are not your own.

Over time, this weight grows until the majority of your focus and effort each day is invested in pursuing the desires of others. You think they are your desires, but you are wrong. You just can’t see that you are wrong because it has become your habit to ignore reality.

You think you are living your life, but in reality, you are too scared to live your life. Instead, you live what others would have for your life.

This is how I lived for a very long time.

As you might imagine, this can cause a lot of damage in the life of a human being. And it is perhaps the most insidious form of self-betrayal I know.

The worst symptom of the damage, by far, was that I developed the habit of…

We’ve all had times in our life when we’ve done something like this. A person asks us to do something and we agree to it when we really don’t want to.

Nobody wants to be a jerk, after all. But last time I checked, being a jerk is a pretty subjective situation.

The fact of the matter is I didn’t have the guts at the time to answer questions like this honestly. Instead, I was scared to death of the consequences of “rejecting” someone by asserting my will and saying, “No.”

And the weight piled on because of it.

Living like this blurs your focus of what you should be doing with your life and it fills your days with stuff you shouldn’t be doing.

Success minded individuals often say things like, “Opportunity is everywhere.” I made the mistake of believing that once, but these days I know better.

There might be thousands of goals that are worthy of achievement for someone on this planet, but there aren’t many that are worth investing a portion of my own short life to achieve.

As I grow and gain experience and wisdom, I realize that the list of opportunities deserving of my time is actually shrinking.

And that realization, quite frankly, is liberating. Because it replaces a feeling of overwhelm with a feeling of peace and calm.

It gives me the power to exercise discernment and control over the direction of my life. And to be extremely selective about how I invest each moment I’m alive.

Today Is the Day to Drop the Pounds

If you’re carrying around extra weight like I’ve described, today is the day to drop it. ALL OF IT. It requires only a decision to be your real self and the courage to stand in that authenticity.

We are here for a reason and it’s high time that we all start living that out.

Your choices require no one’s approval and there’s no need to provide an explanation. There is only a requirement to act.

My hunch is that there are things you are holding onto in your life and business that simply are no longer worthy of your time. Maybe they never even were.

It’s just not a good use of your life to hang on. Think big, act big. Release what is not yours to carry. Don’t be afraid to move on.

Because it is only when you lighten up that you will fly.

[Ed. Note: Jason Leister is an internet entrepreneur, direct response copywriter and editor of “The Client Letter,“ the daily e-letter from ClientsSuck.net, where he helps independent professionals create success. You can contact him via his website at JasonLeister.com.]
Posted in Motivation, Self-Improvement and tagged goal setting, guidance, success
This error message is only visible to WordPress admins