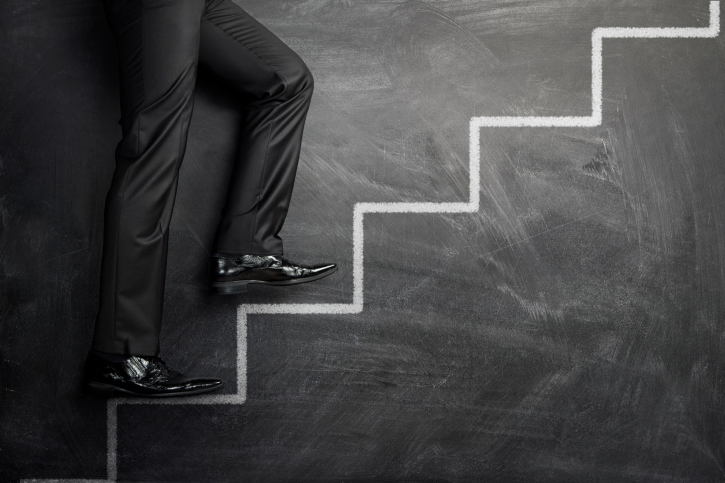 It was 9:30am on a Wednesday. And I was sitting in a bathroom stall in an office building in Ottawa writing Communist slogans on the toilet paper.

Don’t get me wrong, I wasn’t a Communist by any possible stretch of the imagination. I was doing this in an effort to stay sane. Working as a temp in a government office where not a single person bothered to learn my name was starting to get me down, and drastic measures were called for.

And so each morning on my break I stuck a felt tipped marker in my back pocket and went to the toilet. I rolled down the paper and wrote things like “Power to the People!” or “The Party is Always Right”. And then I rolled it back up again.

I spent the rest of my mornings unfastening endless piles of research grant applications and putting them into a different order, because the applicants hadn’t followed the directions. I was grateful for the money, of course. But it was mind numbingly boring.

Whenever I began to feel my soul draining out of me, I pictured some guy in the bathroom peeling off a strip of toilet paper and finding one of those slogans. His first reaction was likely to be, “What the….?” quickly followed by, “Why…?” And then hopefully he’d start laughing like he hadn’t laughed in years. I wanted to bring a little sunshine into that otherwise grey world.

I hated that job. I hated every job I ever had. I woke up swearing every morning. I swore in the shower and I muttered profanity under my breath all the way to work. I felt useless because the work I was doing had no meaning. I wasn’t drawing on my talents. I wasn’t making the world a better place. And I felt trapped because the pay I earned was barely enough to live on, and I didn’t have any savings.

I wanted to write, and I knew my words would add value to other people’s lives. But I couldn’t see a way to make enough money to survive at it.

I finally reached a point where that didn’t matter anymore. I couldn’t imagine a more miserable life than the one I was already in. And so I vowed to make a living by doing what I loved — or starve to death trying. And I meant it in every fiber of my being.

When the contract ended, I asked the temp agency to remove my name from their list. And that was the last actual “job” I ever had.

Since then I’ve met an awful lot of people who feel trapped by the miserable circumstances of their lives. They’re completely unhappy. But when I ask them why they don’t change, they say they’re afraid to take the first step.

Well I’ll let you in on a secret…

You don’t need courage to take that first step. You just need to focus on two things: hate and desperation.

You already know that I hated my old job so much that even the worst failure was better than going back to that office. But where does “desperation” come in?

Fast forward to a couple years later. I was earning a little money from my writing, but we were still living on my wife’s salary as a translator in the automotive industry.

Payment for freelance work was irregular at best, and I needed money to pay some bills. Badly. By the middle of next week. And I had no idea how I was going to get it.

I had no one to borrow from. I didn’t have a job. And I wasn’t expecting checks from any magazine publishers either — not that you can ever count on “Check’s in the mail” from them!

What did I do? I drew on everything I learned in my 20+ years of martial arts training. It was the only other thing I could consider myself a legitimate “expert” in. I drove over to Future Shop and bought a mini-DV video camera and some editing software with my credit card. Then I sat down with a paper and pencil and wrote a list of every crazy push up variation I could think of. I got on the floor and made up a bunch of new ones too.

I filmed it all as a 25-minute tutorial, named it Beyond Pushups, uploaded it to a website called E-Junkie, and linked it to my PayPal account. And then I posted a teaser and description of my program on a fitness forum where I was a certified coach, and I emailed the link to everyone I knew.

I set the price at $10. My wife didn’t think I’d even be able to pay for the camera. She gave me a smug look and said, “And then what are you going to do?”

I plugged my ears and went to bed. And when I woke up the next morning, I had $1,000 in my PayPal account. I paid off the camera and software immediately, and still made a nice little profit.

I ended up filming several more of those downloadable tutorials in the following months. One on ab exercise variations, one on ankle strength, and one on mobility drills using a stick. My audience loved them. Each one sold better than the previous installment, and always for $10.

People would write to me and say, “Why are you giving this away for so little? You could easily make it into a full DVD!”

But I didn’t raise the price. I over delivered and built loyalty and trust with my audience instead. And six months later, I coauthored a larger online product with a friend. We called it Bodyweight Exercise Revolution and it made $10,000 in its first month.

Fast forward again — this time by 3 or 4 years. That coauthored program evolved into a business partnership. Adam Steer and I created and sold many more online fitness programs through a site called BodyweightCoach.com. And today we’ve got a seven figure business called Shapeshifter Media, where we help other new authors publish their work in the online fitness niche.

So yeah, that’s what I tell people when they ask me, “How do you get the courage to take that first step?”

In my experience you need two things:

1)    Hate: you have to hate where you are right now so much that staying the same is far worse than the discomfort it’ll take you to change.

2)    Desperation: sometimes you have to back yourself into a corner so you’re forced to come up with creative solutions.

I hated my job so much that staying there was worse than the risk of trying to live my dream and starving to death. And I needed that moment of desperation — having bills to pay but no money to pay them with — to free up my imagination so it could find a creative solution.

But thankfully you don’t have to do anything dumb to get that desperation. There’s no need to go into massive debt, or poke a lion with a stick. It can be something as simple as setting a really tight deadline. Or buying a one-way ticket to a place you’re scared to travel.

Try it today. Rig the game in your favor and commit to your goal in public. You’ll be amazed at the creative solutions you come up with.

And don’t sweat it too much if you hate your current circumstances with the fiery passion of a thousand suns. I hated mine too. Transform that energy into positive momentum instead.

Tell us what first step you are ready to take.

[Ed. Note: Ryan Murdock is the author of Personal Freedom: A Guide to Creating the Life of Your Dreams. When not helping people find their own brand of personal freedom, Ryan travels the world’s marginal places as Editor-at-Large (Europe) for Outpost magazine. He recently released his first travel book, called Vagabond Dreams: Road Wisdom from Central America.]
Posted in Careers, Entrepreneur, Internet Business, Motivation, Self-Improvement
This error message is only visible to WordPress admins