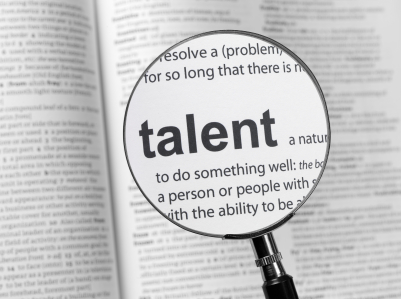 A young man in one of my seminars came up to me and said that he was working as a plumber for a large contracting firm. He made good money, but he was envious of the salespeople in his company who made more money, drove nicer cars, wore nicer clothes, and had much better lifestyles.

He had completed his training, had his journeyman’s certificate, and was at the top of his wage scale. The only way he could earn more money in his current job was by working longer hours. Instead, he wanted to get into sales.

I told him that if he wanted to get into sales, it was up to him to learn how to sell — and then to do everything possible to get his boss to give him the chance to sell the company’s plumbing services. His future was up to him. But he first had to learn how to do the new and higher-paying job.

A little more than a year later, he attended another one of my seminars… and brought me up to date on his situation.

He had told his boss that he wanted to get into sales. His boss discouraged him, telling him that plumbers have very little aptitude for the skills involved in selling a service. He then asked his boss what he would have to do to prove to him that he could do it. To make a long story short, his boss helped him learn how to sell the company’s services by recommending that he study manuals and take extra courses on his own time.

And that’s what he did. He bought books and listened to tapes and spent time talking to the company’s salespeople. As a result, he became a full-fledged salesman.

After five months in his new job, he was already earning more than twice as much as he had ever earned as a plumber. But most of all, he was happier.

He was more enthusiastic about his work than he had ever been. He loved selling, and he considered his career change to be one of the best decisions he had ever made.

This is typical of countless stories that have been related to me over the years. In every case, the individual had discovered and developed his or her strengths — and, subsequently, improved the quality of his or her life. You can do the same thing.

Thinking of yourself passively — as being employed and, therefore, subject to the dictates of someone else — can be fatal to your long-term success. In reality, you’re the president of your own personal-services corporation. You’re completely in charge of production, quality control, training and development, marketing, finance, and promotion.

Seeing yourself as self-employed forces you to recognize that you are also self-responsible and self-determining. That everything that happens to you happens because of your conduct and your behavior. You’re in the driver’s seat. You’re behind the steering wheel of your life. It’s up to you to decide how to utilize your talents and abilities in such a way as to bring you the very highest return on the investment of your time and energy.

No one else is going to do it for you. Others can help you, guide you, direct you, channel you, point you in the right direction, and even give you opportunities.

But in the final analysis, you’re the boss. No one else can make the critical decisions that will determine your future and your fortune. To that end, here are four questions that you need to ask yourself on a regular basis:

To uncover your strengths and determine your unique talents and abilities, ask yourself:

The answers to all of these questions will give you a good idea as to how you might increase your return on the energy you invest.
Then look at your current job, and ask yourself:

Look at your work and at your life in general, and ask yourself:

Remember: Whatever anyone has done, someone else can do as well. You’ll never be exactly the same as another person, but you don’t need to be. You can use the successes and achievements of other people as guidelines to help you decide where you want to arrive at the end of your particular journey. But you can be unique and different and successful in your own way.

As a result of your genetic structure, your education, your experiences, your background, your interests and proclivities, you’re a unique and rare combination of talents and abilities. You can be extremely good at something. And it’s your responsibility to find out what that something is.

Whatever you’re doing today, it’s nowhere near what you’re really capable of doing. The key to a happy and prosperous life is for you to regularly evaluate your strengths and weaknesses, to become very good in the areas you most enjoy, and then to throw your whole heart into what you’re doing.

[Ed. Note. Brian Tracy has accumulated over four decades of studying the success habits of successful people. He has then taken these practices to train groups, both individual and large corporations what is necessary to make personal success simple. He has offered his guidance as one of the ETR Transformation Contest experts, find out about Brian Tracy and his expertise here.]

Brian Tracy has accumulated over four decades of studying the success habits of successful people. He has then taken these practices to train groups, both individual and large corporations what is necessary to make personal success simple. Find out about Brian Tracy and his expertise here