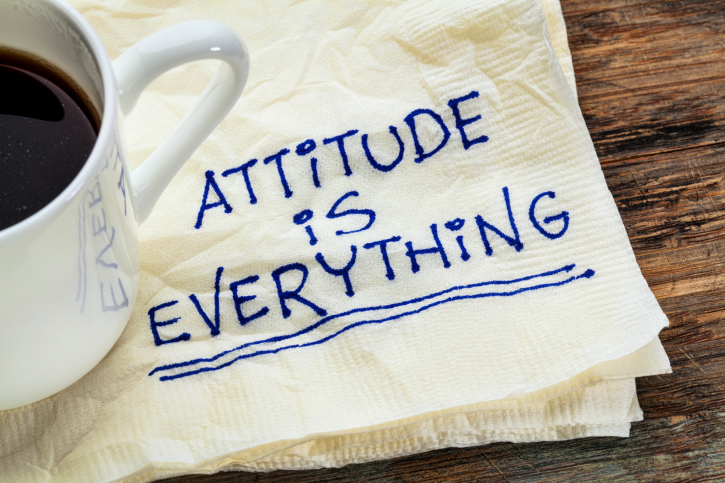 Billionaire J. Paul Getty was once asked to write a magazine article about how he became so rich, to which he responded, “Some people find oil. Others don’t.” Talk about playing into the hands of randomness advocates. I acknowledge that there’s a lot of luck involved in the way life turns out. But luck isn’t the only factor in the equation of life, so it’s unwise to depend on luck to guide your destiny.

The law of averages determines the long-term inevitability of things, i.e., it establishes odds. However, when it comes to the human experience, there’s an important additional factor to consider. Human beings, unlike any other species, are much more than just conscious creatures. Human beings can plot, plan, conceptualize, and even will things to happen. Unlike the flipping of a coin, human beings have the capacity to alter events.

But whatever decisions he makes — whatever his choices — they will have a great deal to do with his odds versus the overall odds of the general population dictated by the law of averages.

To be sure, randomness and inevitability will always take their toll. But you have been given the power to intervene, to affect the odds in your specific case. William James was unequivocal on this point when he stated, “The greatest revolution of our generation is the discovery that human beings, by changing the inner attitudes of their minds, can change the outer aspects of their lives.”

I thought about James’s quote when I read Viktor Frankl’s book Man’s Search for Meaning. Frankl was a world-renowned Austrian psychiatrist who followed in the footsteps of fellow Austrians Sigmund Freud and Alfred Adler. The most remarkable thing about Viktor Frankl was that the majority of his remarkable accomplishments in the field of psychiatry came after he had spent three horrifying years in Nazi concentration camps, including Auschwitz and Dachau.

In Man’s Search for Meaning, Frankl recounted, in vivid detail, the trauma, degradation, and suffering he endured during his incarceration by the Nazis. He described trudging through snow, ice, and mud, with no socks on his feet — frostbitten toes sticking through the holes in his shoes.

He recounted how the Nazis tormented him, beating him and hitting him on the back of the head with rifle butts, and what it was like to see friends and relatives stuffed into gas chambers or buried alive. Then, at the end of each brutal, agonizing day, sick from the pangs of starvation, he and his fellow prisoners would be given a cup of watered-down soup, with a single pea at the bottom of the cup, as their daily ration. He told of even having to sleep in his own excrement.

But perhaps the most fascinating reflection of all by this remarkable man who managed to survive three years of indescribable torture in Nazi concentration camps is when he stated, in Man’s Search for Meaning, “Everything can be taken from a man but one thing: the last of the human freedoms — to choose one’s attitude in any given set of circumstances, to choose one’s own way.”

Throughout Man’s Search for Meaning, Frankl emphasized that attitude was an essential, shared element among those who survived Auschwitz and Dachau. I was so impressed with Frankl’s emphasis on attitude as the key to his survival that it prompted me to take a closer look at the phenomenon commonly referred to as “positive mental attitude.”

I am still of the opinion that most people who expound the virtues of maintaining a positive mental attitude do not have a clear understanding of what it really means. In fact, when I was much younger, I was very cynical about people who advocated PMA, because those who most vociferously promoted its powers often seemed to be advocating a superficial approach.

Worse, I noted that this artificial approach often backfired over the long term. The problem is that if a person merely smiles and makes superficial proclamations about his attitude, or paints on a happy face and inundates everyone around him with positive statements, he is likely to become disenchanted with PMA at the first sign of failure.

Because atoms vibrate at tremendous speeds, and because all atoms are connected, it makes sense that a person’s thoughts have the power to attract to him the things, people, and circumstances he envisions. It’s a matter of science!

Therefore, theoretically speaking, our limitations are pretty much where we choose to place them. I use the term theoretically, because a positive mental attitude doesn’t give you omnipotence. But to the extent having a positive mind-set becomes a way of life for you, one thing is certain: You will have a better chance of succeeding at everything you undertake.

Make no mistake about it, Viktor Frankl’s positive attitude didn’t guarantee his survival in Auschwitz and Dachau, but it did guarantee that his odds would be much better than if his mind had been negative regarding the possibility of survival.

Put another way, while we are never free from the inevitabilities of life — illness, accidents, natural disasters, and the like — we are free to choose our attitude toward them. And in so doing, we can at a minimum swing the odds in our favor and dramatically increase our chances for success.

Find out the 10 books I recommend for all ETR readers at the bottom of this article here.

[Ed Note: Robert Ringer is the author of three #1 bestsellers, two of which have been listed by The New York Times among the 15 best-selling motivational books of all time. Through his books, articles, speeches, and seminars, he has helped more people transform their aspirations and goals into reality than perhaps any other author in history. His articles appear regularly in Early to Rise, A Voice of Sanity, WorldNetDaily, and numerous newspapers nationwide. Gain immediate access to A Dealmaker’s Dream and many bonuses for 66% off here.]
Posted in Motivation, Self-Improvement, Skill Development
This error message is only visible to WordPress admins