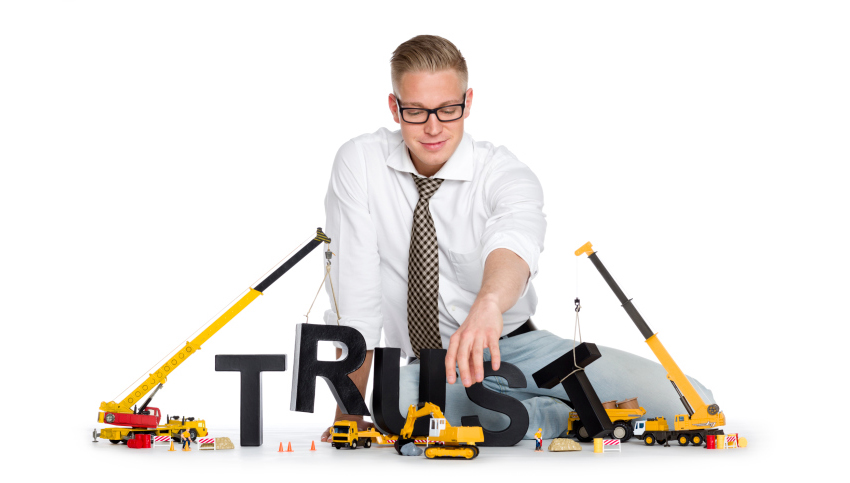 Honesty is the only way to make money in today’s world.

Nobody believes me on this. People laugh at me. “Don’t you know anything? Of course dishonest people step on the honest people and have more success.”

People want to justify their own failures and use their pretend-goodness to explain why they didn’t start Google, or steal $65 billion, or get that last promotion when the backstabbing b***h from aisle 3 got the raise after doing who knows what.

But here’s the truth. Dishonesty works… until it doesn’t.

Everyone messes up. And when you are dishonest, you are given only one chance and then it’s over. You’re out of the game – at least until you get your act straight and you have to start from scratch with your tail between your legs.

HONESTY COMPOUNDS. It compounds exponentially. No matter what happens in your bank account, in your career, in your promotions, in your startups.

Honesty compounds exponentially, not over days or weeks, but years and decades. More people trust your word and spread the news that you are a person to be sought out, sought after, given opportunity, given help, or given money. This is what will build your empire.

I know this through countless failures. The more times I fail but communicate about it, the more times I make no money at all but let someone have ideas for free, the more times I try to “get mine” but only end up getting stabbed by those who think it’s okay to be dishonest, the greater the number of seeds I’ve planted and the more money I’ll make in the long run.

Be dishonest once, and all of those seeds will be washed away in a thunderstorm of life-killing proportions. A hurricane of despair that will sweep away all of your opportunities forever.

You are left with a desert and will have to start again.

How you can be more honest in your life…

GIVE CREDIT.
Even if the ideas were all yours. Even if you made nothing on them. Even if they were blatantly stolen. Give credit and move on. Hoarding your ideas for the moment when you can shine, will only leave you by yourself in a dimly lit room with only a mirror to stare at.

BE THE SOURCE.
“But if I give ideas for free, what if they could’ve made a billion dollars? I always get screwed by my partners.” If you are the source of ideas, then you are ALWAYS the source. Forget the losers who steal. Move on. You become THE fountain of ideas. People come to the fountain and make wishes and throw money in. Don’t be a trickle of dirty water. Be the fountain and let people know it by giving away all credit and rewards.

TAKE THE BLAME.
“A ‘No’ uttered from the deepest conviction is better than a ‘Yes’ merely uttered to please, or worse, to avoid trouble.” – Gandhi

DON’T LEAD A DOUBLE LIFE.
Everything you do takes up space in your brain. If you live a double life (and you know what I mean if I’m talking to you), then that extra life takes up neurons and synapses working overtime. The brain can’t handle it. It starts to degrade instead of grow.

DON’T BE ANGRY.
Anger is a form of dishonesty. Nobody is perfect. It’s a lie to expect the people around you to be perfect. Of course, you can’t control your anger. Sometimes it just happens. But note it for what it is, examine it, and try to turn it around, even just a little – in order to learn more about yourself rather than to blame someone else. That’s where the honesty will compound.

NO EXCUSES.
When I lost millions of dollars in 2000 to the point of going completely broke and losing my home, it was easy to blame an “Internet bust” and “corrupt CEOs” rather than my own lack of experience in the financial world. Excuses are easy lies we tell ourselves to cover up our failures. One such excuse is, only dishonest people get ahead. This is also a lie.

MAKE OTHERS LOOK GOOD.
This is more than just giving credit. At heart, everyone wants to be perceived as special. That’s because everyone is special but are often never acknowledged that way. Be different. Be aware of the smallest movements around you and acknowledge them. Nobody will forget that.

DON’T GOSSIP.
One time I trashed an entrepreneur I had invested in to another investor. Later that day I was supposed to have dinner with the first entrepreneur. By that time, just four hours later, he had heard I trashed him. He never trusted me again. People always hear. And if they don’t hear, they feel, because word gets around. And you can’t predict this. And it’s another way of living a double life.

DO WHAT YOU SAY YOU ARE GOING TO DO.
Be that guy.

ENHANCE THE LIVES OF OTHERS.
In 1999 some of my employees in my first company left and started a competitor company. Some of my partners were mad. I encouraged the employees. How come? Because nobody needs to be my employee for their entire lives. Always help people grow into their own potential.

I haven’t always been honest. I try. And I hope I’m getting better. I try every day to improve and to follow the advice I’ve just given you. Otherwise I wouldn’t have given it. But I’ve seen it. With people who have been in business for ten, twenty, forty years.

Honesty compounds little by little. And that compounding turns into millions or billions.

The dishonest people disappear. They die. They go to jail. They don’t maximize their potential. They run. They are scared.

But the people who need someone to call, someone to share with, or someone to give to, these people will know who to call.

They will call you.

[Ed. Note: James Altucher is a successful entrepreneur, chess master, investor and writer. He has started and run more than 20 companies, and sold several of those businesses for large exits. He can be found online at jamesaltucher.com and @jaltucher, where he spills his guts and talks about failure, success, more failure, a little bit of death, and hopefully some life. His latest book, “Choose Yourself!” debuted on the Wall Street Journal Bestseller List.]
Posted in Careers, Motivation, Self-Improvement
This error message is only visible to WordPress admins